Part of growing up in life, is growing up. Not to compare to anyone but yourself, but sometimes it is nice to check in how the industry is doing.

The passion in this article is me just making sure you make the right moves to win your league. At the end of the day, I want everyone who reads my articles on BEAST DOME to be winners! I want you to win with my free content, which makes you want to sign up for my Packages, and then we BEAST together to the next Level!

I used to throw fits at FantasyPros for their Ranking System telling them it was flawed, whoever was the closest to the middle sheep was the winner, not the person with the best picks. They saw that, and they fixed the algorithm. Once upon a time, less than 5 years ago all of the Sheep Experts were HIGH as a Kite on Toby Gerhart and Cordarrelle Patterson to be superstars of Fantasy Football. You cannot make this stuff up.

I of course being the BEAST I am knew they were BUST plays from Day 1, and had breakout stars higher than every expert across the board, yet still finished behind all the Experts.

One of those Experts who wins the tournament often is John Paulsen. I will call him Alpha Sheep. John never thinks outside the box and leads his Sheep to horrible seasons year after year, I called out his Andy Dalton pick last season the second I saw it.

I Present to you: The Sheep QB Draft Guide

Is Paulsen really still giving love to Mariota? If I suggested those QBs last season, I would be out of business this season. Saying Stafford “Worked Out” does not = Championship. 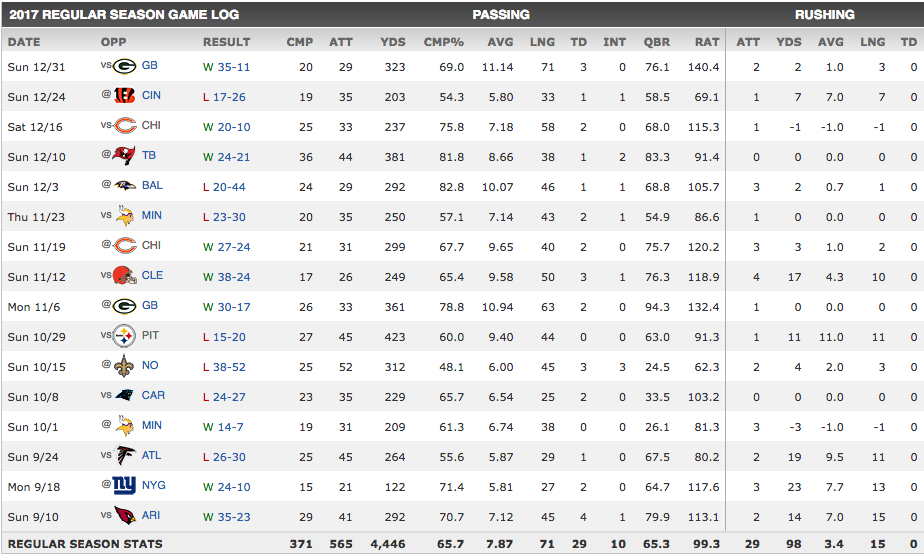 Stafford score 20+ Fantasy Points, which I consider QB1 value, only 4/16 Games, (Week 17 does not count in Fantasy). That is 25% of the time you are getting QB1 value from your starter, and if you made the Playoffs. Stafford averaged less than 12 Points Per Game in Standard Leagues. That equals a losing season guaranteed, yet they still run their false advertisment.

Then Paulsen decides to recap further back in time.

Essentially what he is saying, I wish Muntradamus told me who to draft at QB the last two seasons. Do not forget the record breaking Peyton Manning season every MVP cashed in.

SIGNUP FOR A BEAST PACKAGE TODAY

NOTE he lists every single QB in his article as someone he would draft, I am not even kidding. Here is all you need to know.

You sound so smart talking about Jim Bob Cooter, just listing numbers like that. Wow you must really do your HW. Guess who was on the Jim Bob Cooter Train in late 2015, before the train was even on the tracks. Yes your man right here, Stafford was our guy in 2015 & co/Matt Ryan 2016, you just found out 2017.

Then after talking about every QB as someone he would consider from Aaron Rodgers, to the 12 middle QBs, to the outliers.

Really? Andrew Luck a potential league winning pick? Last year I threw the towel down and held my prisoner hostage as I said Andrew Luck was not a QB to Draft.

Every Expert had him Ranked #1 during Draft Season, before they announced he was out for the season many burned a horrible pick. I was against it from day 1. To say Andrew Luck seems healthy now? He did not look good during this preseason at all? Offensive Line still cannot block. Running game still not a threat. T.Y. Hilton seeing double/triple coverage, good luck with all that. Potential league winning pick material right there.

To close it out he says he would avoid all the QBs though, and wait until the very end. 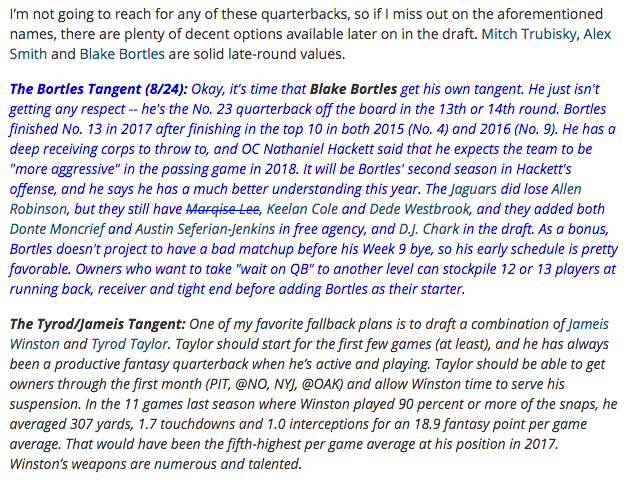 If you end up with Bortles/Tyrod/Jameis as your QBs, even Trubisky or Alex Smith. When there are legit star caliber QBs in the game today, and Future Hall of Famers, and QBs on the rise. Yet you are telling your crowd to settle for 12-15 Point Per game, MAX. When the QB position is one of the most entertaining positions to watch in Fantasy Football.

All so you can draft one of these BUST WRS 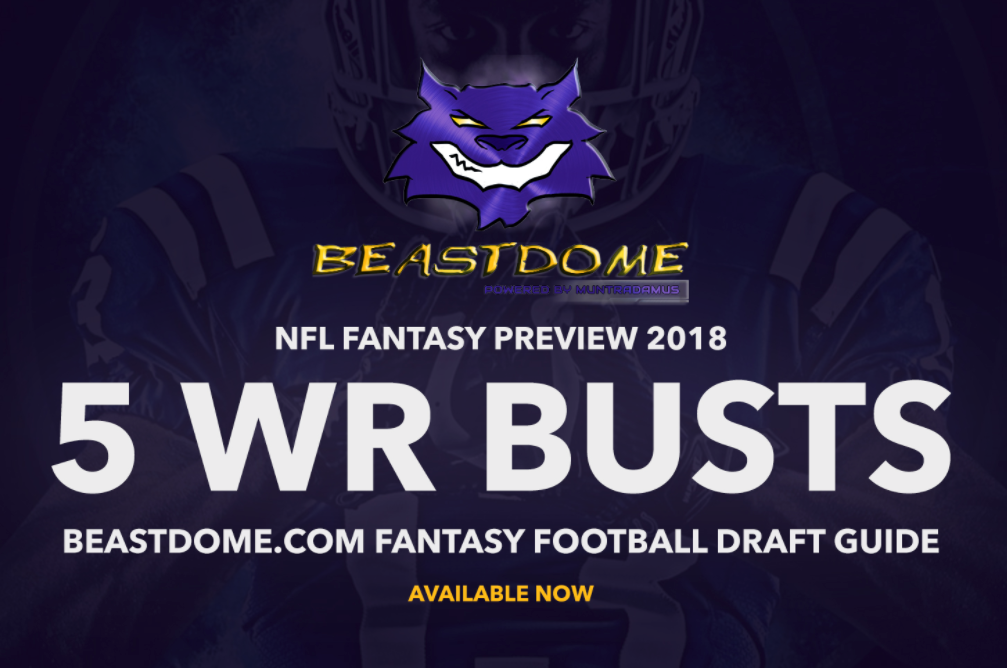 In any Standard 14-16-12-10-8 man league, there is no way in the world I would suggest you own yet alone start these QBs, that will lead you through the new year. You follow that strategy, you will have just lost your Fantasy Football Season and it is time to start 2019 fresh off of a losing streak. That is a horrible feeling and I feel horrible for anyone that has to go through that.

Side note, weakest analysis I have ever read, the entire article. https://www.4for4.com/fantasy-football/2018/preseason/john-paulsen-2018-fantasy-football-draft-day-strategery

The BEAST DOME DRAFT GUIDE IS NOVEL SIZE with detail write ups about every player.

Let us talk about RB#14 for John Paulsen, of course now out for the year but with less than 7 days from kickoff, everyone has been burned as he was clearly not an avoid for his group.

AFTER WATCHING HIM PRESEASON WEEK 1 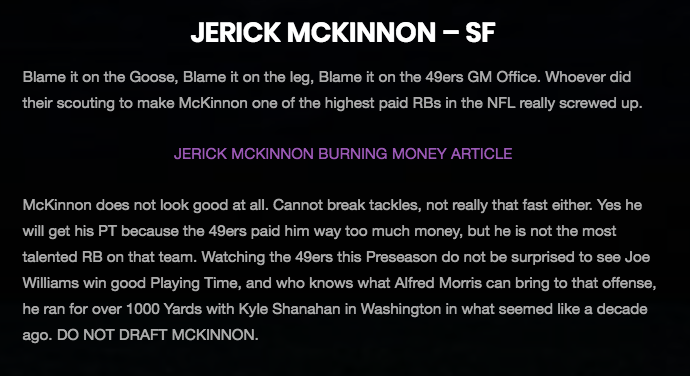 SIGNUP FOR A BEAST PACKAGE TODAY