EVERY FOOTBALL SEASON. The masses goto the Industry Experts, all getting the same research, all just picking along with the ADPs, all finishing at the back of the standings.

EVERY FOOTBALL SEASON. The BEASTS goto BEASTDOME.com, they get a detailed Draft Strategy that I orchestrate to the detail. They win, they come back for more. 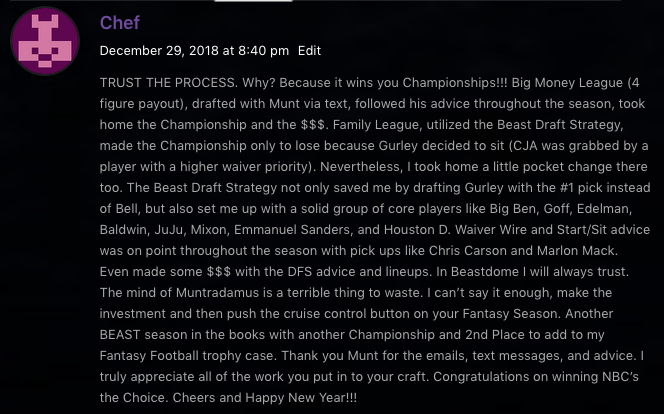 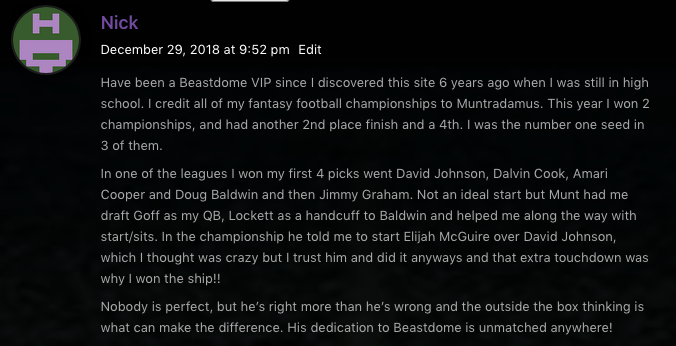 This year the Fantasy Football Draft Strategy is so on point.  You will dominate your league no problem. You will be in auto pilot. There is zero luck involved, you will be zigging and zagging, while everyone is just following a straight line.

If any of the Fantasy Football Sites you are looking at reccomend any of these players as guys to target. Stop what you’re doing right now and get the Free Draft Guide this year on BEASTDOME.com

THESE ARE THE PLAYERS NOT TO DRAFT IN EACH ROUND

Unless your player is a pure superstar that can dominate a game by himself, you do not want one of your superstars to be on a losing team. Nothing worst than seeing your star player on a team that has given up. The Cardinals are without Patrick Peterson for the first 6 games of the season, which means later on they will have a losing record and the team will be out of it. Kliff Kingsbury and Kyler Murray do bring some excitement to the table, but the Cardinals WR core is not effective enough to make any offense work.

Taking David Johnson in the 1st Round is the quickest way to put yourself in a hole. With Melvin Gordon contract holdouts taking place, Johnson may even slip in front of Melvin Gordon! David Johnson is not part of the BEAST DOME Draft Strategy, not someone we are taking in Round 1 or Round 2.

Gurley and his best days are over. He is still a great RB, but this Fantasy Football season is a long one and the last thing you want is your 2nd Round Pick to be sitting out random games of the season. Or even worst, get the start and then only see a handful of carries to limit his load. Knee arthiritis is no joke, especially when you are on a winning football team that has Super Bowl on their minds. If the Rams are up by 21 points, Gurley is out of the game. No Garabge time is how a Fantasy performance turns legendary.

Gurley is too inconsistent to trust with health issues, the handcuff RB situation is very fluid as well. Avoid at all costs.

Everyone loves Damien Williams to be the next Kareem Hunt. With a vote of confidences from the coaches, Williams has been named the starting RB. In July! It is July, are you not ready for the preseason MVP in Carlos Hyde & Go BEAST. Hyde is a superstar RB who is far superior runner than Damien Williams. Maybe Williams has better hands, and a better blocker. Being that was the only way he could survive on rosters leading up to his promotion.

However Carlos Hyde is a different animal. A different BEAST. At the very least this is going to be a RBBC, but do not be surprised if at somepoint later this year, Hyde is the main RB and Williams goes back to his role as a 3rd down RB. This is the first time in Hyde’s career, he is with a BEAST offense.

Best offense before this was Colin Kaepernick days.

Amari and Dak went better together than AC/DC, after Carr became afraid to throw the ball deep. Cooper is a star, but Dak is not the best QB in the world. That is no surprise, what is a surprise is that everyone expects Cooper to dominate against a very tough schedule. 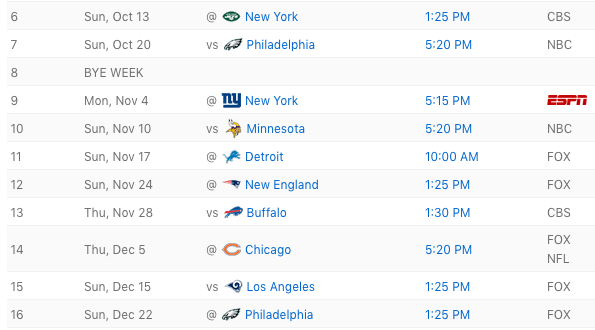 All of a sudden everyone is writing off Malcolm Brown who did a great job before getting shutdown with a shoulder issue. He did not fumble, he ran hand, he caught passes, he blocked. Malcolm Brown did everything he was supposed to do.

John Kelly was all the hype last preseason, ended up being nothing more than a 3rd stringer, but he definitely is a candidate for a big preseason this year as well.

Everyone thinks Henderson is definitely the guy. A small, not so fast, not so powerful RB who went to Memphis which means he did not play against the toughest schools. Malcolm Brown (Texas) & John Kelly (Tennessee) went to big program schools and were superstars their entire life. They are not about to allow a RB from University of Memphis get in on their parade.

Pettis this, Pettis that. Everyone loves Dante Pettis and his long lengthy frame. Yes it sounds like a great picutre, Jimmy G. finding Pettis deep down the field. With that being said, that picture will happen far less frequently than we think.

Hehas to see his targets. Best thing that happened to SF this season was Kittle getting more involved.

Goodwin and Jimmy G. were bread and butter. Their chemistry is definitely more sharpe than Pettis and Jimmy G.

49ers RB, the 49ers are three deep at RB. Not just three deep, but these three are all very talented. Minus McKinnon.

GET THE FREE DRAFT GUIDE. CHANGE YOUR SEASON!