I said it back when Spring Training started, and I will say it again.

Look at how the Players This Spring are doing that I raved to you back in Februrary.

The party is just getting started.

MUNTRADAMUS vs. THE SHEEP

ARROWS INDICATE MY RANK vs. THE EXPERT RANK 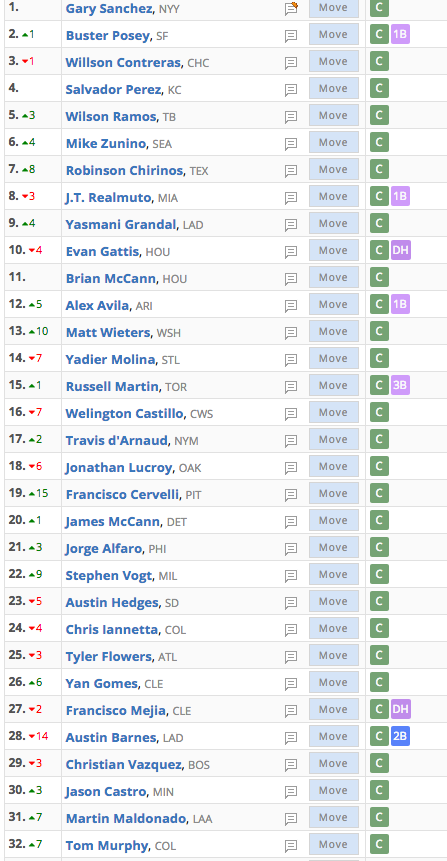 The catcher strategy remains the same. Go after Gary Sanchez in Round 1, Pick #1. I definitely would not go Trout, while his talent his ELITE the OF position is very deep. I would at first go Altuve, but have decided against it after you see all the Sleeper options at 2B. While Altuve is a superstar at 2B. There is more power from players like Schoop, and there is more speed from players like Dee Gordon that go a few rounds later. If you want to grab your 2B option early, I would wait later than that.

The difference between Gary Sanchez and all the rest of the cathers is not even comparable. Gary Sanchez is not only the only catcher who can hit 30 HRs this season, but he can hit 40. He will lead all catchers in HRs/RBIs/Runs while hitting a decent average. If you are in leagues that require two catchers, then Robinson Chirinos is fine to wait on. Chirinos can easily hit 20+ as a full time go in Texas. Do not look past Matt Wieters who will not even be drafted in all leagues. Yes Matt and his should problems are problems to be concerened with. However he is healthy this season, he is crushing it this Spring hitting over .350+ with a HR. He knows this is his last chance to get a big contract. Staying healthy in that Nationals lineup should result in automatic numbers.

Moral of the story. GRAB GARY SANCHEZ with your 1st Round Pick no matter what!! 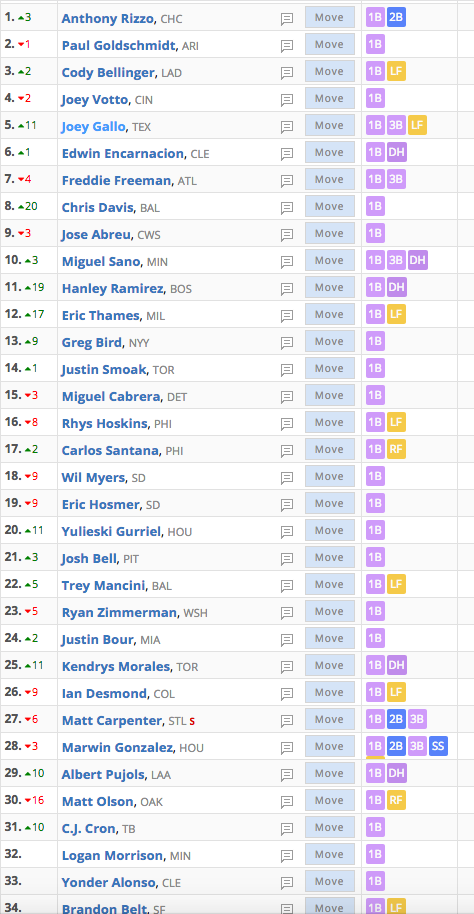 Chris Davis will go very late and can start the season on the DL, which means he will not even be drafted in some leagues. This is a guy that can still lead the MLB in HRs. With drafting Chris Davis, you must also end up with Hanley Ramirez, who will also maybe not get drafted. Hanley is healthy after off-season shoulder surgery. Hanley has been telling reporters all spring he wants to hit 30 HRs and record 30 SBs. He added he can steal 40. Hanley will be playing 1B everyday for the Red Sox and there is no doubt he can be a monster. That lineup is stacked and even with a horrible shoulder missing nearly 50 Games. Hanley still hit 23 HRs. Hanley will be a BEAST, Chris Davis will be a BEAST.

1000 FREE DFS TOKENS WITH ANY PURCHASE! 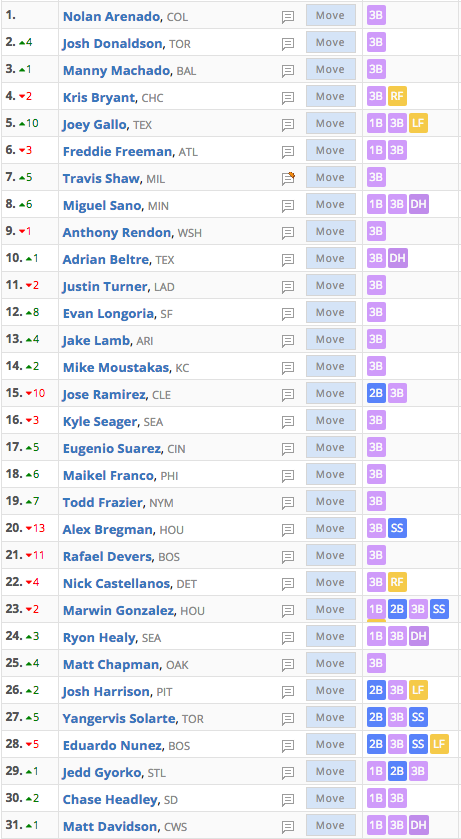 Josh Donaldson in Round 2 is not a bad option. The guy can hit 40+ HRs with ease and well over 120+ RBIs while helping your batting average. Donaldson is a stud who is ready to return to MVP form, playing in the AL East guarantees he will be in HR ball parks all season. A guy that good, that is too dangerous.

If you miss Donaldson, target Joey Gallo around Round 7-9. If you miss Gallo, target Shaw/Sano. If you miss those guys as well, Evan Longoria/Eugenio Suarez/Makiel Franco/Todd Frazier can each hit 25+ HRs and give you good numbers. Those guys will not even be drafted in leagues that require 1 3B option.

DO NOT PICK THE WRONG PITCHERS!

FANTASY BASEBALL IS THE ONE FANTASY SPORT

THAT LASTS A LIFETIME.

YOU WILL BE A NEW PERSON FROM GAME 1 of the Fantasy Baseball Season to Game 162.

When you look at your Hitters stats day after day. You want to see your hitting smashing HRs and RBIs with the Speed throughout the lineup. You do not want to see .270 batting average. 0 HR. 4 RBI.

When you look at your Pitcher Stats. You want to see Wins. Ks. AND SAVES!

Nothing worst than having your pitchers give up 5 ER in less than 3 INN. Get the Draft Guide and get the Ace Staff you need to BEAST.

DO NOT FOLLOW THE SHEEP INDUSTRY EXPERTS who only relay stats and Rank Players the Exact Same.

Hating on a player one year, then praising him the next only because he had good stats.

RAY FLOWERS GAVE UP ON VERLANDER 3 YEARS AGO 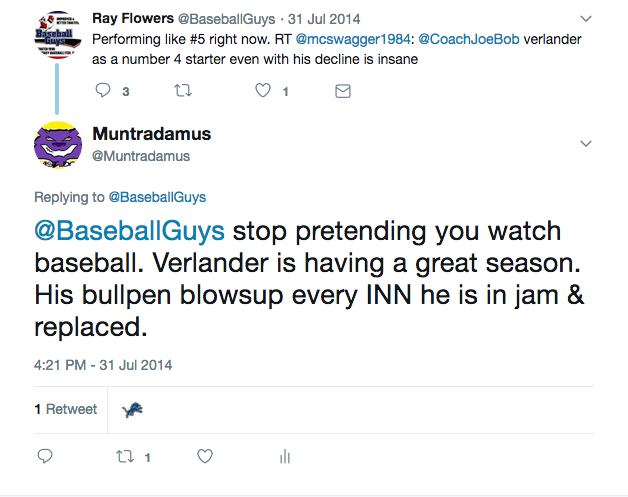 GET THE BEAST DOME DRAFT STRATEGY.

BEAST PICKS YEAR AFTER YEAR IN ALL SPORTS.

STAY AHEAD OF THE CURVE. BEAST YOUR LEAGUE.

1000 FREE DFS TOKENS WITH ANY PURCHASE!