Another BEAST season for the BEAST DOME Nation.

When you look at the cover of the 2020 BEAST DOME Draft Guide. You see that I called MVP seasons, aka Ranked the Highest on FantasyPros the player that won MVP. 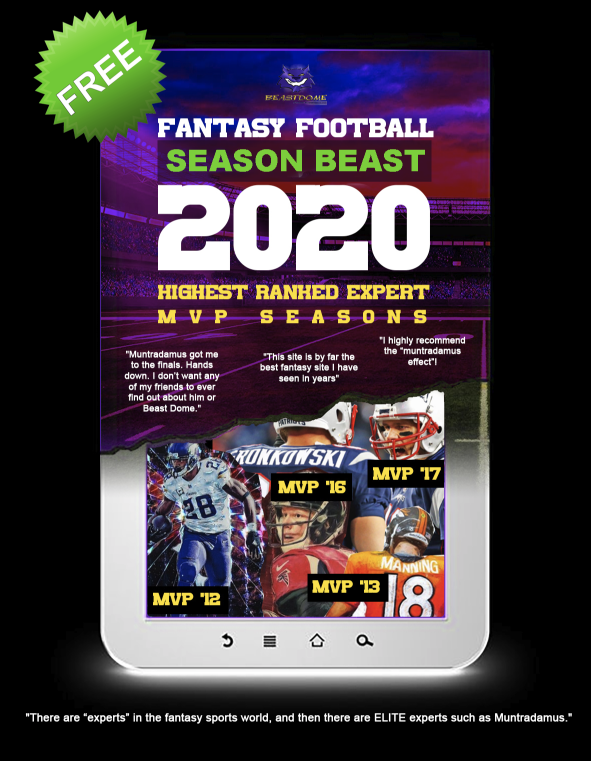 Would it surprise you if that happened again? 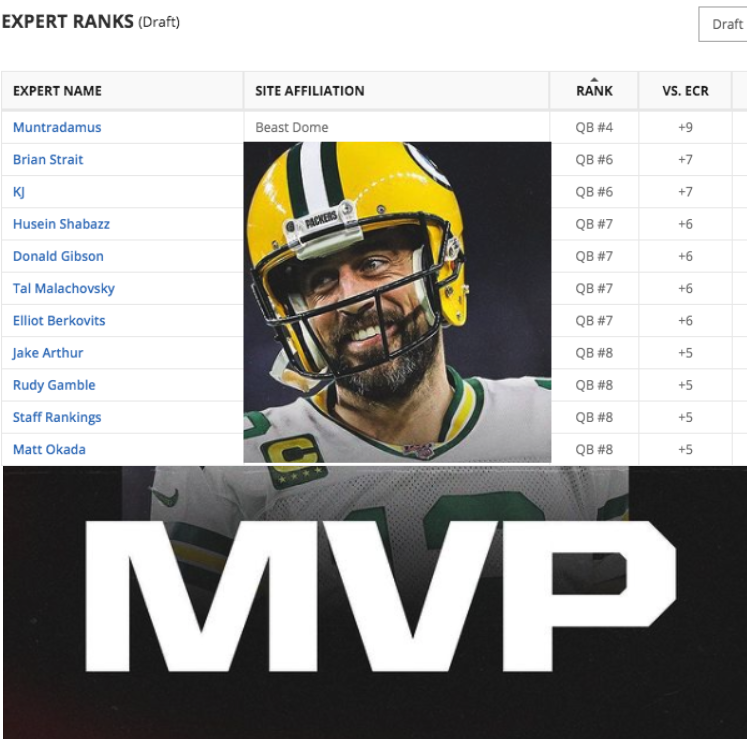 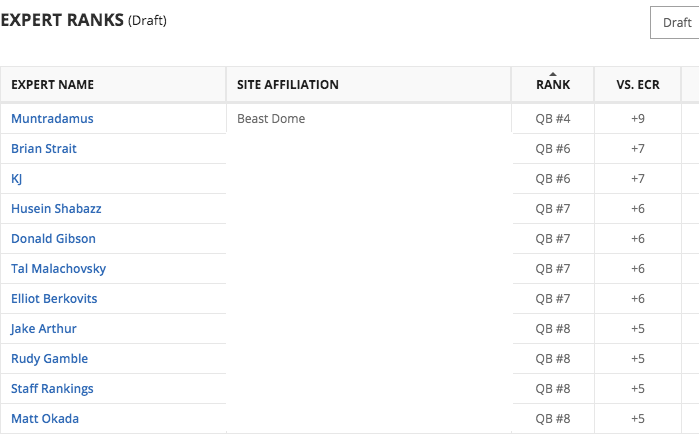 Aaron Rodgers was part of the Draft Guide and he actually was the #2 QB in my Rankings before he lost Devin Funchess, can you imagine what his 48 TD season been had Funchess been the #2 WR. The real QB for the BEAST DOME NATION to bank on this season was Tom Brady. 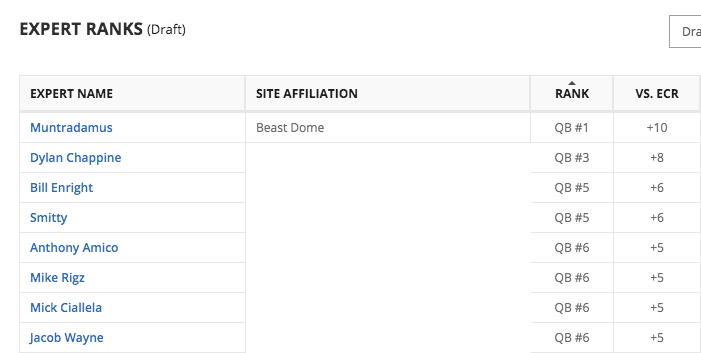 Tom Brady was 3rd in the NFL in Passing Yards. He was also T-2nd in the NFL in passing TDs with 40. Most important of all, Week 15 he had 390 Passing Yards and 2 TDs. Then in the big Fantasy Football Week 16 Championship game, Brady had 348 Passing Yards and 4 TDs. IN THE FIRST HALF! He was pulled for the rest of the game. While winning a Super Bowl does not matter in Fantasy, still a good achievement to throw in there. Especially when the Sheep consensus was QB2 and was available at Round 6 for everyone. 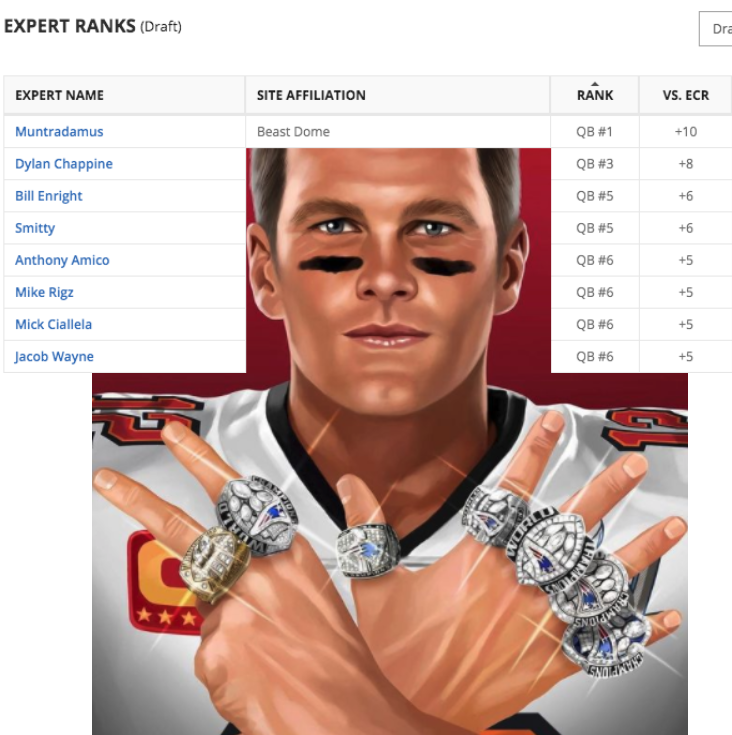 So the QB game was spot on, no surprise there as the BEAST DOME QB has been BEASTING year after year. However what really sets me a part from everyone else is how SHEEP everyone can be. 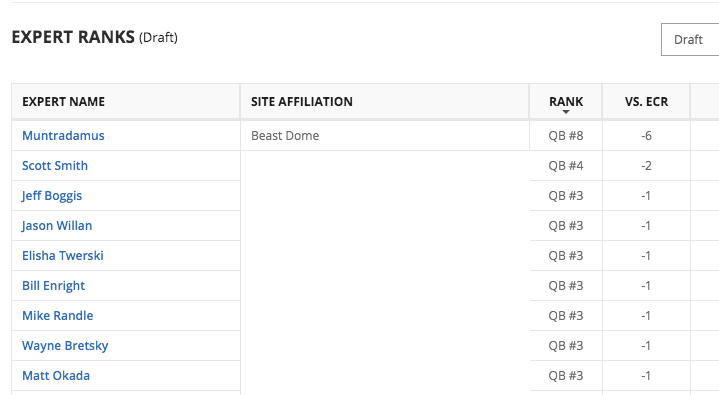 While Lamar Jackson turned it up to close out the season, the first half of the season was horrible for Jackson owners. By himself, Lamar made it almost impossible for any Fantasy Owner to comeback from such a horrible start as people burned their 2nd/3rd round pick. LAMAR OF ATTRACTION.

Speaking of burning your 2nd or 3rd round pick, no expert ranked DJ Moore lower than myself. FantasyPros took off the Ranks before I can pull them up, but Moore was on my Bust list all day. A horrible season for a guy who was being drafted ahead of Patrick Mahomes in some leagues I was part of.

I was the only Expert that was calling you, “Sheep” if you drafted CMC as the #1 Pick in your Fantasy Football league. You can read the full article here, essentially you lost your league if you drafted CMC who could not stay healthy. Something I noted that was a concern in the article.

Where to start with Clyde & Go BUST.

Was it the first time I said he was a bust when Damien Williams was still on the squad?

Or when I doubled down afterwards when everyone said automatic 1st Round Pick right behind CMC?

For anyone that wants to say it is because he was injured he was a BUST. CEH had the entire 1st half of the season to show us anything special. Only thing he showed us is he can run against defenses that need to sell out to stop the pass. CEH has zero red zone skills, and pretty much no skills at all. Besides being very fast. That is a quick way to being nothing.

HERE IS A LIST OF MY RB BUST CALLS of 2020. Besides Jonathan Taylor who got help from Marlon Mack getting injured Week 1, this list could have saved your season. 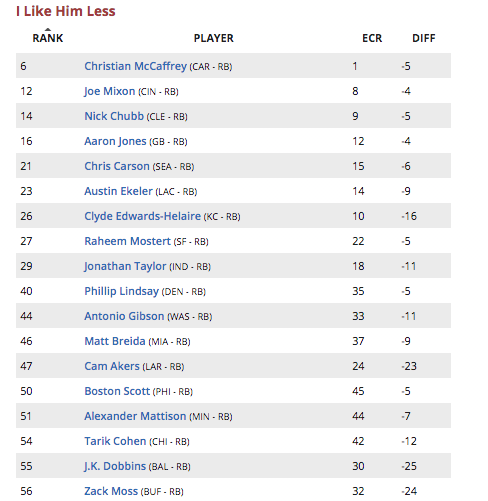 Who was my #1 Pick this season in Fantasy Football? 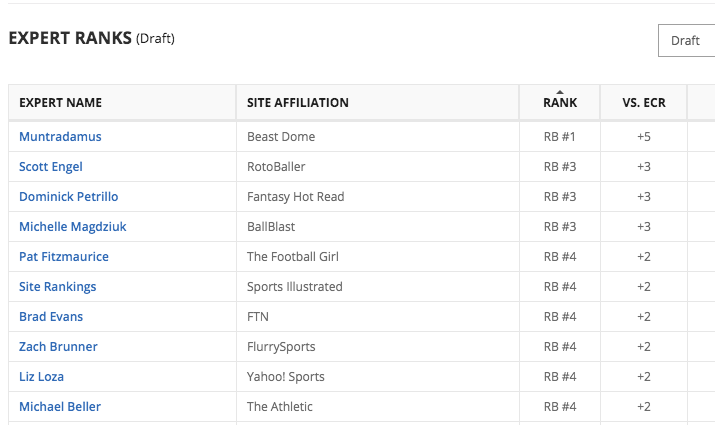 The only Fantasy sports website to Rank Alvin Kamara #1, the actual #1 RB this season in Fantasy Football. In .5 Point PPR leagues, he outscored Henry by 20 Points. Kamara was a BEAST on the day after Christmas racking up 5 TDs, and he along with Brady made everyone’s Fantasy Football Playoffs a very easy task.

Diggs finished as the #2 WR in Fantasy Football this season. A lot of the BEAST DOME MVPs were not able to draft Diggs this year because he did not exactly fit the strategy in most cases despite the high ranking. Why did they not draft Diggs?

Unfortunately, FantasyPros pulled the Rankings away before I can grab where I was on David MontyG. Definitely in the Top 1% as he was our 4th Round Target in all leagues. David MontyG actually finished the Fantasy Football season as the #4 RB in the game. After a slow start to the year, MontyG and the Bears really came alive late in the season. Another extra added BEAST to make sure you won the whole thing.

& what was my predicted Super Bowl? 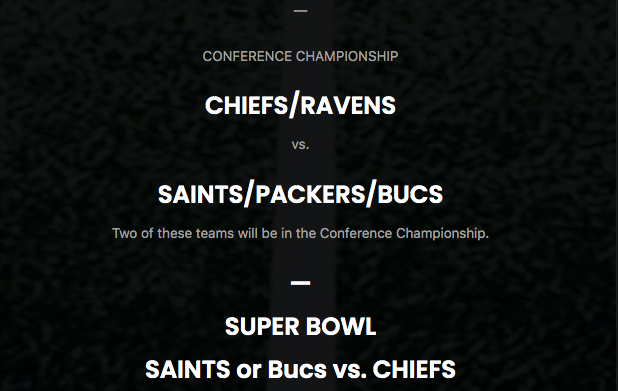 Thank you and good night