From the skies of the Fantasy Football Earth, to the ground in reality. Everyone is overhyping Kerwynn Williams as the potential lead RB for the Cardinals now that David Johnson is out with a Wrist Injury. Kerwynn is an average talent at best, and he does not bring a lot to the table for the Cardinals running game. He will definitely not be the 3rd down RB, that role will goto Andre Ellington who two seasons ago was the starting RB for Arizona. Despite being the starting RB back in 2015, no Expert Ranked Andre Ellington lower than myself that season. Regardless of that fact, Andre Ellington is a favorite of Bruce Arians when he was the man. 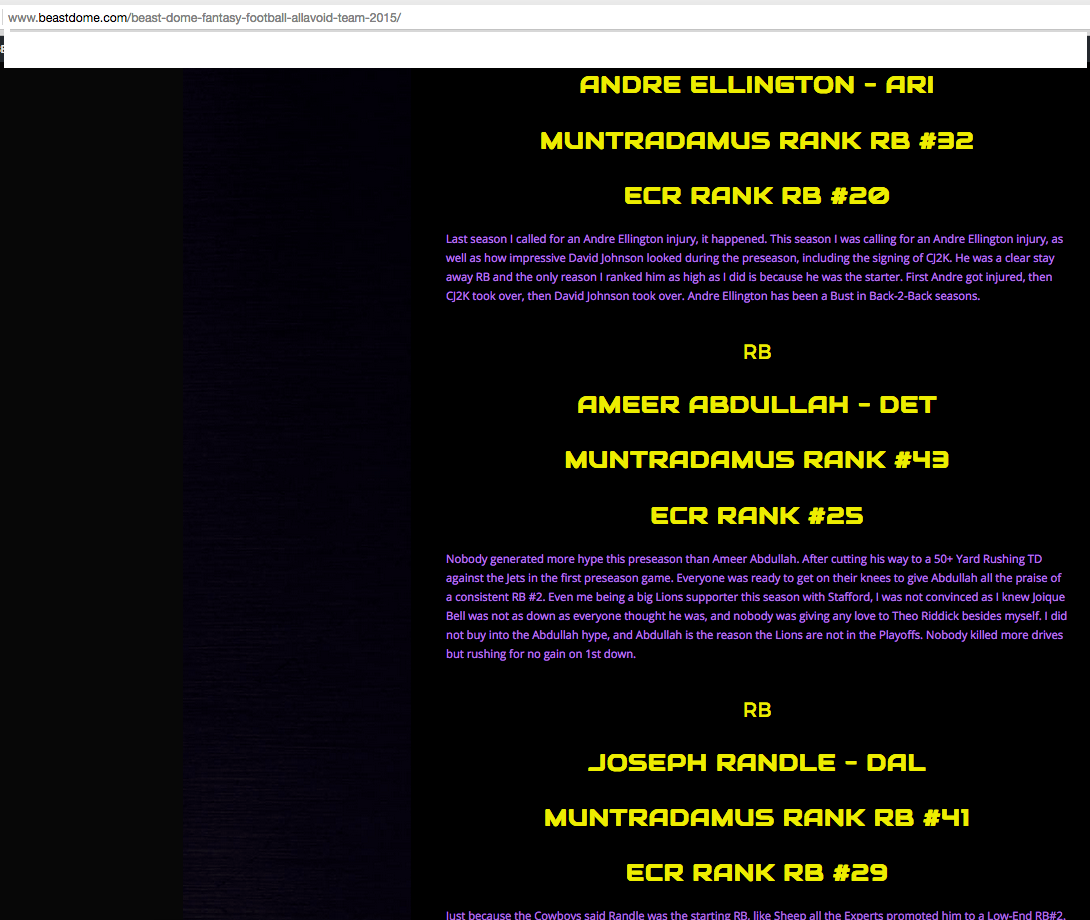 While Andre Ellington has shown flashes of being his old self before the injuries during this preseason. The re-signing of CJ2K means more than any Fantasy Expert can comprehend.

CJ2K re-signed with Arizona this season because they promised to keep him involved like he was last year before he went down with a Sports Hernia in Week 3.

When it appeared this preseason that CJ2K was not the same RB after a couple of fumbles and no more breakaway speed, the Cardinals did not feel like blowing $1million on a backup RB. Which is more than Adrian Peterson and Marshawn Lynch recieved for their signing bonus. Which resulted in CJ2K being cut. With David Johnson out, instantly Monday Morning, Cardinals were already rumored to bring back CJ2K, and he signed with them Tuesday Morning.

Chris Johnson may not be the same RB he once was, but Kerwynn Williams is not a quality starting RB in the NFL. Andre Ellington is too small and fragile to carry the load. CJ2K is going to be the RB for the Cardinals.

So when it comes time to decide if Kerwynn Williams is a BEAST or a BUST. The answer is clear, BUST. Go add CJ2K to your Fantasy Rosters.