Crawl For Your Ball (Montee Ball)

A man that needs no introduction, will get one anyways.

You also know exactly where you were on Week 2 of the NFL Season in 2013 when the Manning Bowl took place in New York. There you were watching the Broncos drive down the field, and Montee was in the game on 1st and Goal, 1st Quarter. Already calculating how many Fantasy Points he would have after he scores his 1st Touchdown, as well as how many he could have in this game. But then…the fumble. Knowshon Moreno went on to score 2 Touchdowns in that game, and the rest was history.

Since that fumble. Knowshon Moreno/Ronnie Hillman/CJ Anderson have all put up RB#1 numbers in the System that I called out to be the best system in the NFL. And not just RB#1 Numbers, but Top 8 RB production when their number has been called. Montee Ball 2013 Rookie article.

So now here we sit in 2015. Every Fantasy Expert is pretending like they never hyped Montee up and jumped on the band wagon a year late. Only a small handful of Experts Ranked him outside of the Top 10. Only I will be remembered for Montee. And I am fine with that. Montee Ball 2013 Rookie article. 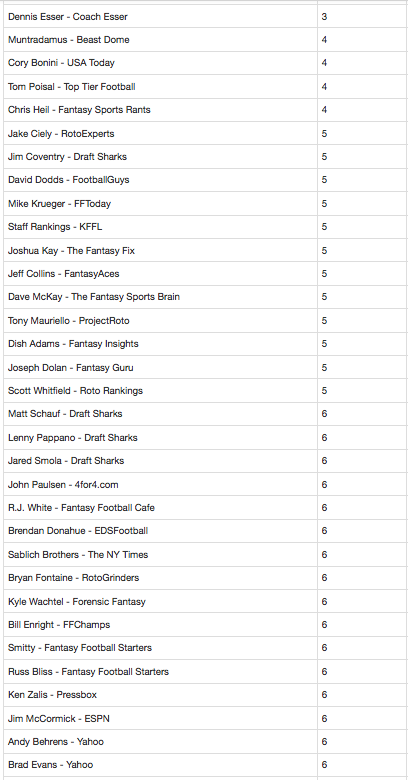 While CJ Anderson no doubt has the #1 RB job in Denver this season, even getting an endorsement from Peyton Manning this Spring. Montee is the player that is forgotten on Draft Day. 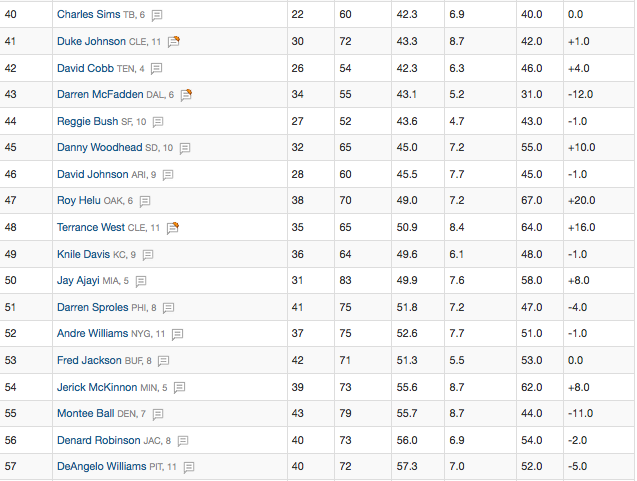 Montee has reached a new low in Rankings.

Last season Montee had an Appendicitis right around this time. He was never himself and looked like a semi-pro RB at best in 2014. When he injured his groin, it was all over and CJ Anderson never looked back. Well after Ronnie Hillman went down, but I told you all to look out for CJ Anderson as a Must-Own RB when Montee went down in the first place.

Adrian Beltre had an Appendicitis when he was with the Dodgers in 2001 right before Spring Training. He ended up getting hurt that season and only hit 13 HRs in 126 Games. After that season, he improved each of the next three years ending up with a 48 HR in 2004 and landed a HUGE paycheck from the Mariners.

I know both Football and Baseball are two completely different sports. The point is to show that your body is completely off after an Appendicitis and it is definitely an excuse for a poor season.

Even myself going through the surgery when I was in High School. I ended up putting up my best season and last season my Senior Year after having surgery Junior Year. I felt weak, it was hard to walk, and most important my core was gone. But when I was back for my senior year, I was the clone of vintage Chris Tillman.

This season Montee is working very hard to return to the form he once was at in Wisconsin. By now the rookie jitters are gone, and the expectations of being a Hall-Of-Fame RB are long gone. He is now in a world where he can only go up, and when that opportunity presents itself. You are going to wish you had Montee Ball late in your draft as a player who can emerge from RB#5 to a RB#1, in a New York minute.

If Montee goes down from here, he may get a shot or two left in his NFL career, one with the Broncos in 2016 as a backup where he is under contract, another where he could be anywhere. A player that once set a record for Touchdowns in College Football, now on the verge of his last chance to at least secure that huge contract that only comes once a lifetime for most college football stars.

In the Famous words of Kanye West. “You better crawl for your ball.”

In this case. Montee better run. Soon that $3.5 Million will run out, and you know he had to spend most of it thinking it was only the start of something big.

SEE MY MONTEE BALL STAT PREDICTION AND ALL RANKINGS + ANALYSIS