For those of you not familiar with my Fantasy Baseball Advice. Check out the BEAST DOME Hall of Fame under the Baseball category.

I am in the running for having the HR Champion Ranked Higher than every expert on FantasyPros, for a third straight year.

If any of those members of the 2014 class win the HR Crown, I will once again be the HR Champion. Nelson Cruz stands in my way as of now, the year I do not have him ranked the highest, but I still have a fighting chance as there is more than a month and a half left of Baseball.
There is no hitter hotter than Chris Davis who officially has gone Barry Bonds hot, he only trails by 3.

While many of us including myself are more than excited for Fantasy Football Season.There is still a lot of Fantasy Baseball left. Whether you are in season long league, or you play Daily Fantasy to the bone. I have what you need to make you money to close out the season.
Below is a Testimonial from a Client who has a 2015 MLB Season Package for Fantasy Baseball.

If you have interest in Daily Fantasy Baseball Only.

Skip Below, 1st Half of Article is all Season Long Fantasy MLB. 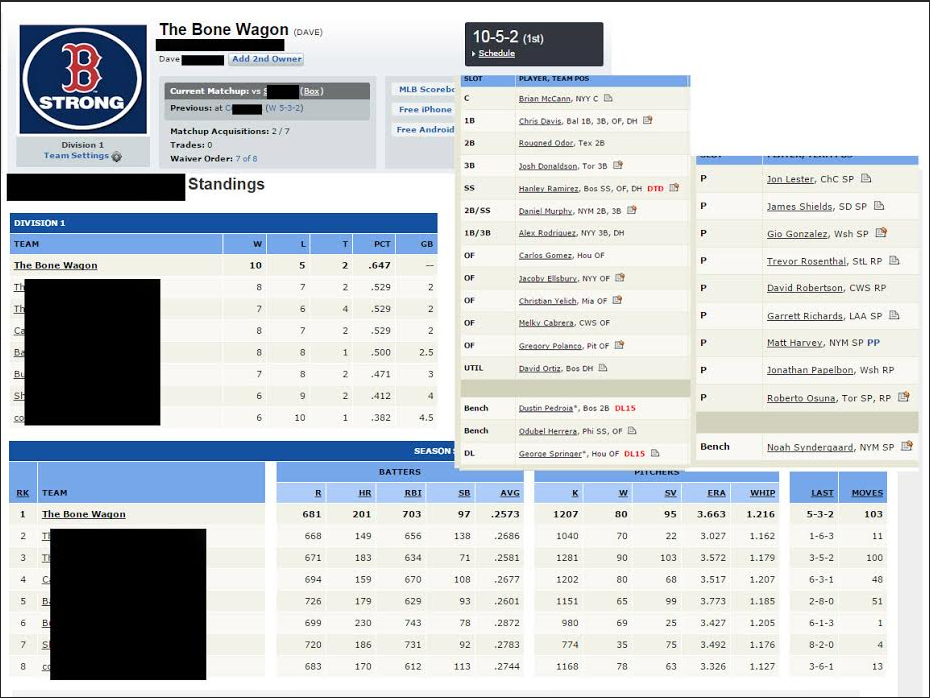 2014 I ran the BEAST PLAYOFF WARRIOR PACKAGE WITH ONLY ONE CLIENT FOR BASEBALL.

JP ARENCIBIA led him to a 4 HR.15 RBI over the last few weeks of the MLB SEASON, and a Championship.

Below is the story. 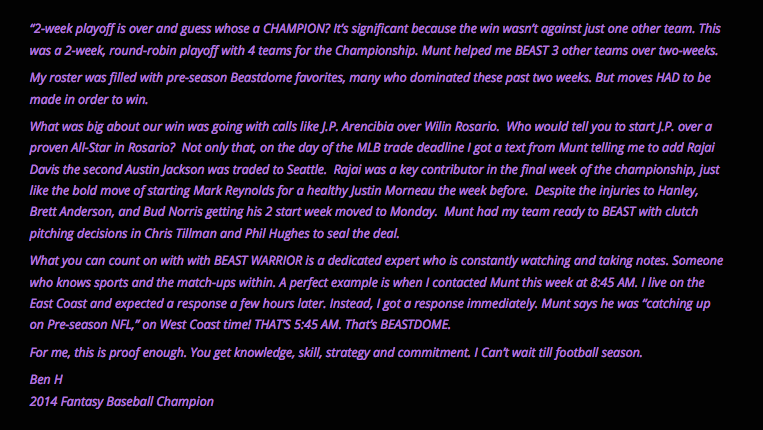 The Package comes with a 100% money back guarantee if we do not win the Championship.
So it is either CHAMPIONSHIP or BUST with this Package.

Looking for Daily Fantasy Baseball Advice? I create teams for you on all Platforms, or you can invest in a BEAST HEDGE. The last BEAST HEDGE that was ran had all clients more than double their money including a big payday for myself on July 3rd, the night after I found out my FantasyPros 2014 results. The BEAST HEDGE was down to $2 after entering multiple entries in large GPPs such as DRAFTKINGS $3 to make $100K. With a furious comeback in a Survivor Tournament that I dominated from Day 1 to Day 4, the Hedge finished with over $1,000. Original Investment was $200 Total.

With Football coming back into the picture, I laid low on the BEAST HEDGE juice, but I am going to do one more to close out the MLB season. If you are interested send an E-mail to [email protected] and I will share the Investment strategy I am going with for the Final Hedge.

All results can be found on BEASTHEDGE.com.

I was 2 HRs away from being #4 overall. Still I will use this as motivation to close out the MLB season, as well as start Football strong. 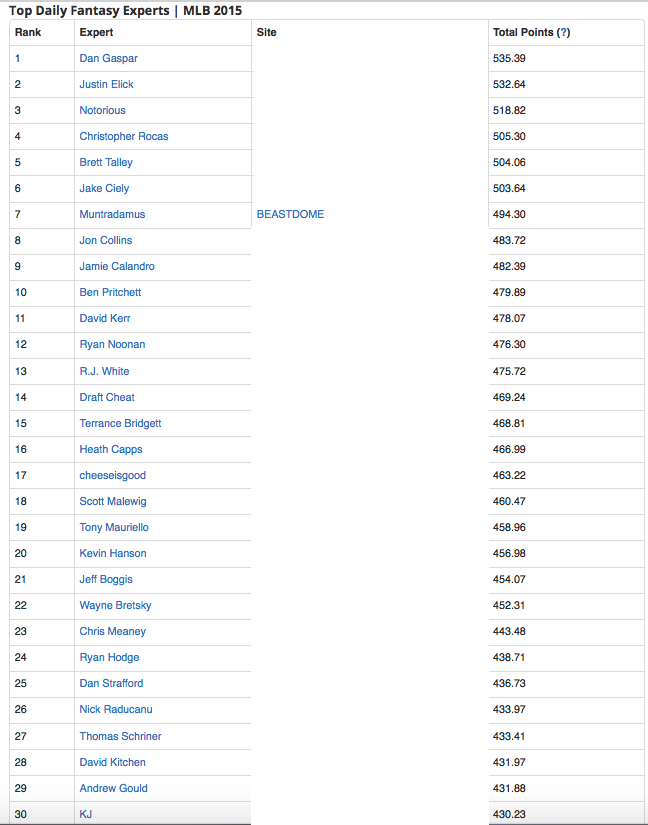 You can read all about the Daily Fantasy Baseball Packages by following this link below.

Do not forget to check out the

Like Clockwork, BEAST DOME continues to deliver the most Dominant Fantasy Picks in every sport, year after year. 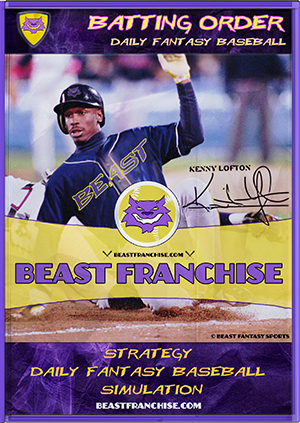