You are in a room by yourself. Nobody else cares about your team besides you at this point. Everyone has already overlooked your team as Free Money with the slow start to the season. It is important to remember.  It is now how you start, it is how you finish. Looking back at TEAM BEAST DOME on Draft Day. My first two round Picks could not have gone any smoother. Especially when you consider all the junk that was thrown at you from all the other Fantasy Sports websites. 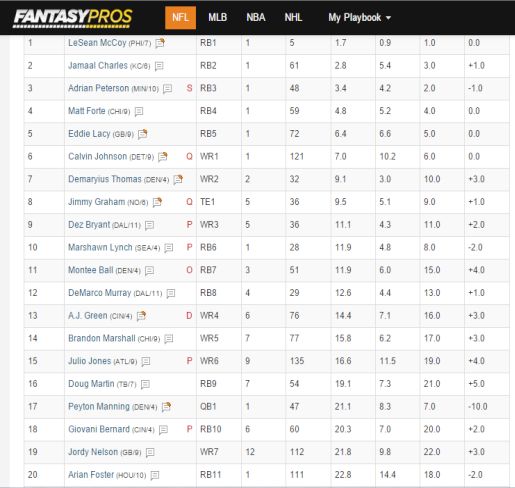 Despite the injuries, the suspensions, the trades, the Fitzmagic Project.

TEAM BEAST DOME still has a fighting shot to win the league. 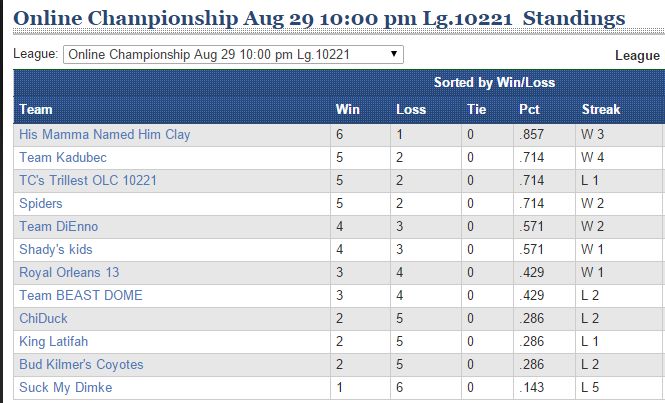 Last week was a horrible performance from TEAM BEAST DOME as my only TD outside of Joe Flacco happened on the very last play of Monday Night Football from Arian Foster. Despite the poor performance from my team overall, I still had a shot at my opponent that I let get away.

Heading into Week 8. I know it is do or die for my team. I also know I will probably not get RGIII back this week which brings me to my first decision.

The decision between these two QBs is going to come down to strategy rather than upside. Of course Joe Flacco is the better QB between the two, but the matchup against the Bengals could prove to be a defensive showdown. We have seen the Bengals defense get destroyed more often than you would think this season, but we also have to realize this is an AFC North Showdown between the top two teams in the Division.

On the other side we have Ryan Fitzmagic. Fitz has the potential for bigger games than he puts up as his pass attempt numbers are always below 30. Going up against his team from last season in the Titans, you can expect him to be extra motivated to put on a show. Arian Foster is playing the best Football of his career, and the return of Clowney to the D/ST should make this Texans game a blowout. I am going to roll with Fitzmagic so I can incorporate the QB/K as well as the DOME with Andre and Texans D/ST. Strategy Plan B.EAST DOME

Next move is to bring back Ray Rice with the potential of him ending up on the Patriots. If Ray Rice gets the suspension reveresed, like he should. You can expect a 30% chance of him ending up on New England and being a Top 20 RB for the crucial playoff stretch. You know Ray Rice is ready to BEAST if he gets his second opportunity as he was looking very strong this preseason.

I decided to let Shonn Greene walk even though he is not my worst RB. I know a lot of teams out there are really struggling for any production from the position, and some team that is struggling will overpay to get him. Hopefully he comes up big them for and get a win that helps boost me up. 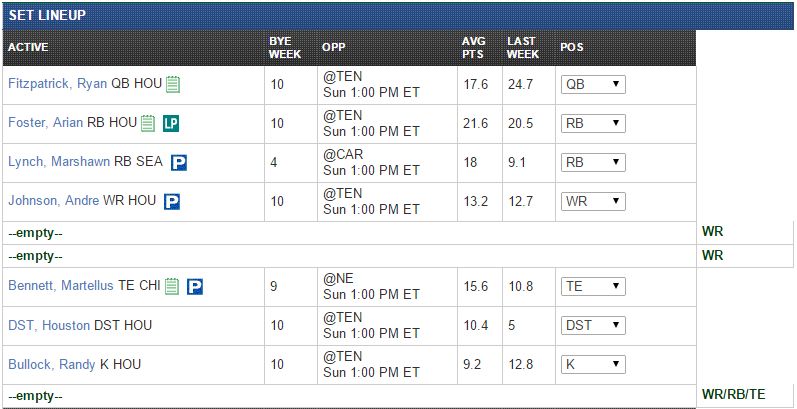 The core of my team is set in stone. I have lost a few good men this year in Percy Harvin/RGIII/Ray Rice who would all be playing in my lineup, but are all a week away. Ray Rice a month. 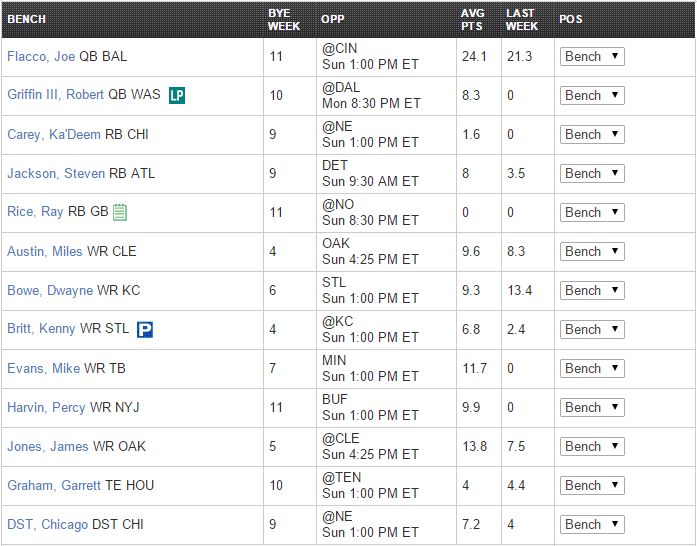 My bench is deep with plenty of options. Picking the correct option is the key, but I will tell you one thing for now. Steven Jackson cannot be trusted in Fantasy Football leagues for the time being. The problem is 100% on the Falcons and not him. This offense went from Top 3 in the NFC, to bottom 3 after that Thursday Night blowout against the Bucs. Everyone from Matt Ryan to the star WRs of Julio Jones and Roddy White are all having down years.

I cannot trust Percy Harvin quite yet as the Jets told the media it is going to take him at least this game to get on the same page with the playbook, timing, etc. Even though they are running plays for him, he is not worth the risk when I have WRs who are getting a consistent 7-9 targets on my bench. Tune in next Week to see who I eventually end up starting.

This week, I am playing the 1st Place Team. 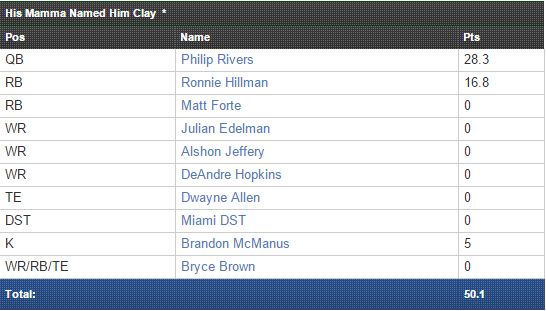 This is a Must-Win game for my team. I cannot afford to lose another game all season if I want to qualify for the $100K. Rivers and McManus for only 33.3 points can be defeated by my QB/K with FitzMagic and Bullock. Those two are the key to my victory along with Andre Johnson and not DeAndre Hopkins getting the Fitzmagic TD.