Let me start out by saying, I am giving all of my information for Free for the NBA Playoffs so you can win big money then signup for Football this season.

The time is here, the NBA playoffs. Seems like a lifetime ago since the season started, but it is finally over. 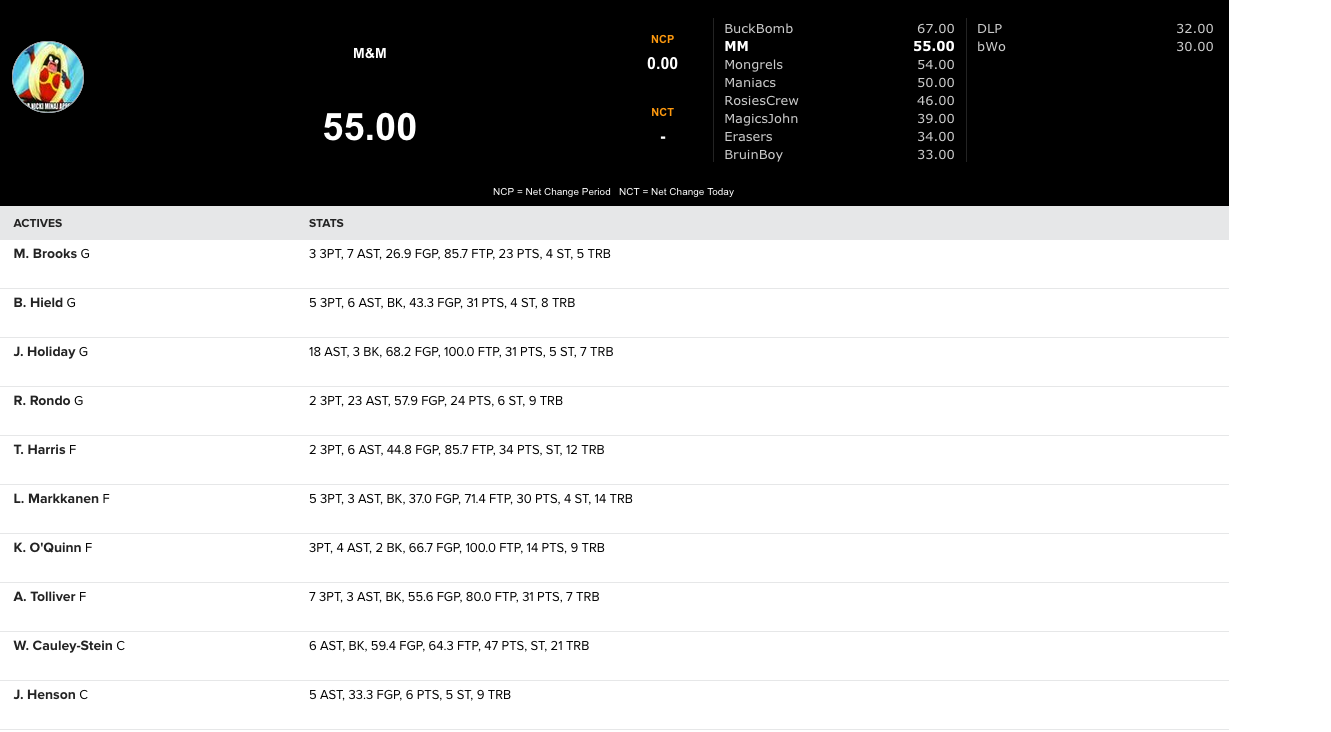 Before the Season Started. The BEAST DOME INVESTMENT GUIDE could not have been more accuarate. 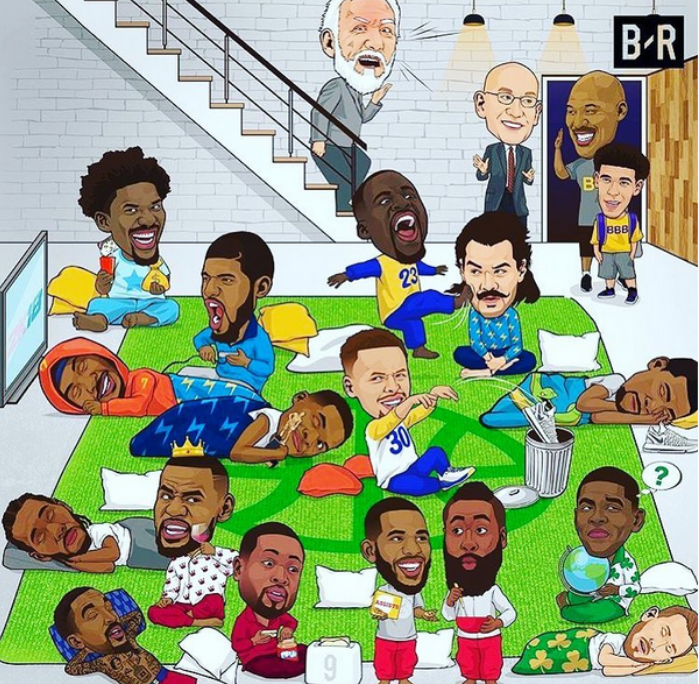 Now we are in the Playoffs Brand new field of play. Let us analyze to see who will win the NBA Finals this year.

While the obvious choice is to say the #1 seed Raptors will win this series, hold those breaks. Washington is a much stronger team and the only reason they did not get to that top 5 seed is because John Wall was gone for multiple months this year. John Wall has been healthy for about 2 weeks now and he is putting up vintage John Wall stats.

Wall vs. Lowry, I would take John Wall his speed is too much for Wall to handle.

Beal vs. DeRozan, expect Otto Porter to be guarding DeRozan, which will make life tough for DeRozan.

Porter vs. OGB, Beal will get his shots off against OGB, not a good matchup for the Raptors at all.

Markieff vs. Ibaka, Two big men that like to shoot, a wash for the most part.

Gortat vs. Jonas. Not an easy matchup for either center.

Celtics are in a lot of trouble. No Kyrie, no Hayward, not what the Celtics thought their playoff run would feature. Without those two, they are more of a young Spurs squad than a team that can beat anyone. With no true superstar to take over the game, Giannis has an excellent opportunity to take over this series.

Rozier vs. Bledsoe. As good as Rozier has been, Bledsoe has the edge as the Celtics would love him on their roster.

Jaylen Brown vs. Malcolm Brogdon. While Brogdon may come off the bench, Jaylen will have to come up really big for the Celtics to advance. Jaylen has a bright future and this is a good moment to jump up a notch, but a notch that is not guaranteed.

Jayson Tatum vs. Khris Middleton. Middleton is a much deadlier shooter and Tatum really does not have the wing span to slow down Middleton from his jumper. Lots of pressure on Tatum could make life very for him on offense as well.

Al Horford vs. Giannis. Giannis is 5 other levels more athletic than Horford. Maybe Celtics decide to throw Marcus Morris more at PF and move Horford to Center, but that matchup does not bode well.

Baynes/Monroe vs. Henson/Zeller. While Henson did his thing to help me win 2nd place, Monroe can easily dominate and put up big numbers off the bench. Celtics will need to get scoring somehow.

Despite the Celtics great season, the Bucks are too strong of a team for this type of talent they are going up against. Bucks advance.

With Joel Embiid definitely out game 1, if not game 2 as well and potentially longer. The 76ers will have to rely on ROTY Ben Simmons to lead a well balanced 76ers squad to the next round of the Playoffs. The only problem for the 76ers is that the Heat are just as equipped with depth and the longer Embiid is out, the better chance the Heat have of winning this series.

The 76ers will have to rely on mostly 3 Point Shooting, but the Heat will control the paint and they are much stronger with talent off the bench than the 76ers. Look for Wade to come alive and help the Heat advance to the next round.

LeBron is too good right now. Pacers do not have any stars that can really make this a series, ya Oladipo had a good year, but he is not ready to compete for a 7 game series. The only way the Pacers can win this series is if Myles Turner dominates to a new level and Sabonis continues to do his thing. LeBron is simply too good. Cavs Advance.

LeBron has put out too much effort. He is running, and running, and running for the past few months and that is why he deserves MVP. He has simply handed been the MVP of the NBA since the All-Star Break and there is no stopping him. However if anyone can slow him down, Otto Porter is that guy. The Cavs also have nobody that can stop John Wall and the entire Wizards offense who can get to the rim with ease all series, and shoot the 3. The Cavs team is going to have to really step up outside LeBron, I do not see it happening.

Bucks have one thing they cannot do. They were able to get by the Celtics in Round 1 because the Celtics do not have a dominant big man, but the Heat do. The Heat can throw it to Whiteside and have so much talent they can run, run, run with the Bucks. On top of that, James Johnson is the perfect guy to guard Giannis. With all the shooting, scoring, defense, and Whiteside the Heat can pack each game. Bucks cannot compete.

Who would of though the 6 seed vs. the 8 seed. Heat do have the talent to work the ball through multiple channels, but John Wall is still the one controlling the game. Whiteside does not have as easy of a time against Gortat, but still a huge height advantage. The Heat also have strong Forwards who can come in and slow down the Wizards bigs. The Wizards will need Wall and Beal to really control this game, but life will not be easy at all.

Heat have the depth, Wizards have the better guard play. Big men will be about a wash, but in the end John Wall and Beal are on a mission at this point.

WIZARDS advance to the NBA Finals

Rockets do not defend guys like KAT well at all. Capela is not strong enough, and between KAT and Taj, Rockets could really struggle down low. Which means CP3 and James Harden have to take over, which is easier said than done considering Jeff Teague is one of the best defensive PGs in the NBA, and Jimmy Butler defense is what makes Butler, Butler. On top of it all, Rockets do not play good defense.

Warriors got a blessing matchup against the Spurs. No Steph Curry for this series, no problem at all. Spurs do not even belong in the Playoffs and KD can easily control this series by himself. Add in Klay’s hot shooting and the Warriors could even sweep the Spurs who will need all the Lamarcus Aldridge he can give them.

This could easily be the highest scoring series of them all. Lillard vs. Jrue will be a great showdown, McCollum will be shooting a ton as well. Nurk should be getting inside and the Blazers have a lot of ways they can score. The Pelicans should also get points at will. Davis can score on Nurk whenever he wants, and McCollum has no answer for Jrue Holiday. You already know Rondo is going to be on his A game for the Playoffs and the bench scoring for the Pelicans will be too much for the Blazers to handle.

Gobert will make life tough for Westbrook as far as driving to the paint and scoring with ease. Best case scenario for Westbrook since he will get past Rubio everytime, is hitting PG13 or Melo with their jumpers. Neither Ingles nor Favors can guard each player. Jae Crowder is going to have to play big minutes to make things happen on defense.

The key is Mitchell getting points for the Jazz, but Corey Brewer was brought to the Thunder for this reason specifially. Not a good matchup and the Thunder have too much fire power with Westbrook out running the entire slow Jazz team.

KAT vs. ADAMS. Adams will play great D on KAT, but Kat will shoot a ton. In the end KAT has the edge, but Adams will get his as well.

Gibson vs. Carmelo. Gibson will get some easy baskets, but Taj cannot guard Melo. Melo will be a huge X-Factor in this series and can easily go off for 20+ many times.

Butler vs. PG13. Great matchup where two players can easily cancel eachother out. Butler will not make life easy at all for PG13, which will force PG13 to tough shots which usually means misses these days. No true edge.

Wiggins vs. Brewer. Corey Brewer X-Twolve will be playing a lot of hustle D on Wiggins. Wiggins can still get to the rim easily but the distribution has been everywhere for the Wolves this year. Wiggins could come up huge in this series.

KAT vs. Westbrook with great supporting casts will make this a series to remember. In the end, the PGs control this game in an up-tempo NBA.

Something tells me Steph will not be ready for this series. Which means KD will have to score 50+ a night for the Warriors. With that being said, Anthony Davis and Jrue Holiday can ball against the Warriors as well. If Steph does make it back for this series, and we will assume he could. Then the Warriors will be too hard to stop. Rondo cannot guard Steph at all, Klay will be open too much, and no answer for Durant.

Only if Cousins was healthy than the prophecy from the preseason would be true, and the Pelicans would win the NBA Finals.

The Conference Finals everyone will be very excited to watch. Steph/Durant/Klay/Dray vs. Westbrook/PG13/Melo. Neither Steph nor Westbrook can guard eachother, Durant and PG13 will be a great matchup. Melo vs. Dray can be a big turning point because whoever wins that matchup will give their team a big edge, and Dray cannot guard Melo at all. Brewer was brought in to chase Klay all around the court.

This will be a series to remember, and unless KD turns it up to MVP level like he did last year in the Finals, than the Thunder will win this. Because Steph will likely be far less than 100%, Westbrook will be too much to handle.

The NBA has become a fast league where fast PGs and high scores rule the league. John Wall vs. Russell Westbrook are the two fastest PGs in the NBA and we will see some high scoring games.

Otto Porter can slow down PG13 to the max.

Beal vs. Brewer will be the reason Brewer came down to OKC was to chase shooters.

Markieff Morris vs. Melo is very even.

Gortat vs. Adams is very even as well, two guys who do the exact same thing.

John Wall vs. Westbrook, whoever wins that matchup will likely win it all. With Westbrook 100% healthy and just playing MVP basketball averaging a 3×2 for the 2nd Straight year! It is hard to ignore what Westbrook brings to the table, and even though John Wall will be amazing as well. The Thunder are just too talented.

The moves they made in the offseason will prove to be what makes them the Champion.

Play Both of them.