A lot of you know me as a Fantasy Football Expert. Truth is I am a Fantasy Basketball/Baseball and Football Expert. I led M&M to a 1st Place Finish after closing out 2nd Place Last Year in NBA. I dedicate my craft to making sure I put together a Championship Formula. My Draft Strategies work in all sports, and the Champions will continue to come. BEAST. BEAST. BEAST. 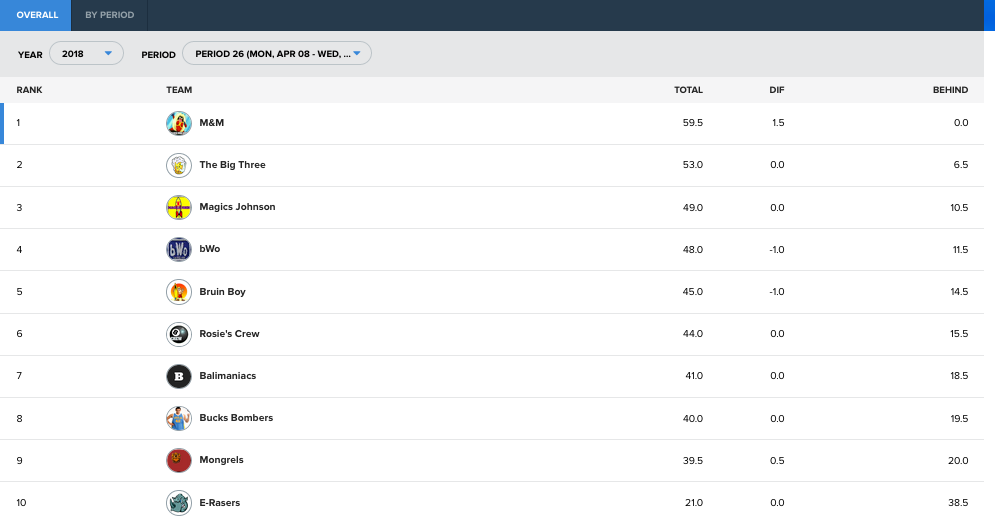 “It is guaranteed with Muntradamus that I will have a Draft Strategy that will stand out and leave me with a strong team after draft day. Even with losing 1st Round Pick John Wall, and Brandon Ingram for the stretch run, the team was so strong I did not have to worry. Thanks to a great draft stealing guys like Nurkic, great trades getting Andre Drummond, and great moves in Free Agency like grabbing Siakam and Dwayne Wade. The season was a breeze, coasted from 1st Place from Dec 2018 all the way through the end. Thank you again, looking forward to seeing how the Baseball Season plays out. Customer for life!”

It was a nice season for Doc Rivers who proved to be a good coach after blowing it to the max earlier in his Clippers career. CP3/Blake/DeAndre/JJ Redick/Jamal Crawford, should all be more than enough to win a NBA title. The Warriors stole it from the Clippers when they had a chance in the past, and this time around they will CRUSH the Clippers.

Trading away Boban/Scott/Tobias at the trade deadline was a costly move for the Clippers. They could have competed, instead this will be a SWEEP.

James Harden will be in the MVP conversation, but this matchup against the Jazz will prove how vulnerable he is. Yes the Jazz do not have a defensive stopper, but games in Utah are always tough and for Harden to get to the paint against Gobert/Favors is not going to be easy for Harden. Luckily for the Rockets, they have a lot of 3 Point shooting in the D’Antoni offense, and their guys can nail those shots as well. If the Rockets knock down their 3’s, they will win.

If they do not knock down their 3’s, the will lose the Road games. Regardless, Rockets will advance.

Blazers are not the same team that they were a month and a half ago. No Nurk means Kanter will have to have a HUGE playoff series against his former Thunder, and Steven Adams will do what he can to prevent that. CJ McCollum and Dame Dollar Lillard against Westbrook/George will be a great series to watch. Either one of these teams can battle in this game, I give the edge to the Blazers bench, but not even enough to where I feel they will control this game.

At the end of the day, Westbrook and George are the two best players on the court. After that the Blazers have the next 2 with Lillard & McCollum. It goes back and forth after that, but I am going to give the edge to Westbrook and George because those guys can turn unstoppable more often than Lillard and McCollum can.

Denver has the perfect balance of a great starting 5 that can compete with any team, and then a bench that can outscore a lot of non-playoff teams. The Nuggets can run and dominate you all 48 minutes, something the Spurs definitely cannot say. DeRozan and Aldridge are going up against an army that the rest of the Spurs cannot go up against. Rudy Gay will have to be vintage for the Spurs to have a chance, but with Jokic getting easy triple doubles in these matchups, the Spurs are in too much trouble. Jamal Murray gets hot, or any of the many Nuggets options. Game over.

Last year, the Rockets had a legit chance of taking down the Warriors. This year, zero chance that happens as DeMarcus Cousins is such a Huge X-Factor addition. The Rockets will need perfect shooting in order to compete in these games, only problem is they will need to prevent perfect shooting from the Warriors and that is far from easy with CP3/Harden being one of the worst guard duos when it comes to defense. Klay and Steph can take over that series and be the vintage splash brothers.

This is a good battle in the regular season. A Nuggets team with a lot of scoring weapons that can keep up with any team and blow past them when the other team is weak. A Warriors team that have the best players on the court at all times.

It is a good regular season battle. It is NOT a good Western Conference Finals battle.

I do not see the Nuggets players reaching the stage of the big matchup against the Warriors. Kevin Durant/Steph Curry, those guys are guaranteed to be the MVPs of each game. Jokic can have trouble against the army of Centers he will go up against. Everyone playing him fresh. Klay Thompson is the swing guard in this series, while Jamal Murray needs to go off with his shooting, in order for the Nuggets to have a chance.

If I am the Pistons in this matchup, I am going to put Andre Drummond on Giannis. Blake Griffin is clearly not 100% anymore, and probably will not be for the rest of this season. Especially grinding against Giannis for as many games and minutes as this series would possibly last if Blake was 100%. If the Pistons have Drummond guarding Brook Lopez who is standing 10 FT behind the 3 Point Line, than the Pistons will give up 100 Points to Giannis each night.

Bucks have a lot more scoring weapons, and they will win this series with ease with Blake beat up.

This is arguably the most boring 1st Round Matchup of them all as far as play style. The Celtics play a lot of team ball, Kyrie will be guarded by a less than 100% Darren Collison, while the Celtics dominate each matchup across the board. Victor Oladipo would have made this series interesting, without him it is not.

The 6ers are too good for Brooklyn. At full strength, which they will be. Embiid will dominate this game with his eyes closed as Allen nor Ed Davis come close in size. Tobias Harris will rain in any matchup, JJ Redick will have a lot of open looks, Jimmy Butler will shutdown D’Angelo all series if he chooses to, and Ben Simmons will dominate whatever guard the Nets throw his way.

Raptors knew they would be the Top Team in the East, and coasted down the river of the Regular season resting all their guys along the way to end up there. The Magic will need Vuce to dominate Marc Gasol, which is not an easy thing at all. If Gasol is resting, Ibaka will come off the bench to block every shot. The Magic have no advantage at all in this matchup, and Kawhi Leonard/Kyle Lowry can prove to be more vintage than Kyle Lowry/DeRozan right out of the gate.

A matchup that looks good on paper, but a matchup that will have everyone saying his name. Giannis, should dominate each game of this series. His size and speed is too much for every player on that roster, Morris is their best hope, but he is not nearly quick enough to keep up. Every player on the Celtics has to play nearly perfect in order for them to win this series. The Bucks have too much scoring, and Eric Bledsoe can be the one guard that makes life a little tough for Kyrie.

Embiid is tough for any big man, and the 76ERS have stars from top to bottom in that starting 5. Kyle Lowry is too small for Simmons, and he is not a good enough shooter to get his points at a constant rate. Jimmy Butler can limit Kawhi with ease. Raptors will have to get a lot of scoring from guys like Siakam who I do not see as ready for this moment in this series.

Embiid needs to take over, because Giannis can be a star among stars in this matchup. The 76ers have nobody that can match that size and speed. Embiid can be a problem for Brook, but then again Brook is big enough to at least be a big body. Butler will shutdown Middleton, but Simmons scoring a lot on Bledsoe will not be easy. This will be a very entertaining series, but Giannis will show, he is the MVP.

Splash Bros + Cousins are the next best BEASTS on the court, and those guys should have their way. Bucks had a great season, but they are no match for the Warriors in a 7 game series. In fact, no team is.

Will Durant take his journey to another team like the Knicks and prove he is the best all-time, or will he continue to dominate the NBA and stay with the Warriors.