It is time to put on my kicker hat, or shoe, and rescue everyone who is failing to get 10 Points from their kicker Week after Week. So far this season if you have used Prater Week 1 & 2, or Nick Folk for Week 3. You have yet to get double digits from your kicker as all Weeks the combined record for those kickers is 0-3. This week that all changes, maybe not the record, but the FG Attempts will be more than one.

The Raiders travel to Chicago this week. While it is a good week to add Derek Carr if you are deciding between Magic vs. Stafford in Week 4. No expert ranked Carr higher this preseason besides myself, Carr is probably gone in your 12 man leagues. If Carr is still siting there on your wire, add him.

But that is not who this article is about. This article is about the only Kicker who has been Drafted in the 1st Round of an NFL Draft since 1978, Sebastian Janikowski. Distance is never a problem for Janikowski, and his accuracy is now as good as any. This week the Raiders should not have too many problems driving against the Bears, the question is the Redzone, and that is when Janikowski will be more than clutch this upcoming Sunday. It is always harder to score a Redzone Touchdown on the Road, unless you are James “RedZONE” Jones.

Not much else I can write about a Kicker, and here is where all the other Sheep Sites will recite stats to you on how Kickers do against the Bears, but the truth is no previous stats matter in this situation since Derek Carr and his history against the Bears go all the way back to Never. You have to read the situation from scratch, and the situation when I read it says Sebastian Janikowski, you are my Kicker of the Week.

Want me to personally help you customize your team and re-build your season before it is too late. 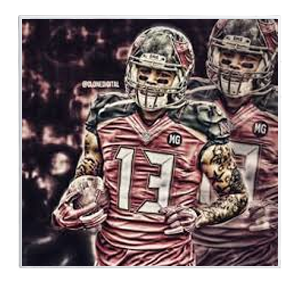