I do not know how many times I have had to stick my neck on the line for Mr. Carlos Hyde & Go BEAST throughout his NFL Career. From his days as a Rookie during the preseason of 2014 when I was telling people the days of Frank Gore being here in SF are over (HYDE & GO BEAST VOL. 1), to this season in 2019 when he was fighting for a job with the Chiefs. (HYDE vs. DAMIEN WILLIAMS) 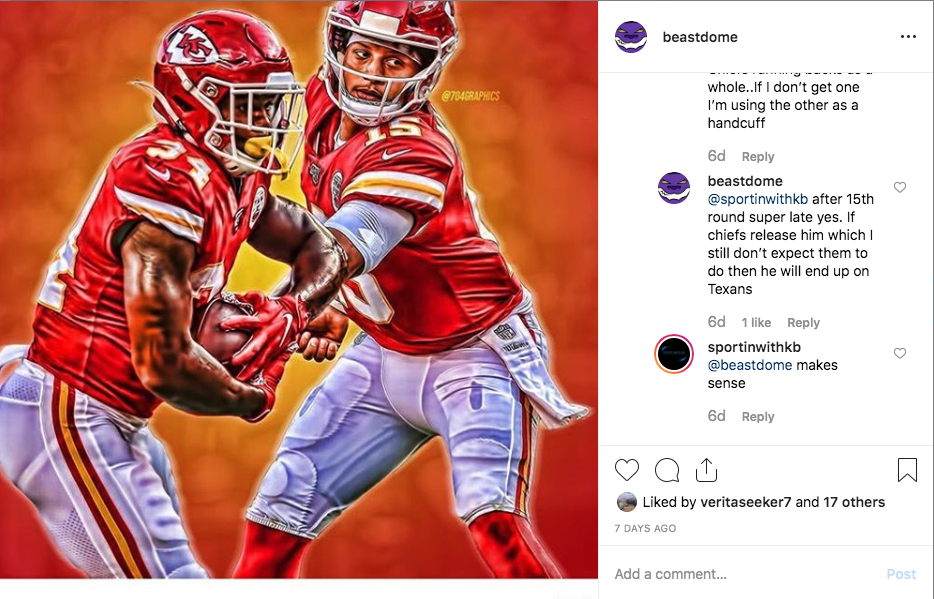 Regardless, Carlos Hyde now finally on a good offense, is finally proving how BEASTly he can be. Averaging nearly 5 yards a carry, and running for an average 76.9 Rushing Yards a game, Hyde can nearly moon walk to his first 1,000 Rushing Yard season (769 Rush Yards/6 Games Remain). All MVPs Drafted him and picked him up, maybe not all, but at least 88% as he was waived in leagues, and he went undrafted well past the first 11 Rounds.

MY RANK vs. EXPERT CONSENSUS RANK

Was Carlos Hyde my best pick this season? We will see, personally I am a bigger fan of the New England Patriots D call even though their unit has cooled down with the weather in Novemeber. 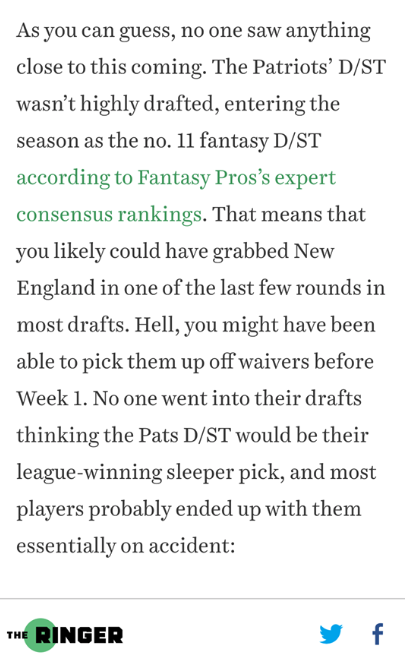 “Nobody saw this coming” – The Ringer

For those of you who are not part of the MVP program to close out the season and make sure you win your championship. I have a great offer for you on the bottom thanks to my affiliates in Monkey Knife Fight & DRAFT. In fact all of my clients now can take advantage of the offer below as well. But first…

Oh ya that’s right, you came here to read the analysis of the Colts and Texans. Well I am not going to let you down as I continue to re-watch every game week after week and have top notch accurate analysis thanks to god & jesus for the visions they give me. I can take none of the credit.

The Colts Offense comes into this game losing one star in Marlon Mack, but the return of another star in T.Y. Hilton. Jacoby Brisset (another call that BEAST DOME had way ahead of the pack that nearly all MVPs ran with at QB in the earlier weeks this year when he killed it) needs Hilton in order to be that version of his earlier-season self. The Texans Secondary has too many holes, I do not know what happened to Romeo Crennel, but his players are not making him look like a DC God anymore. Jacoby should have plenty of opens options in the passing game. Jack Doyle + Eric Ebron are going to be open pretty much at ease, Hilton + Pascal are going to be open all game, Jacoby will have a Wynn Las Vegas Hotel Buffet type of game. For those who have never had the Wynn Buffet, it is probably $50 a person, but if you want a truly amazing buffet experience, look no further. Bottom line Colts offense will be scoring points, and for those who listened to the Sheep Fantasy Expert Sites and picked up Mr. Jonathan Williams over Jordan Wilkins, you will see you made the wrong move.

The Texans offense goes up against a Colts Secondary that has as much talent as Britney Spears in a NBA Three Point Shootout. That is zero talent for people who did not get it. The Colts have two options on defense. Option 1, give the Texans 7 yard passes at will with zero resistence all game, or lets the Texans take DEEEP shots and press coverage.

Before the Colts make this decision, their Run Defense has been ELITE. Now Carlos Hyde does not care how good your defense is, he is running like a bullet coming out of a pistol. The Colts will likely want to make sure they do not let Hyde run the ball all game and control the game, because he is capable of doing that.

With that being said, Colts bring safties down into the box, they play prevent coverage with their corners to protect the deep ball, and Deshaun Watson is literally playing 5 yard darts all game. Look for the Texans to move the ball no problem. In the end, we got ourselves a good ol fashion shootout.

*NEW USERS TO GAMES BELOW ONLY. MVPs can always refer your Friends*

I will pay you out $30 PayPal/Venmo once accounts are confirmed.

*E-Mail me [email protected] your usernames to confirm*

You get access to my Private Articles to close out the season.

*TO ALL CURRENT MVPS. You can refer Friends and get Paid $10/Signup*