I watch every single NFL game.  From Preseason, to Jaguars Week 14, and Blowout Denver Broncos Games.  When I see talent, I see talent.

Every year there is a player from the preseason you just know is going to be a straight up BEAST, no questions asked.  A player you have never really seen before, but you now see clearly.  When you measure up size/skill/talent you find players like Julius Thomas last season.  This season, that player is very clear.  Carlos Hyde is the next BEAST to emerge in Fantasy Football.

“CARLOS HYDE WILL BE A 1ST ROUND FANTASY FOOTBALL DRAFT PICK IN HIS CAREER. Multiple Times.” 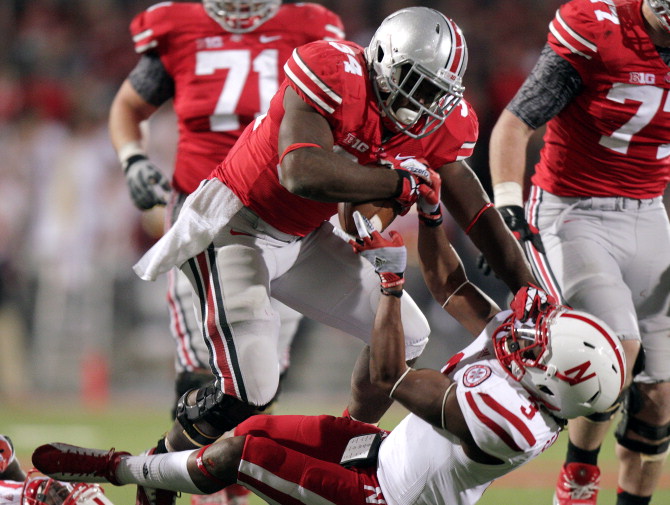 When you a see a man of that size (6’0/235), and run with the power and speed he possesses.  You know you have something special.

Carlos Hyde is the next Adrian Peterson.  He will be a Top 20 Fantasy Football RB this season.  Carlos Hyde will be delivering the type of Fantasy Plays that you lead you to a championship.  He is the new face of BEAST DOME and he must be drafted in all leagues.

CARLOS HYDE is a true superstar.  CARLOS HYDE has skills that no Running Back in the NFL today has.  He will be a crucial part of winning your fantasy football league.

Draft Carlos Hyde in all leagues this season.  His BEAST potential is something that is unmatched.  Frank Gore is due to pass the torch for the 49ers after all the wear & tear on his body (2,187 Regular Season Carries).  At the age of 30 and coming off of a long season that went all the way to the NFC Championship, Gore rushed the ball well over 300 times.  Gore is about ready to throw in the towel for his career.  He gave his heart and soul to the Niners franchise, much like Garrison Hearst.

Frank Gore has reached that Garrison Hearst ceiling; it is now time for Carlos Hyde to take over his role.

Frank Gore is no doubt the man and a Legend for the 49ers, but the 49ers offense would be much better if they used the much more athletically gifted BEAST in Carlos Hyde.  Hyde and Kaepernick would be too lethal.

The 49ers winning philosophy is to run the football when they have the lead. Run. Run. Run.  Even if Gore is around, Hyde will be taking a lot of the carries to kill the clock in the second half.

The 49ers are passing the torch at RB one more time as Carlos Hyde becomes the future of the 49ers Franchise.  Carlos Hyde is a Crucial player to draft on your Fantasy Football Team as he will be a huge spark plug BEAST in the second half of your season.

Carlos Hyde will be your MVP for your Fantasy Football Championship game on Week 16 when the 49ers go up against the Chargers, in SF.