There is only so much information I can give you for free this Preseason, you can see the Free Draft Guide Here.

The Defense and Special Teams Position is one of the most underrated in Fantasy Football. You have a BEAST Defense, you basically have another RB2 on your squad who can get you double digit points. Last year I ranked the Jaguars as a Must-Draft Defense in the Top 5, when all Experts had them outside the top 12, I have done this before with the Broncos in 2014 and the Texans in 2015.

Most Sheep Experts will tell you to draft a team like the Vikings, with no regard to their tough schedule including two crucial games at the end of the season against the Packers and Patriots. The Sheep Experts do not care about you, they tell you the same strategy as every other sheep Expert leaving you with nothing different and once again missing the playoffs. How many times are you going to keep missing the playoffs? Never is this an issue with BEAST DOME.

There is one defense that is getting no love this year that is ranked outside the Top 15 that you can find near the last round of your Draft. The Tennessee Titans.

The biggest move the Titans made was grabbing Defensive Coordinator Dean Pees, the Ex-Defensive Coordinator of the Baltimore Ravens that led Ray Lewis and that squad to a Super Bowl. The Titans also got very defensive minded with their new Head Coach Mike Vrabel who learned from the best in Romeo Crennel and Bill Belichick.

With great coaching, comes great players. The Titans have one of the best safeties in the game in Jonathan Cyprien along with a veteran Line Back Group of players that have all have had success in the NFL. The Titans Secondary is Top Notch with 2nd Year Star Adoree’ Jackson and the Patriots best Corner from two years ago in Logan Ryan. When you take into account all this star power including a great Week 1 matchup against the Dolphins, it is amazing that no Expert is recommending the Titans as a team to draft.

It is going to be a BEAST Season. Join the BEAST DOME NATION today! 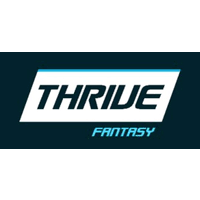 E-Mail [email protected] that you did it.