ANY GIVEN SUNDAY (WEEK 5)

Another week of Fantasy Football in the Books.  Below you can see my thoughts on every fantasy relevant player that is worth using today.  Hopefully this week the BEAST NATION gets Rob Gronkowski back, though I am sure everyone has been more than pleased with Julius Thomas.

This week for the BEASTcast, I plan on having a scripted show put together instead of just Questions and Answers.

But I will also do Questions and Answers. 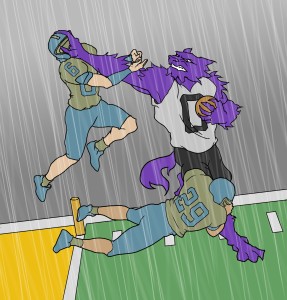 MATT RYAN got his Fantasy Numbers despite the embarrassing loss of the week.

JACQUIZZ RODGERS reminded us of why I liked him preseason 2012.

STEVEN JACKSON could be back after the bye.  I imagine he will.

JULIO JONES is a Fantasy Monster.

TONY GONZALEZ is back to showing he is Golden.

ATL DEF is waiver friendly after this performance.

AARON RODGERS did not do much against the Lions. Stalled in Red Zone.

EDDIE LACY was very nice and has officially taken the job away from Franklin 1000%.

JORDY NELSON had nice yardage with 82, missed the TD.

JAMES JONES had his long TD.  Another one taken away.

JERMICHAEL FINLEY caught all 6 of his targets.

GB D/ST had an easy day with no Megatron.

EJ MANUEL injury could spell end of season for the Bills.

CJ SPILLER is a HR in a bottle.

FRED JACKSON continues to show worth, will lose value if Spiller keeps exploding.

ROBERT WOODS will be good in garbage time.

SCOTT CHANDLER is too hit or miss.

ANDY DALTON was less than impressive.

BENJARVUS GREEN-ELLIS got the TD.  As predicted in the BEASTcast.

GIOVANI BERNARD was strong, but the TD was the difference.

AJ GREEN could not get it going in the rough weather.

BRANDON WEEDEN gets his old job back.

WILLIS MCGAHEE is a slow truck. He still has RB#2 value.

GREG LITTLE gains a little bit of value with the addition of  Weeden.

JORDAN CAMERON and Weeden work just as well as Hoyer.

CLE D/ST got a nice gift TD from punt return, and late in the game.

JAY CUTLER is taking the next step at QB with an improved Alshon Jeffery.

MATT FORTE is everything this season.

CHI D/ST could not stop Brees.

DREW BREES took his foot off the gas pedal.

PIERRE THOMAS proved me 100% wrong after I had his back all the weeks he did nothing.

MARQUES COLSTON had trouble with the stronger Charles Tillman.

JIMMY GRAHAM was doing whatever he wanted.

NO D/ST was great until garbage time.

TERRELLE PRYOR had his ‘Any Given Sunday’ Willie Beamen performance.

DARREN MCFADDEN will still have his job when he returns.

DENARIUS MOORE is creeping up the charts.

ROD STREATER is still not a player to add outside of deep leagues.

GENO SMITH made all 199 of his Passing Yards count.  3 TDs + another 2 Points running.

BILAL POWELL could see his PT slip away soon.

CHRISTOPHER IVORY had a 19 Yard run that made you think this is their guy.

JEREMY KERLEY stepped up with an injured WR core.

JEFF CUMBERLAND stepped up with an injured WR and a less than 100% Winslow.

KELLEN WINSLOW will be the guy when healthy, 100%.

NYJ DEF was not great, but they won.

PEYTON MANNING is a god.

KNOWSHON MORENO continues to make Montee owners think of what could have been.

MONTEE BALL owners can patiently wait if you can afford to.

DEMARYIUS THOMAS was not part of the game plan.

WES WELKER got his TD.

DEN D/ST had its worst game of the season.

TOM BRADY could not do a thing with the weather.

LEGARRETTE BLOUNT had a crucial fumble which led to a long time on the bench.

BRANDON BOLDEN did not look so hot with the extra opportunity.

DANNY AMENDOLA is only going to get more targets.

JULIAN EDELMAN is only going to see less.

ROB GRONKOWSKI should return this week.

CJ2K saved his day with a nice 49 yard TD mostly done by him.

KENDALL WRIGHT had his 8 targets, 74 Yards led the way.

DELANIE WALKER gets it done on a low-end level.

TEN D/ST had its moments.

MATT STAFFORD could not do a thing with Calvin Johnson sidelined.

JOIQUE BELL was not effective enough.

ALEX SMITH is not fantasy friendly.

JAMAAL CHARLES is a BEAST doing everything.

DONNIE AVERY continues to lead the team in receiving.

SEAN MCGRATH is getting his targets.

KC D/ST continues to be on top of the game.

MARSHAWN LYNCH was a BEAST, just missed the TD in the stat sheet.

SIDNEY RICE was nothing, almost got a TD.

DOUG BALDWIN however led the way with 80 Yards on 9 Targets.

ANDREW LUCK got his deep bombs to save his day.

TRENT RICHARDSON only had 2 Yards in 1st Quarter. Losing the TD to Brown hurt.

REGGIE WAYNE was Luck’s #1 Target, but did not get the deep ones.

TY HILTON stole the show, he does that from time-to-time.

DHB was catchless in 6 attempts, while HILTON dominated.

COBY FLEENER did not do a thing against Seattle.

IND D/ST could not stop Lynch and Wilson.

MICHAEL VICK was dominating before his hamstring was pulled.

NICK FOLES is good, but not against the Bucs.

LESEAN MCCOY is a BEAST.

DESEAN JACKSON is a BEAST. Both BEAST DOME FAVORITES.

JASON AVANT is officially ahead of Riley Cooper.

PHI D/ST is not that great.

SAM BRADFORD saved his day with those 3 TDs.

ZAC STACY for now has the lead back job.  One mistake and it’s next batter up.

TAVON AUSTIN only had 3 Catches.

JARED COOK had to see Lance Kendriks steal the TD.

STL D/ST got the job done on a fantasy level.

RAY RICE showed his vintage self.

BERNARD PIERCE still got his 11 carries.

TORREY SMITH is getting behind the secondary often.

FRANK GORE got his TD, but that backfield is crowded.

ANQUAN BOLDIN was less than impressive, Colin did not throw often.

VERNON DAVIS made his day on a 64 Yard TD.

SF D/ST was a BEAST on Sunday Night.

RYAN TANNEHILL had to throw often with the running game being horrible.

LAMAR MILLER could not do a thing against the Ravens.

MIKE WALLACE had a nice 16 Targets to remind you of his value.

BRIAN HARTLINE is getting his action.

CHARLES CLAY a BEAST DOME FAVORITE is quickly moving up the ranks.

MATT SCHAUB was a nightmare on the road.

ARIAN FOSTER was the lone bright spot for the Texans.

ANDRE JOHNSON could not get open.

DEANDRE HOPKINS continues to be less than impressive.

OWEN DANIELS did not do much, but beat Graham.

HOU D/ST could not do a thing.

ELI MANNING got the fantasy numbers, until the INTs started coming.

DAVID WILSON was on his way to a good Fantasy Day, but the neck injury is bad news.

BRANDON JACOBS is not good enough to be the featured RB.

HAKEEM NICKS came back to the talent we know he has with 142 Yards.

RUBEN RANDLE stole the show with 2 TDs and 96 Yards.

CHAD HENNE is back.

MAURICE JONES-DREW gets a Boost with the news.

JUSTIN BLACKMON gets the Boost with the news.

CECIL SHORTS gets the Boost with the news.

JAX D/ST has problems, on problems.

CAM NEWTON had trouble against the Cardinals, 300 Yards was nice.

DEANGLO WILLIAMS did not do much to protect his hold of the job with Stewart returns.

GREG OLSEN was the leading man.

CARSON PALMER could not a thing against the Panthers.

RASHARD MENDENHALL saved his day with a TD.

ANDRE ELLINGTON continues to take more touches by the week.

LARRY FITZGERALD did not get his TD, had a bad day.

MICHAEL FLOYD led the team in receiving with 61 Yards.

ARI D/ST did what it does best, play defense.

TONY ROMO was a BEAST.

DEMARCO MURRAY was phased out of the game plan.

DEZ BRYANT could not be stopped.

TERRANCE WILLIAMS was a BEAST.

AUSTIN MILES will still be the #2 WR when he returns.

JASON WITTEN had his revenge.

VINCENT BROWN seemed like the go-to WR but was tied with three others in targets.

EDDIE ROYALS role is decreasing, he can still break one.

KENNAN ALLEN one of my sleepers from the Waiver Wire on Muntradamus.NET blew up.

ANTONIO GATES got his targets.

SD D/ST did not look good.