FANTASY FOOTBALL BUST OF THE WEEK (6)

It is not often you bench a 1st Round Pick in Fantasy Football, it is more or less considered a Cardinal Sin. Literally and Figuratively. There is no reason to believe the Cardinals offense is going to do anything against the Vikings, especially in Minnesota. While Rosen is the starting QB for the Cardinals and they have won a couple games, it is not because of him they are winning. Rosen is missing WRs physically through the air consistently, if you want to beat Minnesota in Minnesota, you cannot do that.

When you think about how Josh Allen was able to beat the Vikings, another 1st Round Rookie QB, he did it with his legs. Moving the chains, and running for 2 TDs. Allen is a special talent with that ability, and Rosen comes nothing close to that ability.

So let me paint you a picture.

1st Down, David Johnson runs into Sheldon Richardson for no gain.

2nd Down, David Johnson is double teamed by Anthony Barr and someone else watching close by, Rosen looks off has a few seconds to act all of his WRs are covered because they are overmatched, INT. Sack. Incomplete, 1 of 3 will happen.

3rd Down if they are lucky. Check down to David Johnson for 4 yards.

It will be that story nearly all game long. If the Cardinals are able to produce a TD Drive in that game, call 1-800-its-a-miracle. The Cardinals offense is not going to be producing points. This has nothing to do with David Johnson, in fact David Johnson has a few Saquon moments of his own not needing any blocking whatsoever, but in this game he and the Cardinals will be way overmatched.

BUST OF THE WEEK 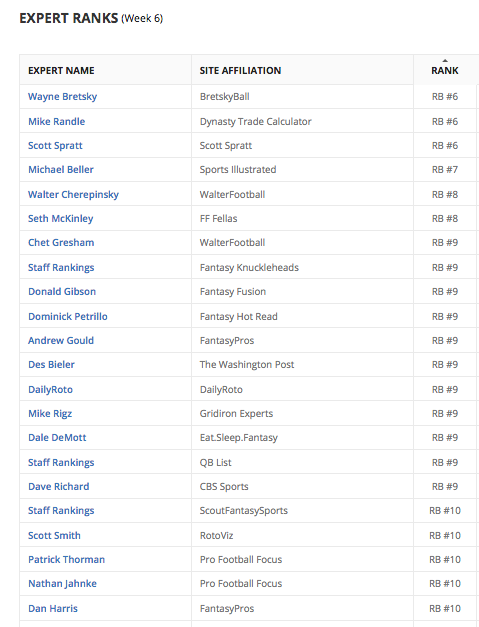