HUNTING FOR THE SHEEP PICK OF THE YEAR

Every single season, the Sheep get together and decide where all the players should be ranked. I am not kidding, there is an annual conference where all the Industry Experts sit around tables and discuss as a group where the players should be put. Call it the Illumaniti or the FreeMason society, but they are the ones who control all the sheep mentality. Though they themselves believe in their own Sheep-ness which in the end, leads all of their users to another mediocre season.

BUST OF THE YEAR 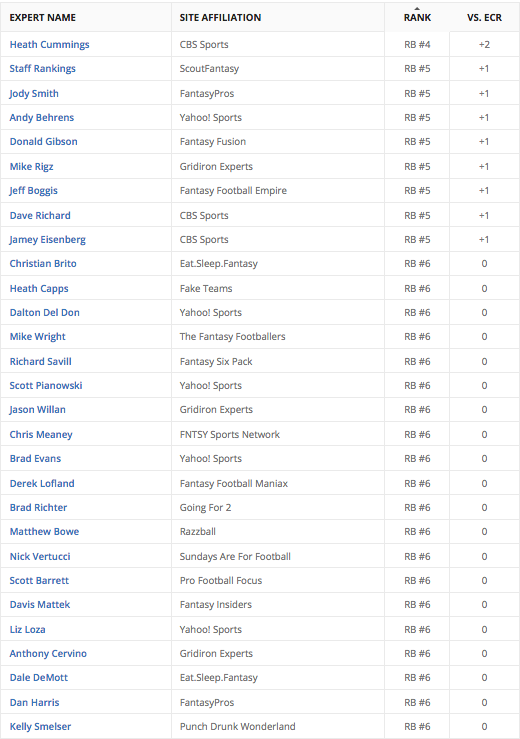 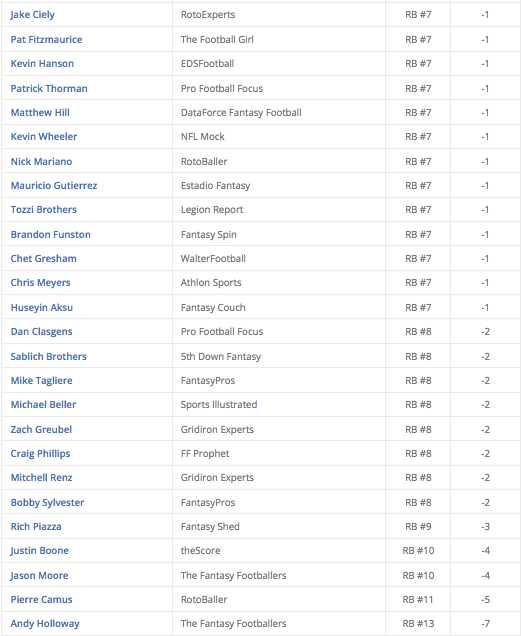 Only 2 Experts have Kareem Hunt outside of the Top 10, I do not post my Rankings on FantasyPros until the final deadline. I can tell you this, Kareem Hunt will not be anywhere near this list and if you burn a 1st/2nd or even 3rd Round Pick on the ex-Rookie Star, you are in for a very long season. Here are the Top 3 Reasons why Kareem Hunt is a horrible pick.

First and foremost, Spencer Ware is the BEAST RB on this team that every Fantasy Football Expert somehow forgot about? Spencer Ware was definitely going to be the lead RB of the Chiefs last season before an injury in the preseason that held him out for the season. Spencer Ware is a much more physical RB than Kareem Hunt, and he is good enough to carry the team on his shoulders, not only in the running game, but the pass catching game as well.

Spencer Ware should be healthy for the start of the season, and if people believe the Chiefs are just going to do Spencer Ware completely wrong and not give him his touches, they are in for a horrible surprise. In fact, do not be surprised if Spencer Ware dominates at the very least 35% of the touches between him and Kareem Hunt, I say that 35% is the floor with the potential of him bringing that number to 50/50.

There is no doubt that Mahomes has the skills to be a strong QB in the NFL. Mobility if he needs it, strong arm that can launch from anywhere on the field, good poise in the pocket. However there is one thing that Mahomes does not have which really defines a NFL QB. Experience.

No matter how amazing a QB has been in College, it does not automatically mean they are the same QB in the NFL. Mahomes had one start against Denver last season, did not look horrible but he also was not nearly as accurate as Alex Smith. Not saying Mahomes will not develop that skill, but it would be pretty shocking if out of the gates the Chiefs got the same Pro Bowl production they got out of Alex Smith last year, with the same production from Mahomes this year. Not to mention his QB coach/Offensive Coordinator Matt Nagy who raised Mahomes when he was a Rookie, is now with the Chicago Bears.

With worst QB play than last season, that means the Chiefs will be punting more as well as setting up 2nd and long as opposed to 2nd and short because Mahomes threw an incomplete pass on 1st Down.

Part of what made the Chiefs such a great team was their ability to stop the run as well as their amazing secondary. They lost Derrick Johnson their legendary star Middle LB, as well as Donatri Poe, their long time run stuffing DT. Those losses alone will alow teams to run against the Chiefs at a higher rate. The move that will hurt them the most is losing Marcus Peters. Hard to replace a true #1 CB who can shutdown any WR in the NFL, and the Chiefs did not do that.

With the Chiefs defense taking a step back, that also means the Chiefs Defense will be on the field a little bit more. Another reason to believe the Chiefs offense will not be nearly as productive than last season.

To the naked eye, Kareem Hunt was a BEAST last year with 1327 Rushing Yards and 8 TDs. However let us look a little closer at this Rookie season. 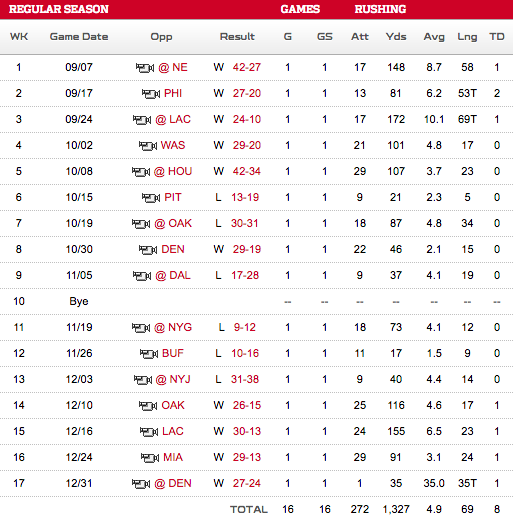 Week 1 Kareem Hunt got going with a Monster 2nd half after the Patriots lost Dont’a Hightower. Week 3 Hunt was doing nothing until a 69 yard TD run in the 4th Quarter saved his game.

Week 4-5 Hunt was starting to look good, but not the game changer RB he was to start the season. Do not get me wrong hard to complain about 100 Rushing Yards, but he did not break 100 until the very end of the game against Washington, and the 107 against the Texans came on the night J.J. Watt got injured. I put out this video before that game.

From Week 6 – Week 13, Kareem Hunt did not put 100 Yards Rushing in a game. Hunt did close the season strong against three teams not fighting for a playoff spot, but Kareem Hunt in the middle of your Fantasy Football Season did nothing but lay a HUGE egg making it tough to get to the Fantasy Playoffs when your RB is not scoring at least 10 Fantasy Points a game in Standard Leagues.

Kareem Hunt had an explosive! Rookie season, but it was really only explosive in 6/16 games.

With Spencer Ware returning, with Patrick Mahomes taking over as the Chiefs QB, with the KC Defense not nearly the same defense as last year.

Do not draft Kareem Hunt. Also do not believe another word that comes out of these Sheep Mouth Experts. You can either take on the battlefield by yourself, or you can have me in your corner who is using every bit of his soul to make sure you have the BEAST EDGE for your Fantasy Football League.