If you are part of Preseason BEAST, you have all my rankings and team by team breakdown of what they will do on offense. Darnell Mooney was a player that I was not fond of, but I wanted to see Justin Fields in action first before I put this out in public to make it official.

This ranking cannot be further from the truth after watching the Bears first preseason game. Andy Dalton looks like Nick Foles 1.5, nothing exciting, maybe he will make a good throw maybe he will not. Justin Fields looks like a raw version of Jalen Hurts. Raw is the keyword as he does not appear ready to be dominant against a real starting defense. It is not entirely his fault.

The Bears O-Line was never that strong to begin with, David Montgomery who dominated last season and no expert had him ranked higher last year and a Must-Draft in the 4th Round outside of BEAST DOME. His season was solid, but he did it behind an offensive line that gave him no room to run often, and Trubisky little time to throw. Fields is a little small, he is a little hesitant (could be first game jitters) he has flashes of Kyler Murray and he has flashes of a raw Jalen Hurts.

However with all that being said, Darnell Mooney is for sure going to be a BUST this season. The Bears are a team that want to win Football games, more than run up the score. If the Bears are winning in the 2nd half of a game, they will run short passes and a lot of running the ball to eat up the clock. The last thing you will see is Dalton or Fields throwing two deep balls to Mooney on the same drive, lucky if even the same quarter. You have to remember that O-Line does not give QBs a lot of time for plays to develop.

The Bears know their defense is going to win them games, the offense just has to be consistent and not beat themselves. Throwing deep incomplete passes to stop the clock, or even a forced deep ball that leads to an INT is the last thing the Bears want to do.

In the end, how could you trust Mooney to be your WR#3/WR#4? He is going to be similar to a Fantasy Baseball player. Only 4 at-bats to have a big game, Mooney will lucky to have 4 deep balls in any game. Especially at the end of the season in cold weather where he will likely be on every waiver wire.

Sure maybe you were not thinking about targeting him in the Round 10 range, but there are Sheep Fantasy sites that are promoting Mooney as a guy you should be targeting even earlier! 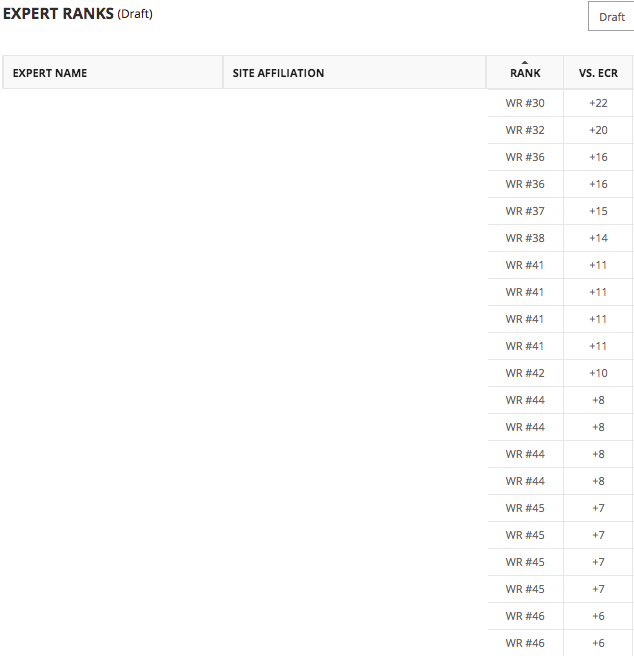 Darnell Mooney will have some nice games this season where he takes a deep ball to the house giving you a huge boost of adrenaline. However like any adrenaline junky who enjoys the boost, predicting which week Mooney goes off in season long Fantasy roster is going to leave you empty-handed more often than not with stat lines like; 3 catches for 45 yards. Especially with Dalton as the QB to start the season.