If you are part of Preseason BEAST, you have all my rankings and team by team breakdown of what they will do on offense. Damien Harris was the first bust article I wrote this season on June 2nd.

I have not looked at any Rankings nor do I plan to. But if there is any Fantasy Football website that suggest any of these Patriot RBs (James White/Sony Michel/Damien Harris) are viable picks. They are doing nothing but banking on an injury because when all three are healthy, all three will make each one, a RB3 at best and even that is too generous in my humble opinion.

All three RBs look great this preseason! Michel is running like a young RB stud that he is. Also displaying great hands making catches in traffic, something Harris cannot do. White is catching passes behind the line of scrimmage turns it into 13 yards weaving down the field, and even coming in on 2nd and long. Harris rumbles for 6 yard runs with ease. Not only that, 4th stringer CD-Rahm Stevenson is possibly in the MVP lead of Preseason Football 2021.

I could not agree more with the statement I made in July with the above, one fumble away from Harris and he is in the doghouse. For years people were taking Michel earlier than he should have, now people are replacing Michel with Harris. Too much talent on that roster. Harris is a great RB, but Michel might be just as good and James White will always have his role.

Despite this reality above, Harris has been promoted as one of the top sleeper RBs to target in the first 7 rounds on various websites. 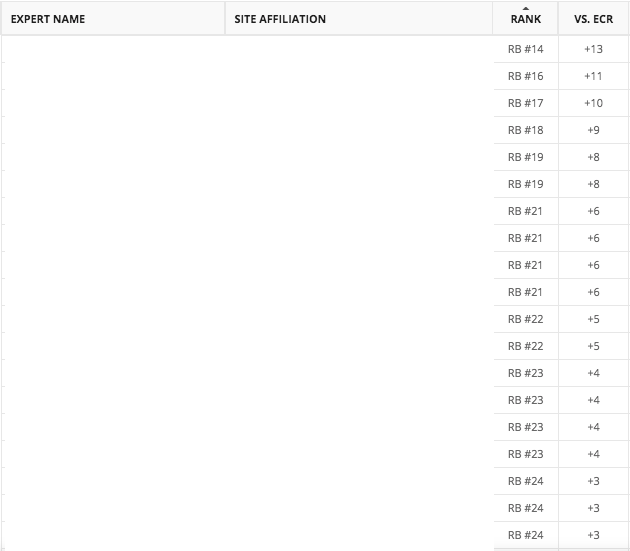 Imagine drafting an RB3 with a Top 7 Round Draft Pick, only to not have him be available as your top backup because he made one mistake and now sits on the bench. To think Sony Michel is not going to be relevant all season, you are kidding yourself. The Patriot’s offense has been unpredictable at RB for the past decade, nothing shows it will be different this year.

BEAST YOUR LEAGUE WITH CONFIDENCE