If you are part of Preseason BEAST, you have all my rankings and team by team breakdown of what they will do on offense. If you have read any articles from BEAST DOME in 2020, you will know all about The Fresh Bust of Helaire. Here is a recap.

First, after CEH was drafted out of LSU. I wrote a BUST article on him as he was going in the 3rd Round of every draft.

Then Damien Williams Opted out of the NFL season. CEH turned into a 1st Round Pick, I doubled down on the BUST prediction calling for a RBBC.

If you drafted CEH in the 1st Round/2nd Round/3rd Round/4th Round/5th Round/6th Round. You busted your draft. The guy’s playing time is not going to be consistent and while it is easy to fall in love with the situation being the Chiefs RB, he has yet to prove anything and he looks very small and won’t go untouched like he did in all his college highlights. Overrated RB, not a workhorse, waste of a pick.

PRESEASON WEEK 1 HAIKU ON THE CHIEFS

During Preseason Week 2, it was hard not to be impressed with how good Jerrick McKinnon is looking this preseason. Making acrobatic catches, running hard and powerful through lanes. McKinnon is looking like the guy who the 49ers burned all of their money with.

Not only that, Darrel Williams is playing like a solid RB who does everything CEH can do, a lot more power and a lot less speed. Then you cannot forget Darwin Thompson, a guy who feels like he never got his shot and is working out harder this offseason than any player in the NFL. Google it.

With the news that CEH has a minor ankle sprain, that makes it official that CEH will ever be the go-to RB in this offense. It is a long season, the Chiefs have one goal and that is to make it to the Super Bowl. If the Chiefs are winning at halftime by 14 points or more, it is almost guaranteed CEH will be on the sidelines as they do not want their speedy little half back to take big hits, which seems to be every hit he takes.

Fool me once, Shame on you.

Fool me twice, You cannot be fooled again.

Even before the ankle injury, how can you look someone straight in the face and say CEH is better than Jerrick McKinnon? CEH is nothing but a speed RB. Put him on any other team in the NFL like the Lions, and he will be out of the league quicker than he came in. He is a fast RB in a great situation with a high-flying Chiefs offense. That is all he is, and now an ankle sprain makes him closer to a RB3 than anything else. Instead of getting 15 touches a game, CEH may now only see around 10. A RBBC is almost guaranteed in KC moving forward for the long 4 month season.

Some were saying he is a 1st Round Pick… 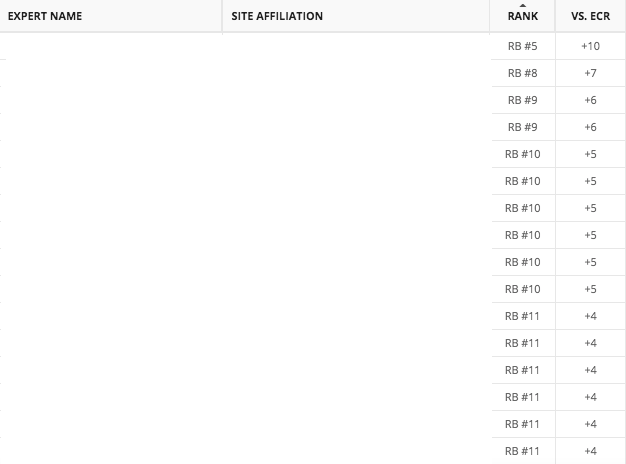 Make sure you draft the right players.