THE YEAR OF THE BEAST (Muntradamus)

With FantasyPros Rankings due at midnight EST time, (19 Hours away). Now is a good time to reflect on what has happened over the lifetime of this journey, and what is it to come of 2015. For BEAST DOME, for me, for you as a Nation.

As BEAST DOME continues to grow every season, so do the stakes of Fantasy Football.

TEAM BEAST DOME will be back for another season in 2015. This season I will be playing in the highest stakes Tournament the NFFC offers, the Primetime League (League info). $1,600 Entry, the Draft will be held live this Friday in Las Vegas (Home Field Advantage for Me). The NFFC team will be posted Sunday Morning for all of the BEAST DOME NATION to see. Live Coverage of the NFFC Draft on Friday Night at 6:00pm PST will be viewable on the @BEASTDOME Instagram account as I post.

send e-mail to [email protected] once you signup.

Not only will I be participating in the #1 Highest Stakes Fantasy Football Leagues in the NFFC Primetime Championship. I will also be competing in the #1 Football Handicap Tournament. This will be my first season in any Tournament of this nature where my Handicap picks will actually be recorded for an entire season. I am excited to show you all how dominant I am in this field along with Fantasy Football. My picks will be for sale for $100/Week. The $100 not only includes what games I am picking for the SuperContest each week, the Package also includes Player Props on Bovada. 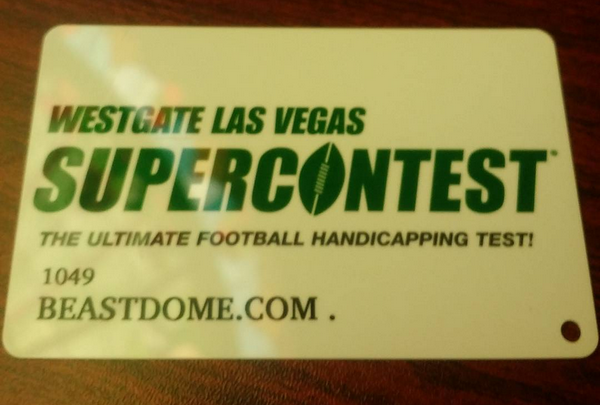 This season Fantasy Football has reached a new milestone in the world of Daily Fantasy Sports. A few years ago I would spend 100’s of dollars just to qualify for a Championship where 1st Place won $100,000.

My picks are valuable. I have had 3 different Clients go on to Qualify for a Major Fantasy Championship. I myself have Qualified for 9 Seats in my lifetime, only to Phil Mickelson each opportunity with injuries or just having a Superstar on an off day. This year I do not need to put in as much effort to Qualify for these Championships as the Prize Money is already available each Week of the Season. Still, I will take my shots when I see the opportunity.

To get my Daily Fantasy Football Rankings in 2015. It will cost you $100/Week. What you get with that $100 is all of my Rankings/Analysis/Stat Predictions for every player for the Week which is only viewable on Muntradamus.NET, as well as $25 BEAST HEDGE credit which can carry over as long as their is credit left in your account (The Muntradamus.NET access is only good for the Week). BEASTHEDGE.com

If you want me to make a team for you for that week. The Price is $200/Week. With that purchase your BEAST HEDGE credit is worth $100 which will go all in on a Double-Up team, as well as all of the above in the Muntradamus.NET Rankings/Analysis/Stat Predictions. When the $100 team wins, your Hedge Value will be at $200, which in that case you cash out and we split the difference of the profits. $100 Profit/2 = $50 each. BEAST HEDGE remains at $100 for the following Week.

If the team I create losses you get two weeks Free of Package A along with a private 5 Minute Q&A session for strategy of each week.

PACKAGES WILL BE AVAILABLE STARTING WEEK 2

Not only do you have the Chat on the Side to help each other out as a Nation as we all play for the same goal.

TO WIN A CHAMPIONSHIP.

This season we also will have a Forums section where you can Post Q&A to and get multiple perspectives. Growing the BEAST DOME community is a goal and we have seen some glorious days as a Nation.

(NEED TO FIGURE OUT HOW TO STOP SPAM BOTS. WILL BE READY TO GO BY THE WEEKEND) 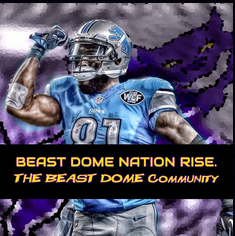 I am back for another season on FantasyPros. No more complaining aloud, that is fine by me I made my point in my last post.

All I’m going to do is play my game as an expert and continue to lead the way in best BEAST and BUST picks each Week of the Season. I promise you will see my name on the list often, and if I am not #1 at a certain position it probably is because the other ‘Sheep’ Experts all had the same selection and did not get hurt by the pick.

RESOLUTIONS FOR THE 2015 SEASON

To Post content everyday on BEASTDOME.com and participate on the BEAST DOME Chat for a Good Hour everyday.

To BEAST for my Three Platinum VIPs.

To BEAST for my Clients on BEASTHEDGE.com in Daily Fantasy Football every Week of the Season and never take a moment off.

To BEAST for my VIPs who own the Season Package (sold out) and win Championships in all Leagues.

AND ALWAYS STAY IN BEAST MODE 24/7