There’s Something About Kelce

I will be going in the tune of Dr. Suess, enjoy.

Why I ask, why? Is it because Experts are as knowledgeable as a Turkey on Rye? Only looking at stats from 2014 but not even asking themselves, who is this guy?

Looking at it blind, you see a TE who came in 6th in Receiving Yards at the position and 5th in Receptions.

But how lazy are the other experts you ask? 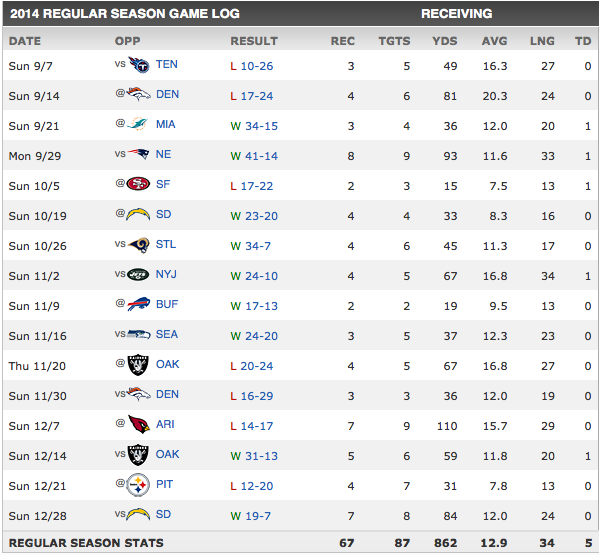 Despite these numbers experts are in love with Travis Kelce.
Is it because of the snap increase over the final 7 games where he put up TE #1 numbers in less than 50% of the games?
Is it because Alex Smith is so bad that he has to throw to Kelce because there are College Quarterbacks who have stronger arms?
Is it because the Chiefs rather run the ball 30 times a game and could go an entire quarter not throwing the ball?

It is better to go to a mall and blow whatever money you were going to spend on your league at a local club crawl. The sheep are wasting their money by spending an early/mid round pick on a TE who is better fit for a WWE Backyard Brawl.

Mike Clay of ESPN and many others have Travis Kelce out performing Drew Brees and Peyton Manning statistically in 2015?

Either these guys are high, or drunk ,or messed up on Lil Wayne’s codeine.

You know how last season everyone talked trash on you for drafting Arian Foster in the 1st Round?
Acting like you do not even belong in Fantasy Football Leagues.

This season I want you to do the same thing when everyone in your league reaches way too early on Travis Kelce. Way too early. Same with Zach Ertz, do not get me started on him. 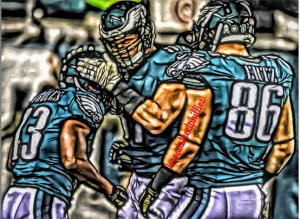 In conclusion there is nothing more I can say, as these other experts keep leading the sheep, like the Raiders selecting Darius Heyward-Bey.