Every single season, for the past two years. Every Fantasy Expert (Besides Myself) is all over Zach Ertz as if he were the next coming of Wesley Walls. Last season a few experts Ranked him Top 5 at the TE position?!

What did Ertz do in his first season with all this hype? 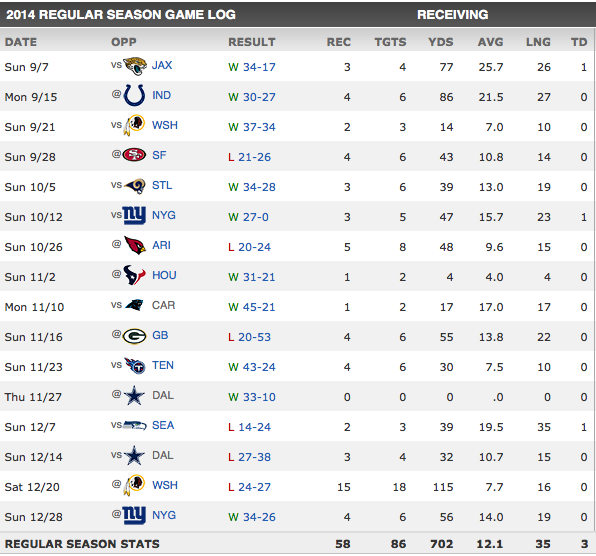 Failed to score over 6 Points in Standard Leagues 11/16 games. Including 6 games with 3 points or less.

For the second season in a row, Fantasy Experts across the United States (Besides Myself) continue to promote Zach Ertz. Follow their advice and you will be frequent customer on the Waiver Wire as you deal with Ertz Rent-A-Bust. 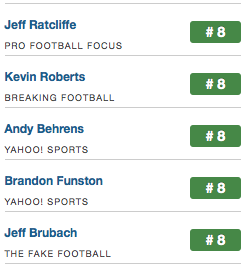 There are many reasons why Zach Ertz will be a BUST once again as we head into 2015.

The Eagles are a much different team in 2015 than 2014. They lost Lesean McCoy/Jeremy Maclin/Nick Foles. The heart and soul of the Eagles offense in 2014. Replacing them is DeMarco Murray/Ryan Mathews/Sam Bradford/Nelson Agholor.

This is a much different team than last season so to expect everything to click in the passing game like they have been doing it as long as Antonio Gates/Philip Rivers is just not going to happen.

DeMarco Murray and Ryan Mathews, on the same team. How can the Eagles not run the ball 40x a game between the two and play a completely new brand of Football. Mathews has always had BEAST flashes, but can never stay healthy. DeMarco Murray is one of the most dominant RB’s in the league and much more powerful than LeSean McCoy.

Finally the Eagles will be able to run the ball HARD which is exactly what Chip Kelly wants to do. It made him successful at Oregon, now he will have his chess pieces in place to make it happen in the NFL. Only thing missing is a more mobile QB. Unless we see..TIM TEBOW!

This guy is an Eagles Legend. He has been on the Eagles so long, Donovan McNabb used to throw TDs to him on Sunday. He is still a fan favorite. He is still an aggressive player that wants to hit people. He is still always on the field playing in a 2 TE set. Brent can catch the ball, he can block, he is still very relevant. With the Eagles likely to run the ball more in 2015, Celek will be on the field more often as the superior run blocker. It is not even close between him and Ertz on who is a better blocker.

How are the Eagles going to implement little tiny Darren Sproles in this 3 Headed Monster? They are going to line him up in the slot at times and figure out ways to throw him the ball in space for the few limited plays he is in the game.

On plays that usually go to a TE, the Eagles will force feed passes to Darren Sproles when he is on the field which will take away those few targets Brent Celek needs to be a Fantasy Factor.

The Eagles who will run first/second/third and have too many mouths to feed for Ertz to be a consistent Fantasy Football player.

When you add this all up and also consider that the Eagles will keep the ball on the ground more. How is Zach Ertz going to be consistent?

Ertz is not going to be consistent. There are many more reasons than listed above, all you need to know is for the second year in a row all the Experts will fail together on a pick. When all the Experts fail together on a pick, they for some reason don’t lose face (Cordarrelle Patterson/Toby Gerhart). When Ertz fails for a second time, will Fantasy Experts really still be considered Experts? Especially when all they do is just repeat each other?

It is Almost as if none of them really do Homework and just rely on last year statistics and study patterns as opposed to study what is real. The team and everything involving the team.

Regardless, the BEAST DOME NATION will continue to collect Championships.