THE MUNTRADAMUS ALL AVOID TEAM

We are now at the point of the NFL season where we know if a player was a BUST or a BEAST. While many are jumping on the RGIII and Montee Ball BUST picks this season, as well as all the other players I selected who got injured. A lot of people are ignoring a lot of my BEAST picks in Arian Foster/Marshawn Lynch/Steve Smith Sr./Jeremy Maclin/Mike Evans/Mark Ingram and more.

Instead of focusing on all of these BEAST/BUST picks that I made, I am going to change the focus and show you what would of happened if you followed other Fantasy Football Advice websites where your team would be today.

Also if you think I am the only Fantasy Football website to promote RGIII and Montee Ball, you are kidding yourself. Montee Ball was a 1st/2nd Round Pick in all Fantasy Football Drafts. RGIII was heavily promoted by nearly all the major sites including CBS.

THE MUNTRADAMUS ALL AVOID TEAM

If you were a VIP, or you read the BEAST DOME articles this preseason. This is the list of players I was telling you to avoid all Pre-Season long as they were nothing more than HYPE and BUST potential written all over them. These are players that were drafted within the first 5 rounds of your Fantasy Football draft intended to be starters, if not higher. If you drafted any of these players, your season is over before it even began as nearly all of these players are on your Waiver wire. 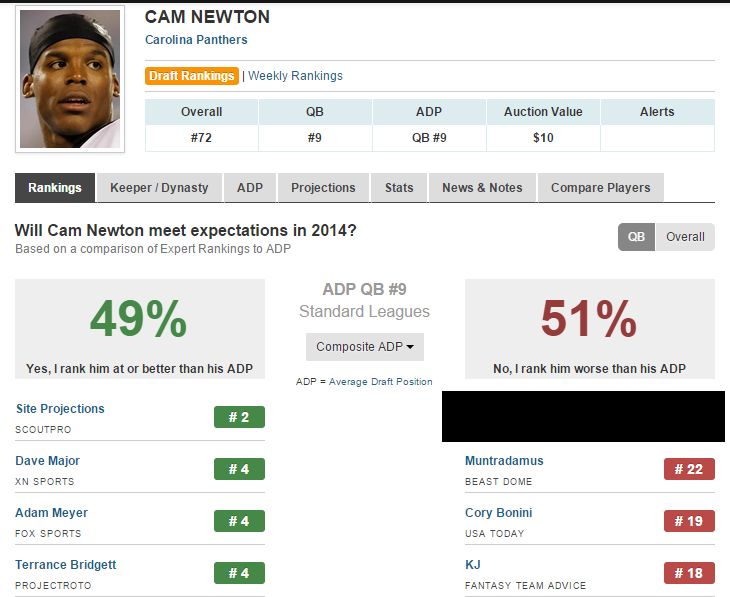 Drafting Cam Newton this year was a HUGE mistake for all Fantasy Owners. Probably more so than RGIII as Cam Newton straight up killed your team everytime he touched your lineup. RGIII on the other hand killed everyone the first two weeks, but then got out of the way for Waiver Wire claims like Joe Flacco and Ryan Fitzmagic to carry squads.

I was screaming for Cam Newton to be a Bust before the preseason ever started as the ankle surgery was too much for him to overcome, along with the lack of weapons. Kelvin Benjamin is a stud, and Greg Olsen is doing his thing, but no mobility makes Cam not such a great QB. 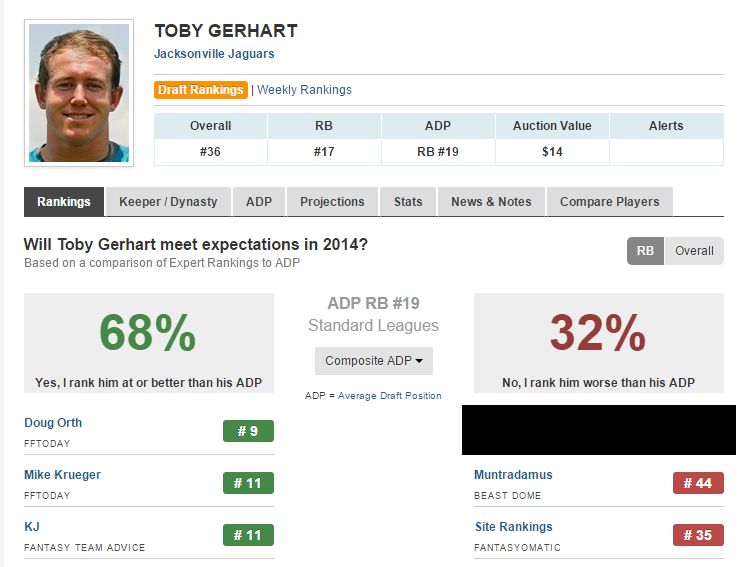 If you read any articles from BEAST DOME, you likely saw that Toby Gerhart in my preseason article had BUST written all over him. I talked about his lack of being able to be succesful when he was a starter with the Vikings, then going to the worst team in the NFL does not mean anything for his success. All the sites were saying this is a Must-Own/Must-Draft first 3-4 rounds of your Fantasy Football league. I was telling you that he should not be one of the top 40+ RBs selected. Toby was the #19 ADP RB this season. 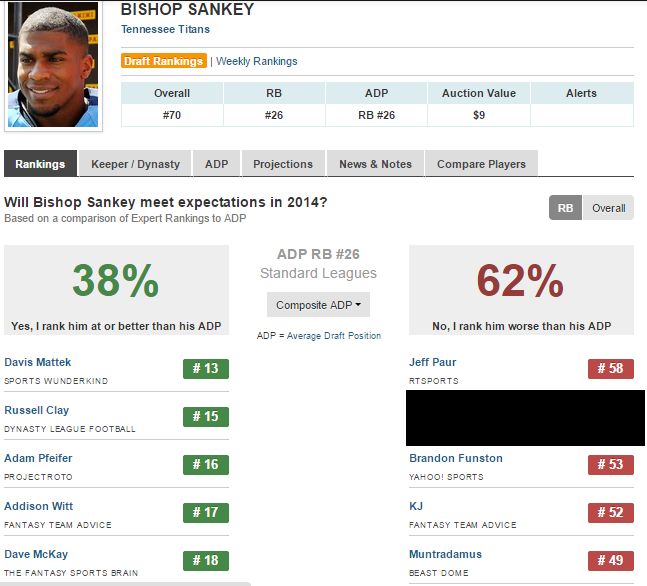 Oh Bishop Sankey. The guy everyone was saying is going to be the Running Back for the Titans and flourish in the role. While he has become the lead RB for the Titans, it is still RBBC with Shonn Greene as the goal line plunge back. The Titans offense continues to be garbage, and even with the 10+ carries Bishop Sankey is seeing each week, he is not doing anything with it. Bishop was drafted as a Top 26 RB across Fantasy Football Leagues. 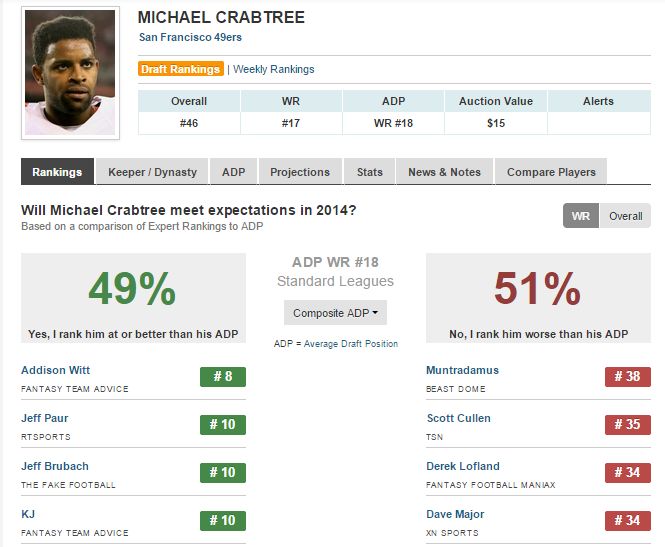 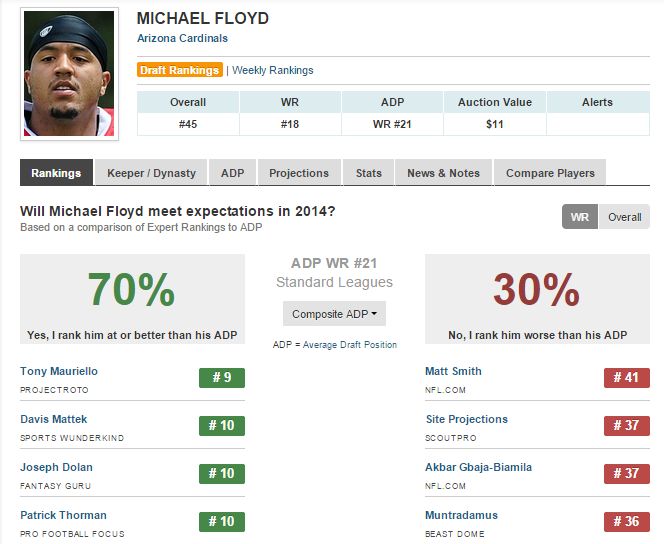 Michael Floyd, maybe the next Larry Fitzgerald. Floyd was being drafted way too high across Fantasy Football leagues as the Cardinals have too many options in the passing game. With the emergence of rookie John Brown to go with a should be better Larry Fitzgerald, there is not enough consistent targets to go around for the Cardinals passing game. With Carson Palmer now done for the year, that was the icing on the cake for Michael Floyd and his BUST season. 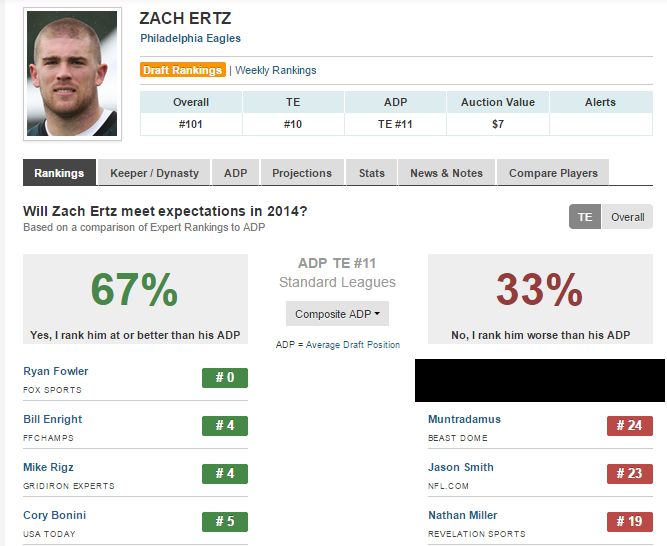 Nearly every Fantasy Football site was all over Zach Ertz calling him a BEAST at the TE spot and someone that could get double digit TDs. I called BS right away on this and knew he was the most over hyped player this preseason as he may not even be the #1 TE on his team. So far this season, Zach Ertz has been a BUST and his ADP of #11 shows all the teams in your league who wasted a pick. 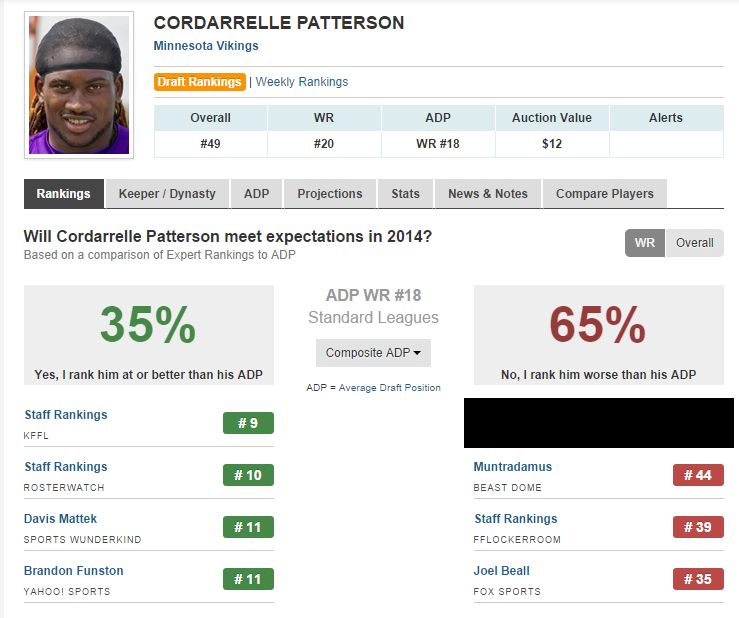 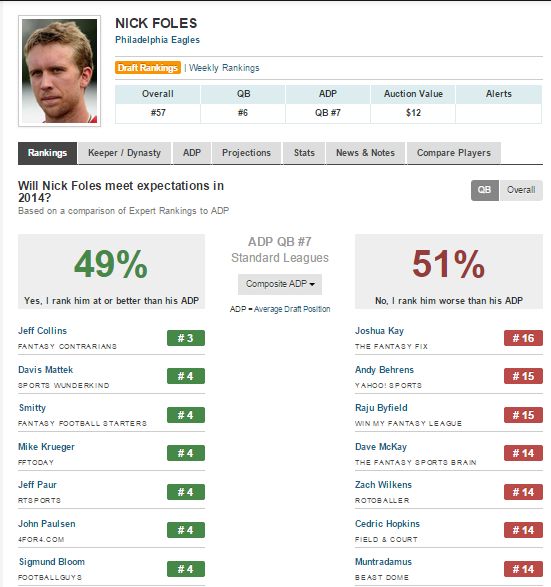 I feel picking injured players is not fair. But someone like Nick Foles was a BUST before the injury even happened as even the Eagles were saying he is not the future QB of this team. While Nick Foles had some good games this season, he had a lot that really hurt your team and drafting him as high as the #7 QB was not very helpful when he put up his garbage numbers. The loss of Desean Jackson was too big for Foles to overcome, like I predicted. 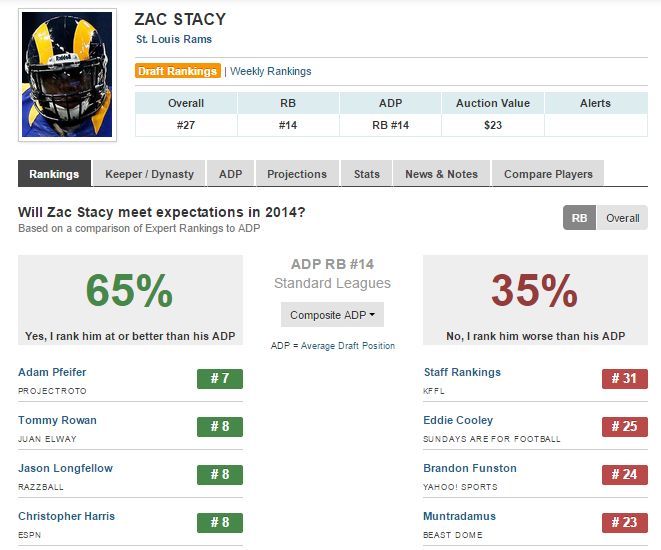 Benny Cunningham looked good. Tre Mason was running hard. The Rams offense is garbage. Too many factors going against Zac Stacy to reccomend him any league. Stacy was drafted as a Top 15 RB and lasted as a starter for less than a month of the season. Now he is on every Waiver Wire and will not be picked up the rest of the season as the Rams are seeing what else they have.

There are plenty of more great BUST picks I had that helped steer your team to the Championship, I will save the list for the end of the season. The all BEAST team will come out after this week as this is the last week to qualify for a Fantasy Football Championship.

Just know, BEAST DOME continues to be the BEAST Fantasy Football website on the web, and even though content is down. Business is up.