Throw Some Tide Bleach In That Landry

If there was one thing better than Martavis Bryant scoring a TD on blown coverage by a Rookie this preseason. Jarvis Landry catching a TD is probably the second best thing to happen.

Not only did Jarvis Landry score on a 4th down play, but it was on a 4th down play and it should have never happened. Kenny Stills nor Davante Parker played in that game, yet still Jarvis Landry only saw 2 targets (1 that should have never happened). While the sample size of 1 Drive is not enough to really gauge Jarvis Landry in his 2015 season. There are just too many weapons for Tannehill to throw to. Landry did not even see his first target until the Dolphins were in the redzone, so if that was a 3 and out. There would have been no action. To think that the situation will be that much more different during the season just does not make sense.

The 2014 Dolphins is a very different team than the 2015 Dolphins. More weapons, more proven veterans. 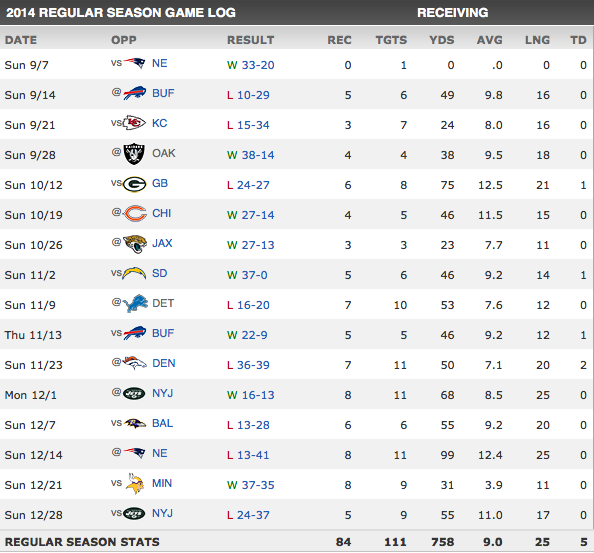 The Dolphins are too deep in the passing game to support any of those WR’s from being Top 25 caliber, yet alone Top 30. While Jarvis Landry will have his 1 TD/75 Yard games. There will be a lot of 55 Yards and no Touchdowns mixed in. Ryan Tannehill will be a Top 10 QB with all of the additions, if there is one player from the passing game I am drafting from the Dolphins. Ryan Tannehill is that guy, even though I probably will not draft him since we are all in on the LION KING.

When your draft day comes around. When that one owner reaches out and grabs Jarvis Landry in Round 6. Smile to yourself and say inside your head, “Sheep.” 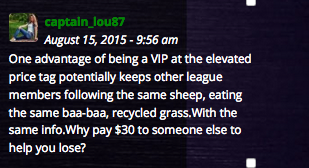