If your league is still alive in the Fantasy Football world. The one and only Waiver Wire claim is of course De’Angelo Williams. If your league is still alive, post below any Waiver Wire questions. Keep in mind that it is Week 17, and figuring out the best sleepers for D/ST and potential at WR or RB would have to be determined later in the week as we hear news of about players that are injured, and players that are sitting because their team is done. 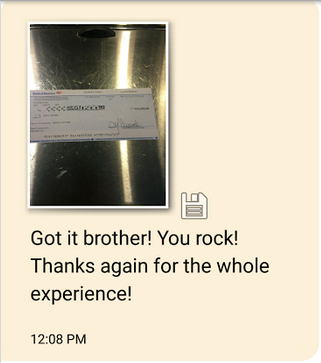 The heart and soul of BEAST DOME this season was supposed to be Adrian Peterson.

That obviously did not work out Adrian Peterson went down in Week 2. While for many that would be the crushing blow and the end of your season to lose your #1 Pick. Many of the VIPs not only made the Playoffs, but some went on to win their championship.

A big reason they were able to win their Championship this season is because of the QB Strategy that no other Fantasy Football Website can compete with in 2016.

The Prediction held true as Stafford and Ryan were Top 5 QBs for a majority of the season. Unfortunately for both players, Matt Ryan lost Julio Jones towards the stretch run of the season. Matt Stafford lost Theo Riddick. Two players that really were difference makers for the entire offense.

Regardless the Sleepers at each Position were BEAST. Now for a recap of each position.

Everything explained above. Even if you were not a VIP, you probably had Stafford or Matt Ryan on your team. Some VIPs had Carr or Bortles, but in the end Ryan and Stafford were on those squads.

Thoughts on Bortles. The Jaguars offense was described as a black porsche driving down the Freeway at Top speed during the preseason. During the regular season the Jaguars could not look more off. It will be interesting to see how the Jaguars pull everything together next season, but you have to imagine if the right moves are made during the offseason, they can be the dangerous team we expected them to be, in 2017.

Adrian Peterson went down. Second year in a row the BEAST DOME #1 overall goes down, Marshawn Lynch last season. The reason why a lot of you survived Adrian Peterson was because of the emphasis of drafting Sleeper RBs. 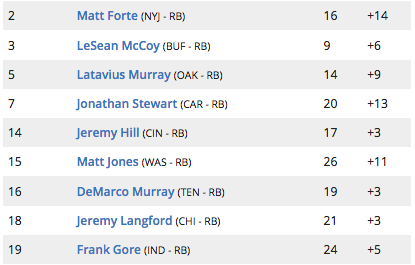 Matt Forte and LeSean McCoy were vital parts of the Draft Strategy.

Latavius Murray ended up on just about everyone’s roster, and when the going got tough. I told you that Latavius’ Carries matter and he should be acquired in all leagues.

Only players who were RB targets that really hurt were Matt Jones and Jeremy Langford. Both lost jobs when they got injured.

In the end, the RB collection should have been enough for every squad.

WR was an interesting position this year for BEAST DOME.

There were some legendary picks like Terrelle Pryor, and Kenny Britt was also nice for a diamond in the rough.

However the picks that really made a difference were the Emmanuel Sanders/Michael Crabtree/Mike Wallace.

Did a good job calling a lot of Busts at WR, even if I did miss on Jordy.

Golden Tate will end up with his 1,000 Yard season, but those numbers definitely were not what we expected. Less than 5 TD is unacceptable, and the only reason it happened is because the Lions did not run enough screen passes for Tate in the Redzone. Instead they relied on Stafford trying to get Marvin Jones one on one, and when Riddick was out the Redzone D tightened up against Staff.

Like Forte, Marshall had a lot of hope but the Jets were a trainwreck this season. The media got to them after they struggled against 4 Playoff teams in a row, and Bowles started changing up the QB situation and everything was thrown off after that. 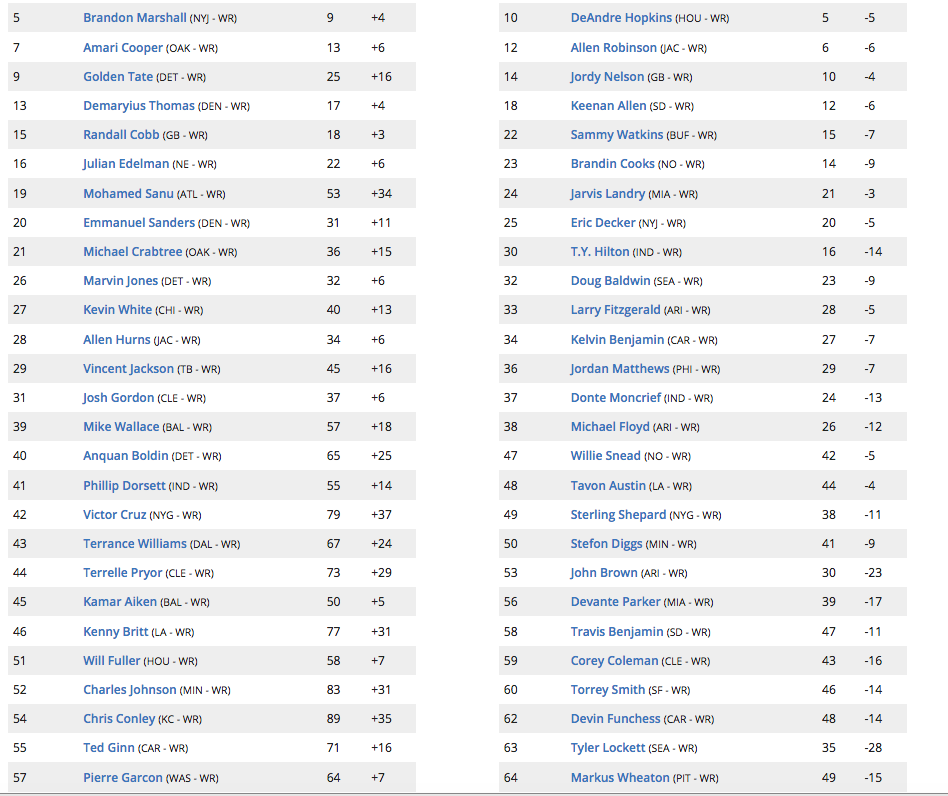 Julius Thomas seemed like he was playing the entire season injured.

Eric Ebron became very inconsistent down the stretch run of the season and played injured nearly the entire year.

Jimmy Graham was an option for some, like TEAM BEAST DOME. Finished #3. In the end, the TE position was inconsistent this season. Even Gronk was a BUST Pick if any Expert Site directed you to drafting him. Greg Olsen was inconsistent despite the 1000 Yard Season.

Misses and hits. The Giants D was a great call, and the Jags/Lions were two underdog defenses that actually played playoff worthy football.

When you look at some of the HIGHLIGHTS of the past seasons I have Predicted.

2015. Brandon Marshall when everyone thought he was done.

Matt Ryan and Matt Stafford was a solid QB Strategy.

LeSean McCoy highest rated is a good prediction, but I have already called him back from the grave in the Chip Kelly days.

Terrelle Pryor is a cool prediction and he will be a Top 10 WR consistently in Fantasy Football before his career is over.

Then when you really think about it. What is the best prediction from any expert this season?

Based on all this data. Looks like Matt Ryan was the Key Pick for BEAST DOME, and in the end. He was a difference maker in winning your league. If he wins MVP, which is possible. This pick will be a great pick to celebrate 2016.

BEAST DOME is PREPARING FOR ALL FANTASY BASKETBALL

NEW BEAST HEDGE IS OPENING UP AS WELL