THE GRAHAM IS NO LONGER SILENCED

Before I get into TEAM BEAST DOME, you literally have a 1/10 shot at winning the SPA GIVEAWAY. All you have to do is predict the yard Totals for the Following Players.

Closest to the most accurate win the SPA. Free to enter just follow the steps in the contest information below. 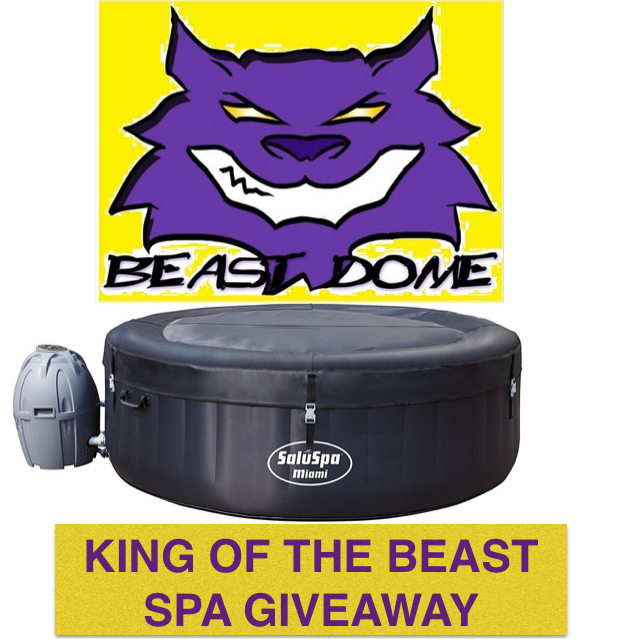 The comeback is in full effect. My RB Core is coming into a nice 4 headed monster with the addition of Darren Sproles to join Matt Forte/Jonathan Stewart/Latavius Murray. Matt Ryan is playing like a Hall of Fame QB. Matt Stafford as a backup does not get any better.

The weakness of the team is currently at WR, but Brandon Marshall/Mohamed Sanu/Golden Tate will churn out a trio of 1,000+ Yard WRs when it is all said and done. Throw in the Streaming Defense, which you can get with a Weekly Waiver Wire Package, and this team is looking unstoppable.

FEATURE PLAYER OF THE WEEK

THE GRAHAM IS NO LONGER SILENCED

Last season the BEAST DOME strategy was to select Marshawn Lynch in Round 1, Jimmy Graham in Round 2. An idea that sounded great on paper, but turned out to be a Draft Strategy to regret. Luckily last season the Super Star WRs of Marshall/Baldwin/Crabtree/Jones and the RB combo of Murray/Ivory and others were more than enough to turn everything around.

This season, Jimmy Graham was not only a steal. It is illegal how late the BEAST went. Everyone had given up faith, but for as late of a pick as he was. There was upside in taking the risk. The season started out with Dwayne Allen and Jimmy Graham as my two TEs. Jimmy Graham is not only my only TE on my roster, but he is now #2 overall at the position.

So we ask, what is different this season from last season, minus no Marshawn Lynch. The difference is, the Seahawks are finally throwing him the ball.

This season Graham is averaging 7 Targets a game in his last 7 (Full healthy) games, just shy of 500 Yards.

Most important stat of them all, Graham has seen less than 8 Targets only once during his current span.

Last season Graham saw less than 8 Targets in 4 of those 7 games.

In the end, Graham is finally the consistent BEAST i need him to be. 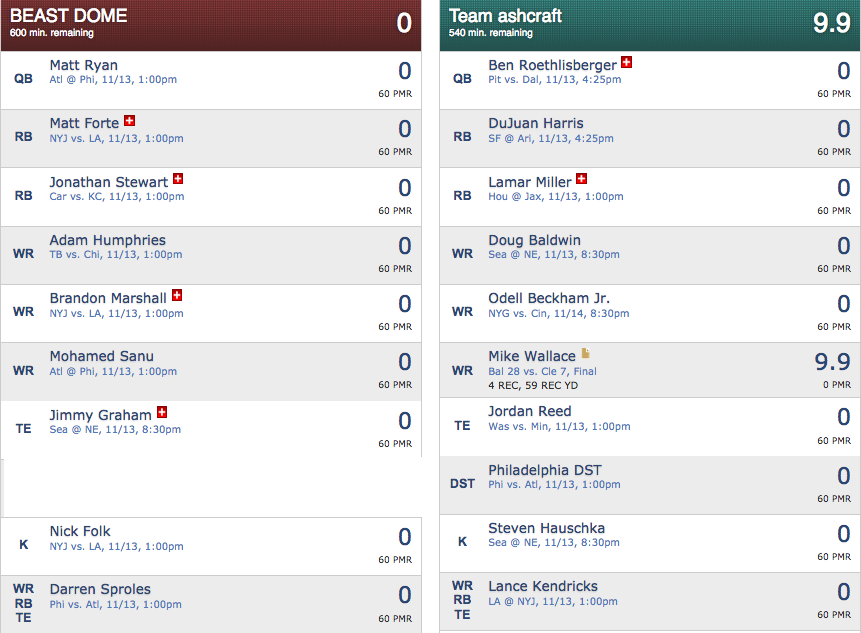