Madden 18 came out tonight, I am in the works of creating a masterful video that I hope to have ready for you this weekend. The video will be a BEAST DOME sleeper that Experts are telling you not to draft. So for all those people who were hoping for a fantasy tip. You are getting one.

As my clients know, and my future clients will get to know. I watch the preseason games religiously. Been doing it before you were born.

My hardwork is paying off and if you were a MVP member reading my Haiku’s you probably could of jumped on the boat.

Season is just getting started and I am already in Mid-Season form. You can continue to listen to the sheep, or you can jump on an MVP package and have a successful Fantasy season.

Plenty of people are signing up for THEE BEAST STRATEGY to win your Fantasy Football League of 2017.

We are attacking the Big Dog.

The Big Dog has to cover it’s ass and will write a bunch of nonsense before every story to make you think the writer is actually funny. When in reality if people did not know who you were, nobody would take a second to read what you had to say.

The intro is a long boring piece about Flinstones and Steven Spielberg. Probably 5 pages worth of boring material. 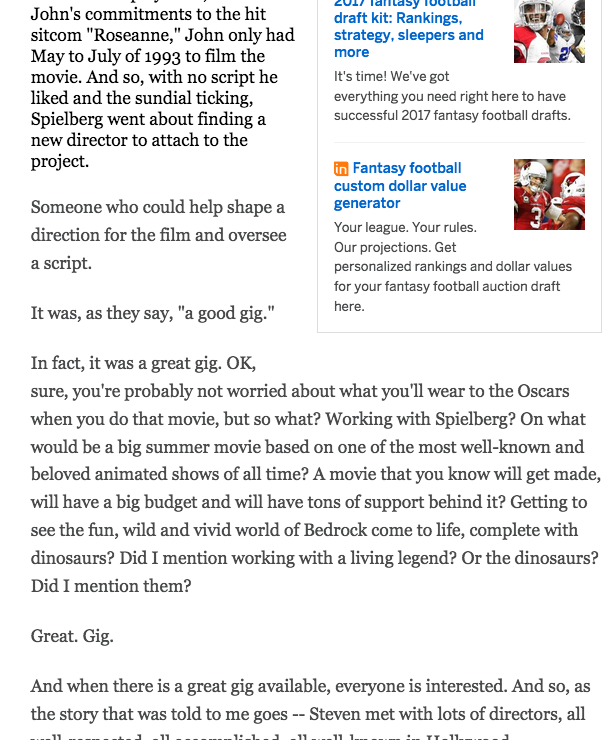 This is a Fantasy Football article right?

Then Matthew goes on to name drop a bunch of facts that are really pointless to remember or rely on.

Ya really smart so draft Cole Beasley over AJ Green? and Dez Bryant? How about mentioning that both of those star WRs were injured. Just long boring dialouge that does not help anyone. Then he says.

Great so why does ESPN pay you to be an Expert if anyone can win? Is that also how deep your Fantasy Football mind is that those are the only strategies on the board?

Then he goes to list random facts that are pointless. 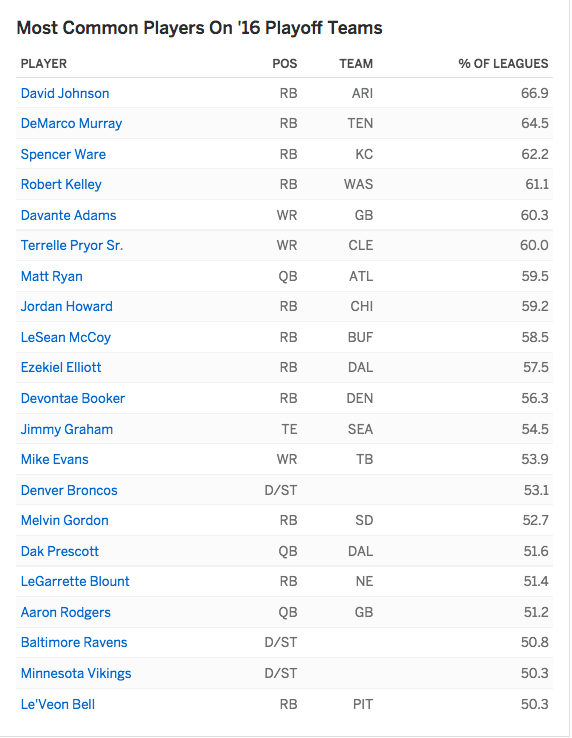 No Expert Ranked any of those players higher than than BEAST DOME last season.

Lesean McCoy was one of the target RBs if you were a MVP, Pryor and Ryan were free for the Public.

After that he goes on for about 10 years worth of writing without giving any strategy and talking about every player and how they performed better than another player. Then shows off his picture with Antonio Brown right in the middle. 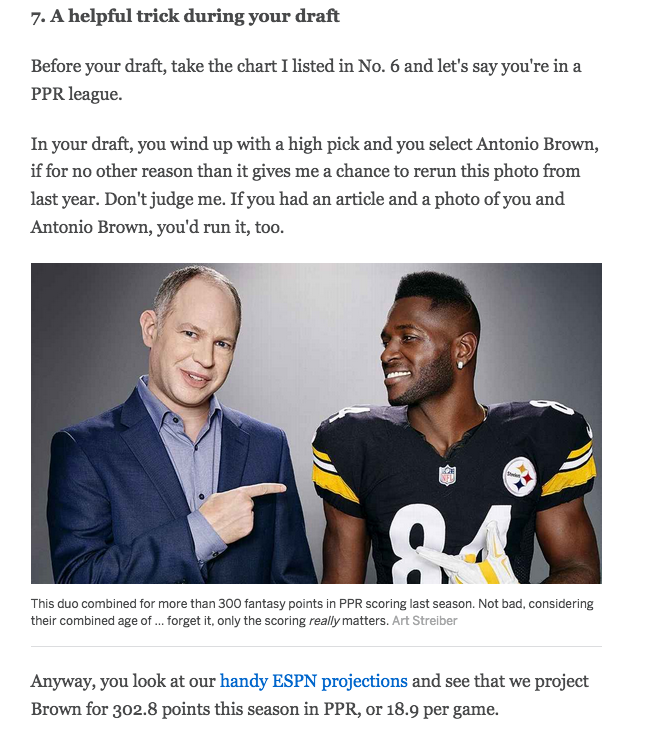 Matthew Berry likes to talk about how unpredictable Fantasy Football is, which in my opinon is just the dumbest thing to ever say if you are trying to come off as an expert. His mindset is so far off mine, it hurts my mind to even stoop to his level. In fact, this is the last time I even think about him after looking at this.

There was one time I met Matthew Berry when I was at the Fantasy Sports Trade Association, the same night I got interviewed by the New Yorker (Thank you god for giving me that experience). I was talking to Matt one on one for a while and then this conversation came up.

Munt: Do you ever play FanDuel or DraftKings?

Matt: Ya but I don’t like to play with my name, I use a fake name.

Obviously this guy has no confidence. Own up to being an Expert! The Mamba School of Mentalility that I have been practicing would give this guy an automatic F.

Not one mention of one player he would draft. He just wasted about 30 minutes of your time if you tried reading that article. But at least ESPN can show their advertisers that people are staying on his page for a long team to read his non-sense. SHEEP.

While we are here in ESPN land. Lets look at Tristan Cockraft’s QB Strategy Article titled.

Another perfect title for ESPN to cover it’s ass and make sure they did not stay too committed to one player.

Instead they give you graphs of projections, and tell you where the player is going based off of their ADP.

Once again, not committing to one player. At least he did not make us sit through a story about Steven Spilberg and the Flinstones.

With me you get no fluff. I am getting straight to the point analyzing each player and actually coming up with a strategy that is going to deliever you the results you are looking for.

No it is not RB/RB/WR, has nothing to do with that nonsense. It is a strategy that I have been working on vigiriously since March and it is now finely crafted to bring you a BEAST SEASON. I am writing to you this article at 3:57am after re-watching the Preseason games from Thursday 2x now.

That is the type of commitment you are going to get from me all season long. 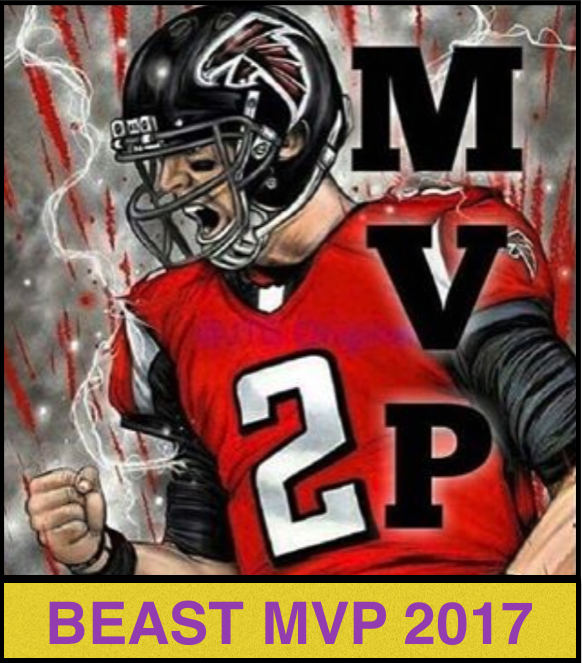