THE WARRIORS OWN THE THRONE

Before you try to even make a case for the Raptors, the Warriors still have a PRIME Steph Curry/Klay Thompson/Draymond Green/DeMarcus Cousins and when/if he returns, Kevin Durant. All of these players are playing at the highest level they can in their careers, and they can continue to improve as well pending on what team/situation they end up on.

DeMarcus Cousins returning to this offense gives them enough fire power on the second unit to keep a lead not only through the start of a game, but when they bench Steph or Klay, Cousins will be a machine bullying guys like Serge Ibaka and Marc Gasol.

The Raptors do not have enough talent. Kyle Lowry is proving he is the next Raymond Felton, but past the best days already. Siakim is a talent, but Draymond should have enough of everything to limit his game. Danny Green can play defense, but he is not a reliable enough shooter to make a huge impact. Andre Roberson on roids is a good comparison.

Then there is Kawhi. No doubt Kawhi has raised his legacy the most this playoff run than any player in the NBA, but he does not have enough to beat the Warriors. He can only do so much on offense, and Andre Iguodala knows how to shutdown stars in the Championship. If Kawhi does not score his 28+ a game, the Raptors will not be scoring enough as a team.

Warriors can easily win this series with their shooting, and I expect them to do just that.

WARRIORS win the first two games in Toronto, then close out in Golden State. 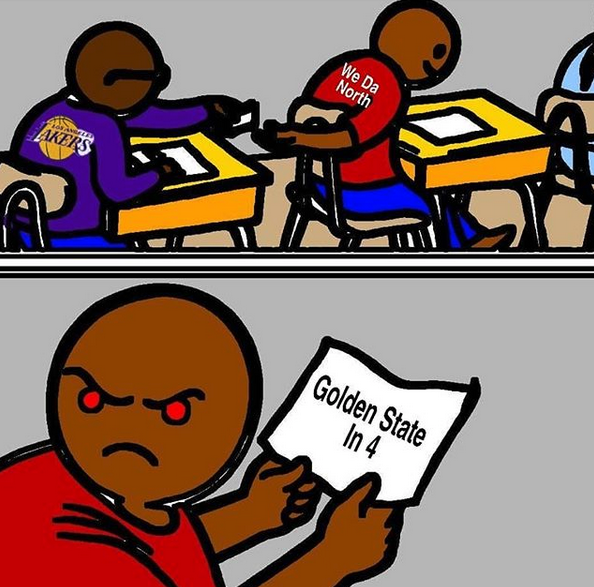