Last season I ranked the 3rd/4th Round Tyreke Hill a BUST. 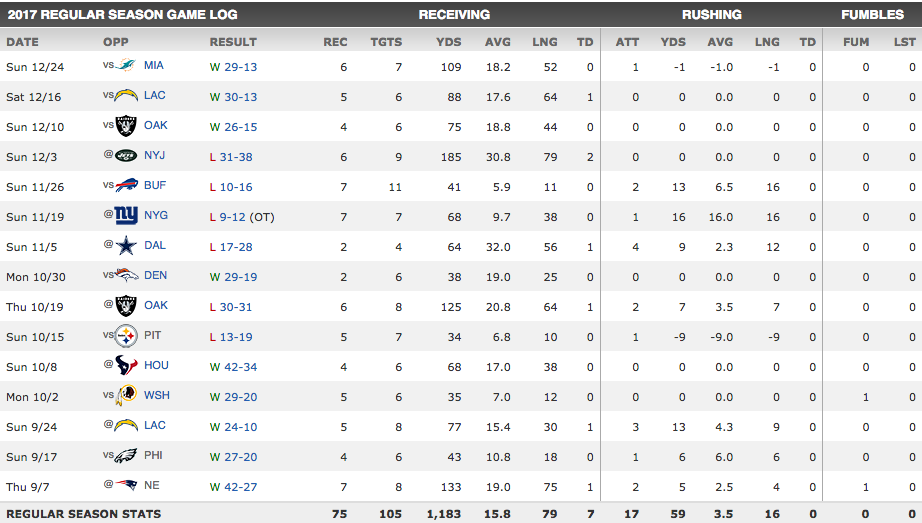 Last season Tyreke Hill went over 100 Yards 4 times in 2017. One of those games was likely irrelevant in Week 17 against the Dolphins as most Fantasy Leagues end Week 16. When you look at his Hill’s season, it was one of a few booms and a lot of BUSTS.

If you played Tyreke like a WR1/WR2 as he was drafted last year, you likely rode out Hill for a while after his Week 1 Boom against the Patriots. If you did, you got WR4 production from your “Star” WR as he failed to get over 7 Points in Standard Leagues 5 of the first 8 games. That my friends is a 3-5 Record, if Hill is a crucial part of your success.

While Hill won you Week 14 if you made it that far, he was a Bust with only 7 Standard Points in Week 15, while doing just enough to say he got the job done in the Championship. Riding with Tyreke Hill was not a fun journey for fantasy owners, only 2 games from Week 1-Week 12 where Hill’s expolsion really helped win you your matchup and he played like a WR1. While putting up anywere from WR4/WR3 numbers in the rest of the games with sprinkle of WR2.

If you watch the video, you will see I mention Spencer Ware as being a threat in the passing game. He is healthy this year so that is one concern for Hill. The Chiefs also added Sammy Watkins this offseason, that does not help Hill get more targets. The Chiefs also lost their QB Coach and Alex Smith, no way to spin that his new situation is better. To top it all off, Patrick Mahomes will likely look for the safe pass in Kelce and the swing passes as he gets adjusted to being a Franchise NFL QB.

Despite all this. Tyreke Hill is ranked the #13 WR on FantasyPros. Sheep Experts around the world promoting Hill as a WR1/WR2, absolute joke. 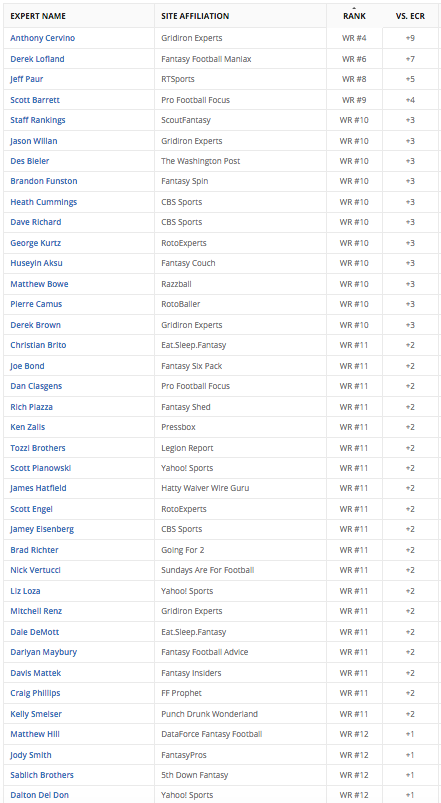 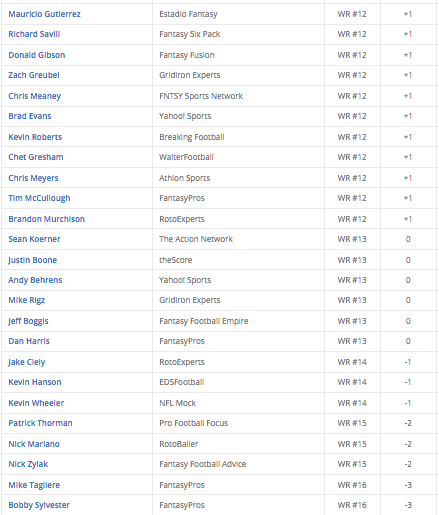 To think that all these experts are leading you down a season where you will not win your league. Want some more insult to injury, the Chiefs play the tough secondary of San Diego in the Playoffs, the great secondary of the Ravens in the playoffs, and if you make it to the championship. You have a date with destiny in Seattle where Ken Norton Jr. returns (Ex DB coach of the L.O.B).