Wake Up Andre The Sleeping Giant

A superstar WR that gets more hate any superstar WR will probably ever get, yet alone a Future Hall of Fame player. You will draft him this 2014 season, everyone will say he is OLD (33), you will say he is coming off of a 1,400 yard season, they will remain quiet. So far the season for Andre has been quiet, though going into his last game against the Cowboys, he was still on pace for a 1,000 yard season. Still the hate will roll in. 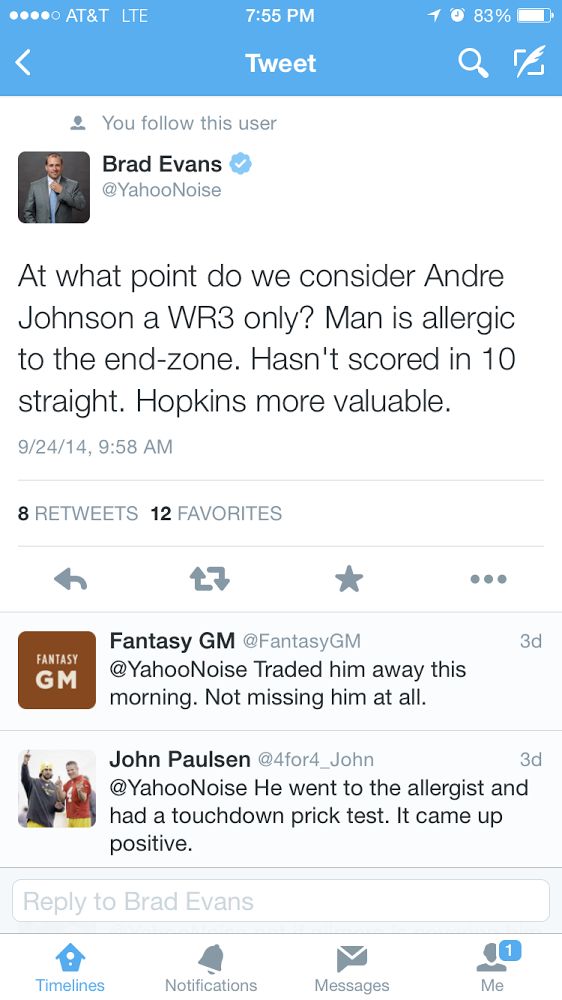 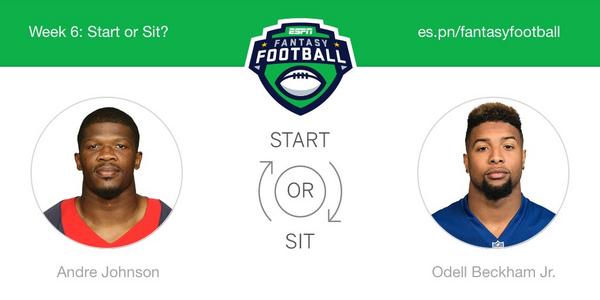 Andre is a BEAST. The fact he has not scored a TD is somewhat of a concern, but the Texans offense really has not found the groove they are looking for this year.

Game 1: First game the offense was together. No Field position.

There is no doubt Andre has a great remaining schedule, but lets talk about now. Let us WAKE up this sleeping Giant who need a Breakout Thursday Night Football to all of a sudden be on pace for 1,200 yards. Let us get Andre Johnson the TD he needs. The targets are definitely there, the variety of routes to screen passes, to streaks, to slants are all there. Andre just needs to get a few more shots down the field, and then everything will wake up.

Everyone is hyping DeAndre Hopkins to being the best Fantasy WR on the Texans, they are crazy. Andre Johnson is a BEAST and Ryan Fitzpatrick knows it. DeAndre will help the double-teams go away, first time in probably over 5 years for Johnson. There is no reason Andre Johnson will not go back to being the BEAST we all know. Especially with the running game reminding everyone that if you do not bring the safety up, Arian Foster will be a Monster and rush for over 100 yards with his eyes closed.

Time for Andre Johnson to step up. Thursday Night Lights is that perfect opportunity. Andre Johnson is a BEAST DOME legend. Time to start playing like one.