We now sit at Week 5 of the Fantasy Football Season. 1/4 through, and all the Sheep Experts who told you to wait at QB have probably cost you your season.

Imagine if you went through your Fantasy Football Season without hearing the phrase…BRADY TO GRONKOWSKI. TD! and not being excited. That could have happened to you.

All the BEAST DOME PRESEASON MVPs own either Tom Brady/Aaron Rodgers/Drew Brees, a lot own Brady. Reason for that was Rob Gronkowski was the #1 Guy that all MVP’s were to target on Draft Day. If you missed Gronk, grab your QB. If you draft Late, go Gronk/Brady. Gronk has been nothing short of amazing and easily steering teams to a winning record.

Tom Brady leads the NFL in Passing Yards & tied for 1st in Touchdowns. 10 to go along 0 INT.

Tom Brady has been doing his thing with ease, driving down the field, scoring Touchdowns. Imagine if he had Julian Edelman in that offense, my mouth is starting to water. Tampa has a lot of injuries including Kwon Alexander and TJ Ward, Lavonte David may or may not play. If Tampa cannot stop the run, which they may be fine at doing just because Gerald McCoy is playing, then Tampa is DONE. Brady has been a surgeon this year carving up defenses. The Bucs Secondary has not been strong at all, and to expect them to figure it out against Brady and company is not possible.

What makes Brady so great is that he is spreading the ball to everyone. While Gronk/Cooks/Hogan appear to be the 1/2/3, James White/Dion Lewis/Danny Amendola appear to be another 1/2/3 that Brady can hit whenever they are in the game. Tom Brady has weapons, he is going to pick Tampa apart, there is nothing Tampa can do about it.

On the flip side of the ball, the Patriots are playing the worst defense I have seen in sometime. The Saints Defense of the 2000s have been horrible, the Patriots Defense has been worst than that. You will see WRs running wide open down the field play after play. Patriots seem lost and it is highly unlikely they figure it out against a Red Hot Jameis Winston offense. Mike Evans and Desean Jackson are going to be running wild all over the field, Adam Humphries will even do his part in being a nice PPR option. New England is in trouble on defense.

Patriots have just enough in the tank to win this game. The downfall of the Patriots is them running the ball and being comfortable with a 14-0 lead instead of staying aggressive. Which forces them to punt and switch the entire momentum by allowing a TD.

Patriots should figure out this flaw sooner than later, no matter what happens. Expect Touchdowns.

$50 for my Rankings + Projections + DFS Rosters plus Vegas plays. Each week is a brand new season to me. If you want to jump on and get the latest information to BEAST your league from the #1 QB Expert, Week 3 DraftKings Championship Qualifier, and #1 overall Expert of Week 2. 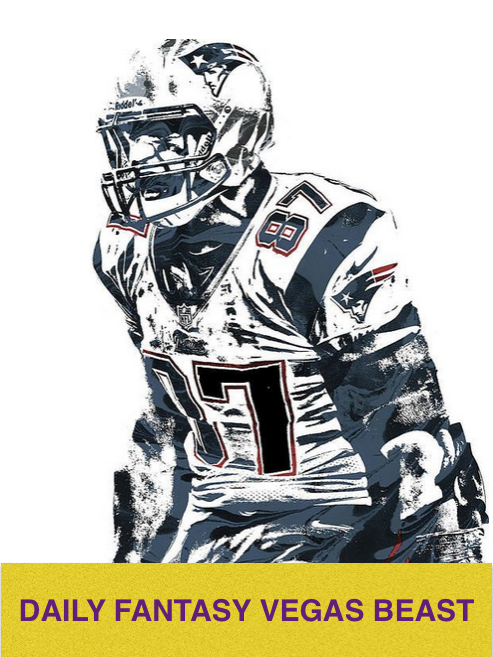