Before I get into the breakdown of the above game. You must trade Melvin Gordon instantly. With Mike Pouncey going on IR, the Chargers are dead in the water. Too many injuries, offense and defense. Henry is coming back, Mike Williams is back, but the Chargers are heading into a tail spin. Three tough games, Gordon will lose value and you can buy him back cheap if the Chargers somehow look good.

Do what you can to get a Stud WR Mike Thomas/Hopkins/Julio/Davante/Odell + Weapon. Text me trade offers and counters from the above.

We have seen some boring Thursday Night Football games this year. This is right there with all those games. The Giants are throwing in the towel before the game even starts, no Saquon/Shepard or Engram. The Giants do not even have Wayne G. they literally are taking the L. This should be a good night for Daniel Jones and Golden Tate to relive their awesome preseason chemistry. That is about it, the outside corners for the Patriots are too talented.

The Patriots can decide how many TDs Tom Brady is going to get. He can get 2, he can get 3, he can even get 4. Patriots should score as many TDs as they want and have a controlling lead by halftime. Josh Gordon will get a lot of Janoris Jenkins, who shutdown Stefon Diggs last week. Look for Brady to get a lot of guys involved, but the main weapons remain the same in Edelman/White and Sony Michel who actually lined up at WR and caught a pass.

GET REST OF BEAST SEASON 2019 FREE 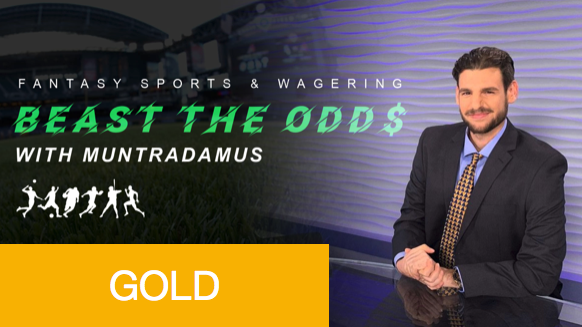