Back in the day, the NFC West was not really a huge offensive division. You had Kurt Warner doing big things with the Rams and Cardinals, and outside of Russell Wilson no QB has made a huge mark in that division over the past decade, not going to give credit to Jared Goff.

Out of nowhere, three of the four teams are pass dominant amazing teams in the air. Kyler Murray is off to an MVP start for the Cardinals, while Matt Stafford is enjoying HUGE numbers with the Rams. The thing that always remains constant is Russell Wilson still doing it for the Seahawks. Maybe even Trey Lance is the future for the 49ers?

Thursday Night we have two defenses that can stop the run if their life depended on it. Bobby Wagner of the Seahawks is arguably the best MLB in the NFL, and Aaron Donald the best on the DL for the Rams. Both are Hall of Famers. Expect both teams to take flight in what should be a battle of what QB looks the best.

At the end of the day, Russell Wilson at home is far more dominant than Russell Wilson on the road. The same can be said about Road Matt Stafford who has always seemed to struggle more often than not when he does not have a dome over his head. This will be a battle and a close game. 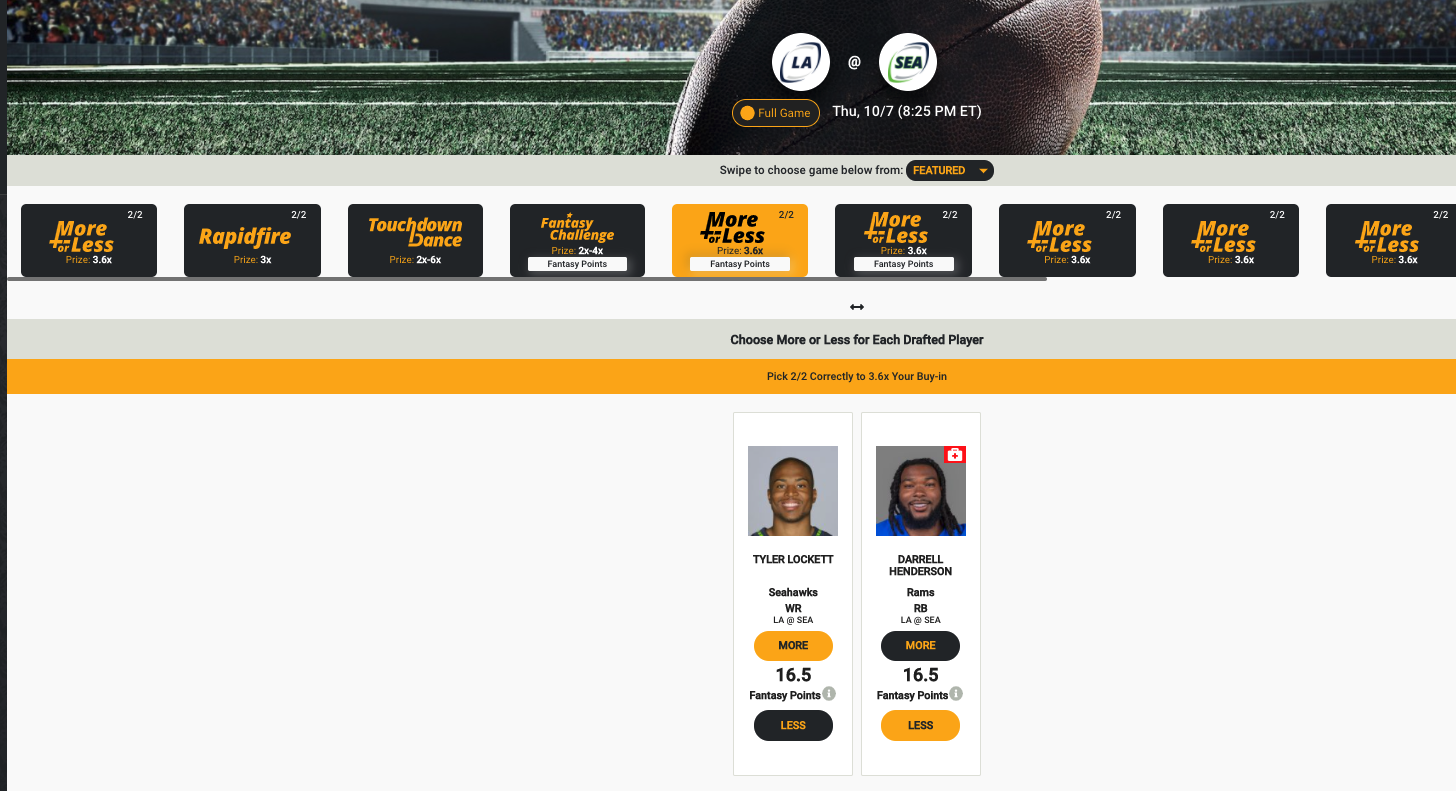 With Jalen Ramsey likely lining up against DK Metcalf, that should give Tyler Lockett the better matchup. Lockett just needs to have one of his typical 7-8 catch game and he can easily find himself over the 16.5 Fantasy Points total.

Rams will not be running the ball often. 16.5 Fantasy Points is way too many for a pass-first team and a RB who is not that important to the offense on the road. Go ahead and take the under.