The Playoff Race. Nothing like it, and yet it is so early in the season to worry about it. Remember the Golden Rule of Fantasy Football. No matter what, you cannot lose 7 Games in the Regular Season. 6 is a close Max, 7 is absolute Max.

Heading into Week 9 I am once again relying on my wing man, Matt Ryan to get me a Win. Matty Ice is the #1 QB in Fantasy Football this season, a very nice luxury to have and a strategy I was preaching in June.

This Week I am going to feature a player you may or may not have heard me mention before.

Through 8 Games of Mohamed Sanu we have seen the good, the bad, and the ugly. He has arguably been less than 100% with various injuries throughout the start, but we all expected much stronger results.

Those numbers are nothing special, but there is still plenty of Fantasy Football season left. The schedule does get easier for Atlanta. Julio Jones is a little beat up himself. Matt Ryan is starting to trust Sanu more.

The reasons go on and on. However we want to see results. This Thursday Night Football Game against the Bucs is a perfect example of a game where Mohamed Sanu should be a Must-Start WR#2.

If you are deciding between Golden Tate and Sanu, roll with Sanu. The Falcons passing game is going to crush Tampa Bay and there should be plenty of targets for Sanu to eat. The upside is there, I am ranking him as a Top 15 WR on FantasyPros this week.

See the rest of my lineup and how I would set yours with a Start/Sit Package listed in the Tool Bar. 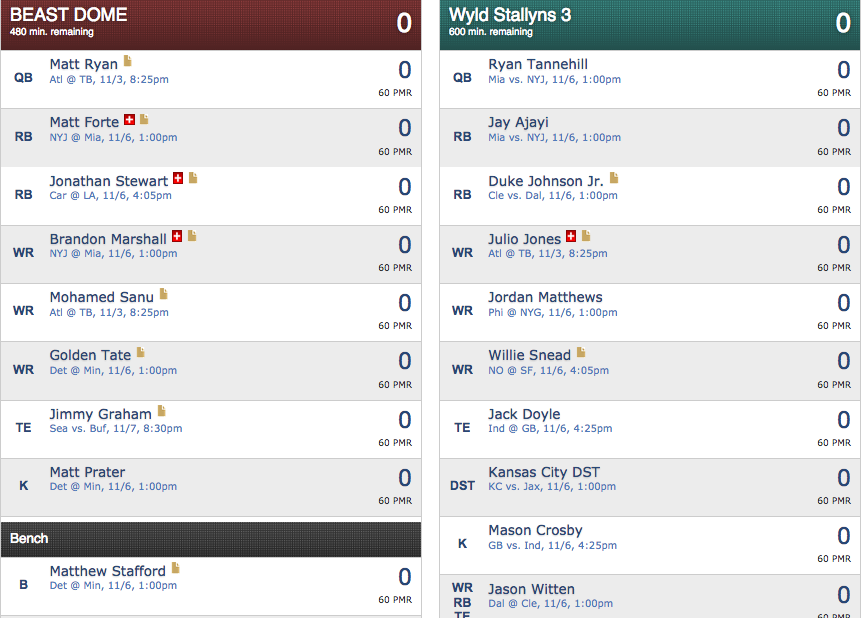