If you remember on Thursday Night Lights (Week 1) I mentioned that Tom Brady was the BEAST DOME QB of 2021. 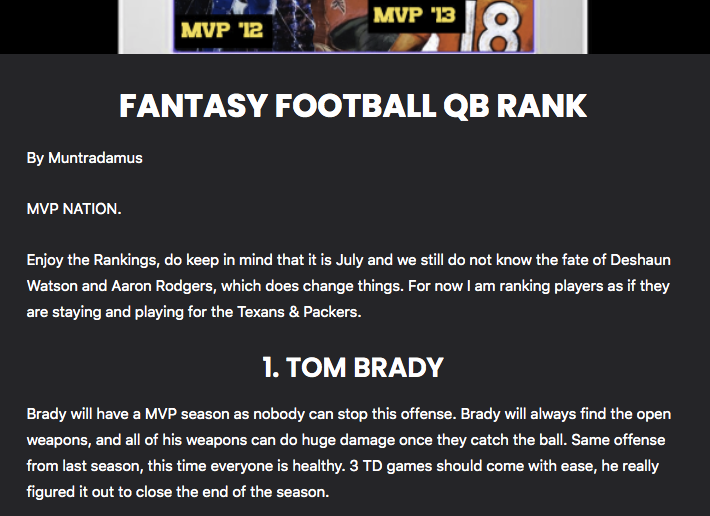 So far this statement could not be closer to the truth. Tom Brady is on track for an MVP season and the Bucs offense is unstoppable. Even without Gronk, the Bucs offense is lethal as anyone. Eagles Defense has been playing well at times, like last week against Carolina. However, the Defensive Unit has been blown out at others when they face a tough offense like Dallas earlier this season.

In this situation against likely MVP Tom Brady. We have to expect a tough offense is coming into town. Tom Brady should be able to find the open weapons. The only way the Eagles can potentially stop the Bucs is if their pass rush is able to push into Brady’s face. However, that cannot happen every play.

The Eagles are having a weird season where their offense sometimes looks like a High School Football team, barely able to move the ball. Other times it looks like they can make the playoffs when Hurst is leading the way. The Bucs defense is in shambles right now. The secondary is not 100%, Lavonte David arguably their best player is out. Still this Bucs D has a strong pass rush. Jalen Hurts may have open targets here and there, because at times it does not even look like the Bucs secondary is on the field.

In the end, Tom Brady and his Bucs offense is going to be far more consistent in moving up and down the field. Jalen Hurts does have the opportunity to put on a show and give the city of Philly something to brag about all season. First Nick Foles, now Jalen Hurts. Philly has Brady’s number! But then you turned off the Xbox. Or was it all real? 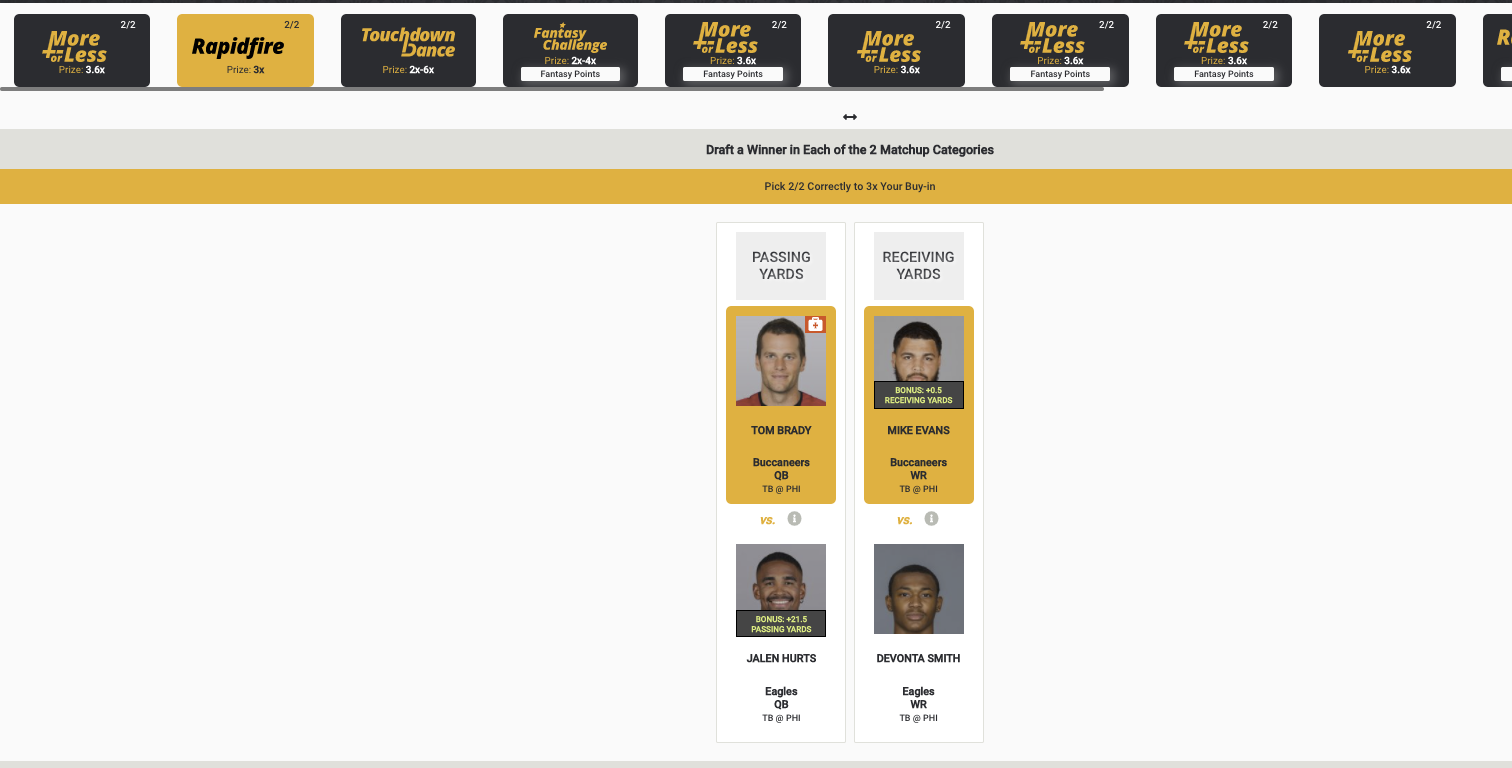 Do you know how quickly Brady can get 22 Pass Yards?

Literally in two passes without breaking a sweat.

Do you know how easy Hurts can throw for 22 Pass Yards?

Maybe in 2 Drives, maybe 3. Eagles offense does not always work.

Sometimes the Eagles offense just does not work. While you know Mike Evans will go off at any point, on any deep ball. Take Evans in the matchup.