All of a sudden the Jets offense came to life, in the most unexpected way. Without Zack Wilson, against arguably the most improved defense in the NFL in the Bengals.

Now that same offense goes on to the play in Indy. A defense that started out as a bit overrated has now finally hit their groove. The run Defense is playing top notch as expected, and their secondary is forcing turnovers and looking like they will not be beat by scrubs. Now the Jets offense appears to be scrubs, but the scheme is to get the ball to their play makers in space, Carter/Johnson/Crowder/Moore, mostly in the short and intermediate passing game. The Colts defense makes tackles and should be able to limit those play makers in space. With the running game struggling, it will really just come down to Darius Leonard and Bobby Okereke making big tackles.

For the Jets defense, their team has been hopeless all season. Just as their offense shows some life, their defense remains in the grave. The secondary can easily be torched by the right passing scheme, which involves a lot of quality WRs like the Colts have. The running game should be fine for the Colts as well as the Jets Front 7 has not been 100% all year.

With a big lead from the passing game, and the constant pounding of Jonathan Taylor with a lead. At home! The Colts should roll in this game no problem. 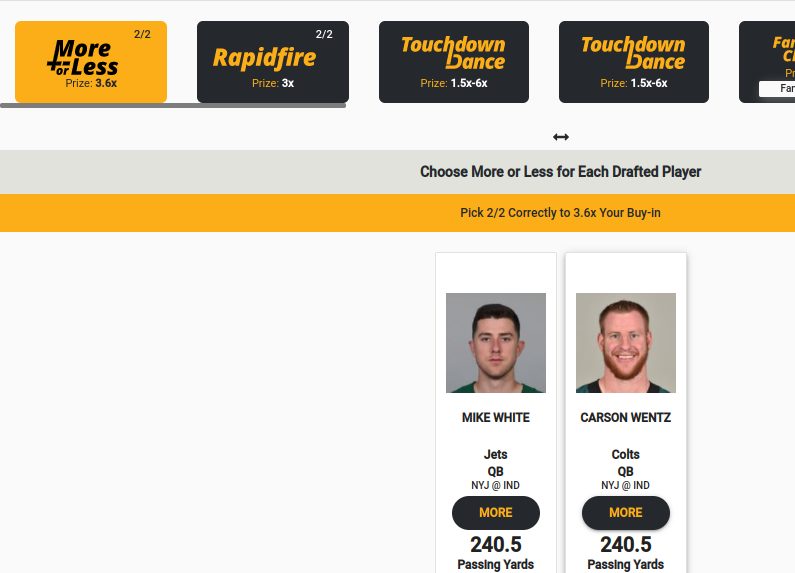 Jets will not be able to run the ball against the Colts. Expect White to throw a ton of quick passes easily getting over 240.5 Yards. Last week he threw for over 400! He can get this number.

Jets secondary does not have a chance. Wentz will be able to do what he wants whenever he wants. 200+ Pass Yards could come in the 1st half.