THE CIRCLE OF STAFFORD (WEEK 8)

A huge blow to the entire BEAST DOME NATION in Week 7 when we lost our BEAST, Arian Foster. Luckily for Team BEAST DOME, Alfred Blue was already on the roster when I stole him off the waiver wire for $50 FABB. The season rolls on and there is still Football to play as TEAM BEAST DOME rebounds from this rough start.

This week I need Matt Stafford to be vintage Stafford and bring my team in the middle pack of the 900 club squads. There is not a lot of time left in the season to make a move, but there is enough time. Stafford is primed for one of the biggest games of his NFL Career as he gets his QB coach Jim Bob Cooter calling plays. Cooter and Stafford have a great connection and the offense is expected be more vertical than ever. From these last couple of games we see that Stafford can put up fantasy points faster than any QB. The Chiefs will be going 3 and out a lot in London which will lead to plenty of time for Stafford to make his run as the #2 Fantasy QB. Brady already locked in at #1 for the rest of the season. 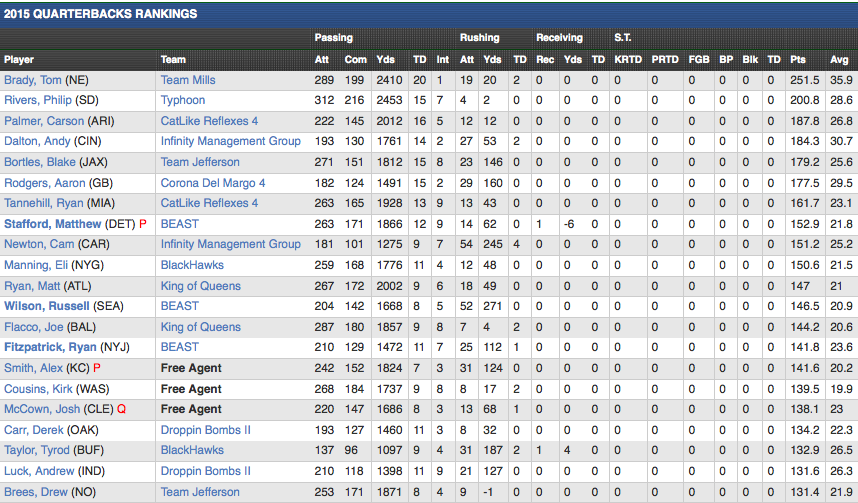 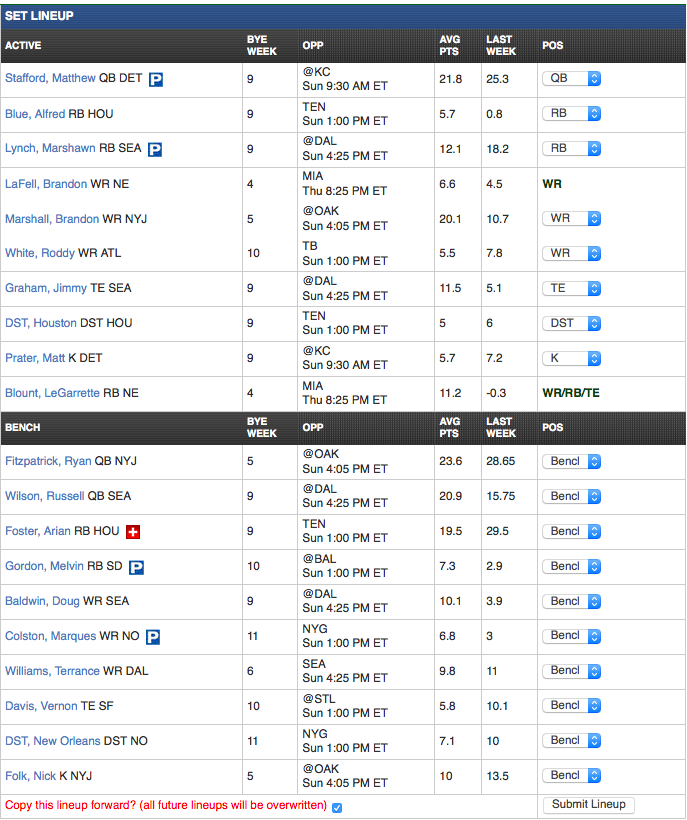 Keeping Arian Foster on my squad until I really need to drop him. I am contempt in saving my little budget I have left after going a large size of FABB to acquire Roddy White. While I agree that Roddy White is having a down season, look at Matt Ryan these last few weeks. Matty Ice is not putting up big numbers, but most important Roddy is now outplaying Leonard Hankerson and the targets are starting to add up. A juicy matchup against the Bucs could be just what the Roddy White doctor ordered. At least my team can only hope.

We all watched the Texans Defense tackle like a bunch of 6 year old girls last Sunday against the Dolphins. I do not expect Bill O’Brien and Romeo Crennel to allow that to happen to this BEAST of a Defensive Squad. Marcus Mariota does not scare me at QB and the Titans running game with Antonio Andrews has to rank on the bottom of the bottom tier as far as top quality RB.

Look for the Texans Defense to come out and BEAST the Titans in what is really a MUST-WIN game especially after the emotional toll of losing Arian Foster. If the Texans lose this game, they might as well toss their season. AFC South is still up for grabs, the Texans Defense has to win it for them. 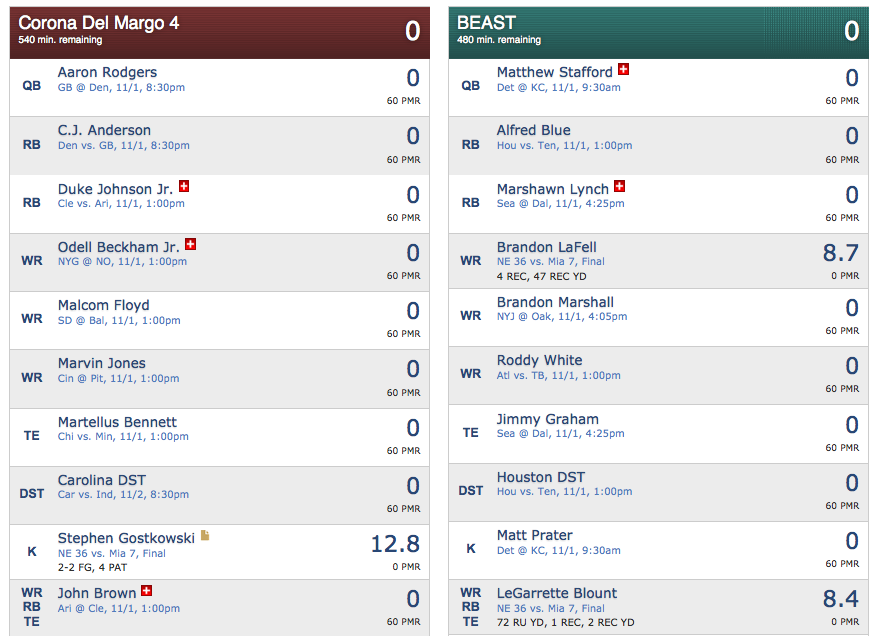 Perfect week to go up against Aaron Rodgers as he plays against the Denver Broncos. I am not scared of this team at WR as they have hit or miss options in Malcolm Floyd and Marvin Jones. While I already missed with Brandon LaFell, Roddy White could easily outscore both of those players. Then they have Mr. Hit or Miss of all players in John Brown.

We will see if my Rebound BEAST in CJ Anderson comes back to dominate me, even if he does. I do not expect this team to make a run and BEAT me as I make my dent in the Standings.