Every season, every sheep Expert falls in love with Russell Wilson and says he is a Top 3, Top 5 QB to draft. While he does back it up every season with a strong season, it is always the most overrated Fantasy Football Season of all players.

WHAT DO I MEAN OVERRATED? 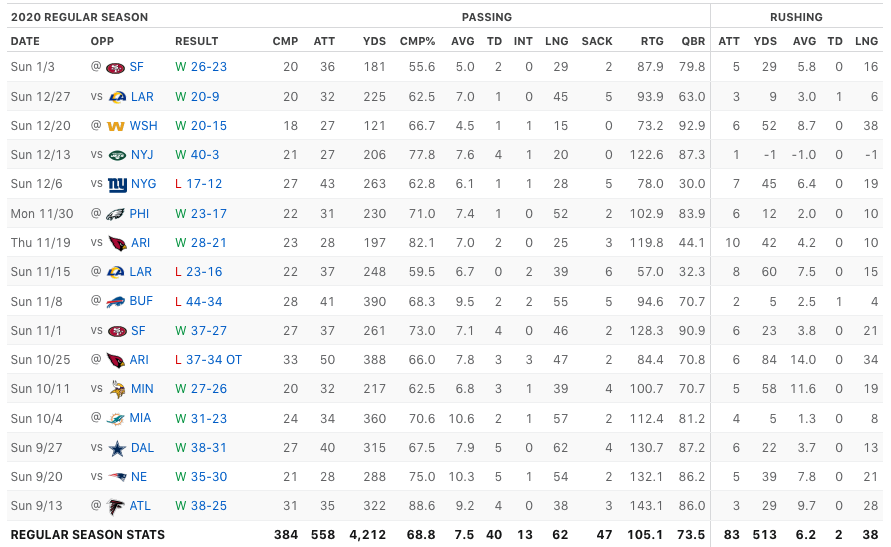 Week 1 on the bottom.

As you can see. Russell Wilson may have carried your squad to a 8-0 start if you had solid help. Which is good enough to get you into the Fantasy playoffs so kudos to him. However in the Fantasy Semi-Finals and Championship. He was no help at all.

His passing numbers after the Bills game on November 8th went straight downhill to a very modest low 200 yards passing for the last 8 games of the season. Yes, his 4 TD game looks nice against the Jets (as he should), but the rest of his second half of the season was waiver wire quality.

Every season it is something similar with Wilson. He will have 5 amazing games with 8 terrible games mixed in. Finally he has a superstar WR in Metcalf which is making him get those 300+ Yards, before that he would only have 1-4 300 Yard Passing games a season.

The Seahawks got a better O-Line this offseason. Lockett + Metcalf are back. Gerald Everett is a new weapon but when has a Seahawks TE ever been a TE1 quality player. Even “Silence of the (Jimmy) Graham” had trouble being semi-consistent.

The NFC West has become more competitive, which does not bode well for Wilson who is really used to being the KING of the NFC West almost every year (49ers/Rams both had a shot at glory). This is a year they may not make the playoffs. According to my custom schedule predictor, that nobody in the world will ever duplicate to my metrics and forumals. Seahawks have the 23rd most difficult schedule (at the moment still big name Free Agents on Defense). While sure Metcalf and Lockett, even Carson have to get their numbers when the season ends because the Seahawks can still compete, Russell Wilson as a QB will no longer be a Top 10 option. 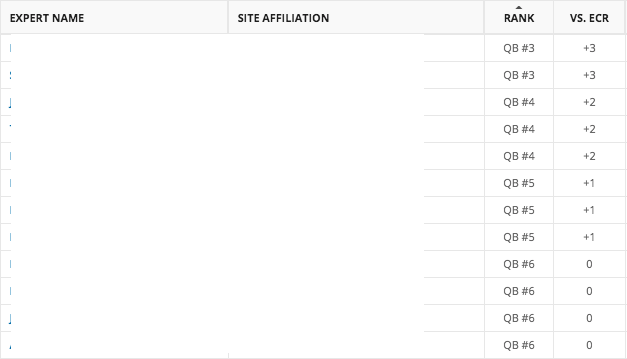 Do not be a Sheep on Draft Day and reach for Russell Wilson when there is so much talent on the board. In fact erase his name from your head because you will not be drafting him at all. I would sell that Rookie Card in the picture, not my card. Would sell for $15-16K.