For some of you. This has been a fairy tale story start to the season. You are 2-0. You have Arian Foster/Marshawn Lynch as your RBs with a deep bench that leaves you with Steven Jackson as your #4. Someone else took RGIII earlier than the target pick, which left you to take Matt Stafford or Matt Ryan. If you did have RGIII you had a BEAST backup in Jay Cutler or Matt Ryan, maybe even Tony Romo. You had STUD WRs fall to you late like Roddy White in Round 5 or Andre Johnson in Round 4 on draft day.

For others, the exact opposite has taken place.

TMZ ruined Ray Rice. RGIII pulling a Paul George in Week 2. Jarrett Boykin one of your key ingredients is now looking like the first official bust. Your league stole all of your WRs and all the QBs are off the wire as you are scratching at the bottom of the gutter for the last snort of crack. You snort crack right?

For those people. This is your story. This is. 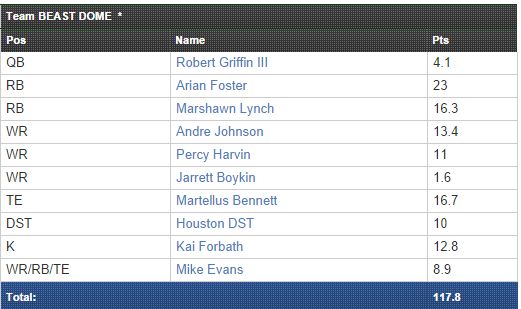 Lost Week 2 by .1 Points. If RGIII doesn’t go down, I am definitely the #2 team of the Week. I am glad my squad is strong, but my QB position leaves me with a HUGE gap now that RGIII is gone. I hold a team meeting and regroup my BEASTS as I prepare for my Week 3 QB job.

Loving the McCown Thursday Night matchup where there should be plenty of garbage time. As well as the fact the Falcons Corners are about half of the size of Vincent Jackson and Mike Evans. I give McCown the start. I know I will need help from the Street in the future. So I sign Ryan Fitzpatrick for $21. I also go with PLAN B.EAST and sign Randy Bullock for Kai August Forbath.

TIME TO KICK OFF MY WEEK 3 MATCHUP

Thursday Night Football my squad is ready to BEAST with McCown/Mike Evans/Steven Jackson. When I saw my opponent had Devonta Freeman I was ready to take a commanding lead. Only to see McCown hurt his hand in the 1st Quarter, and Lovie Smith staying true to his run game down 28-0 early. 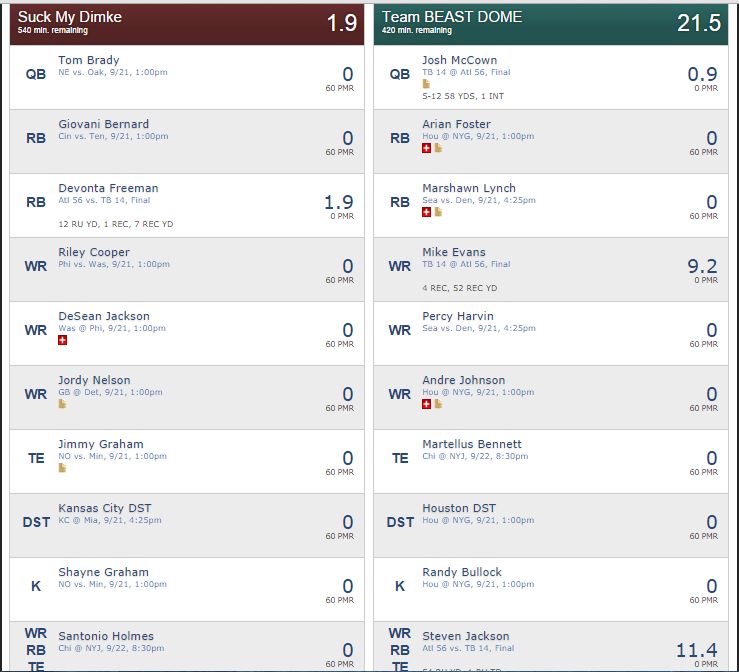 With 420 Minutes Remaining on my teams clock for Week 3. I might as well take a Hit after seeing McCown land a serviceable .9 Points.

My team still may escape with a Win this week. Still, it is looking like my team is gasping for air as it has yet to score 15 Points from my QB position this season.

With my back against the wall. With RGIII looking like he is going to miss more than a month. With my team heading in the wrong direction. It is time to turn to a strategy that only the BEAST DOME NATION will be using.

Unless you have a QB in the Top 15 like a Cutler/Dalton/Romo this strategy is not for you. But if your team has no choices left at QB on the Waiver Wire. Your QB situation is dry and it looks like your season is coming to an end.

THIS IS THE STRATEGY FOR YOU

From the Fantasy Football Expert who brought you QB/K Combo. Sink Your Battleship. Plan B.EAST. TD’s A Make’em Dance. Brings you the strategy that will change the REST OF YOUR SEASON. You can mark my words that this strategy will work. This strategy is the strategy that brings you back into the Hunt. This is your ticket to the Championship. 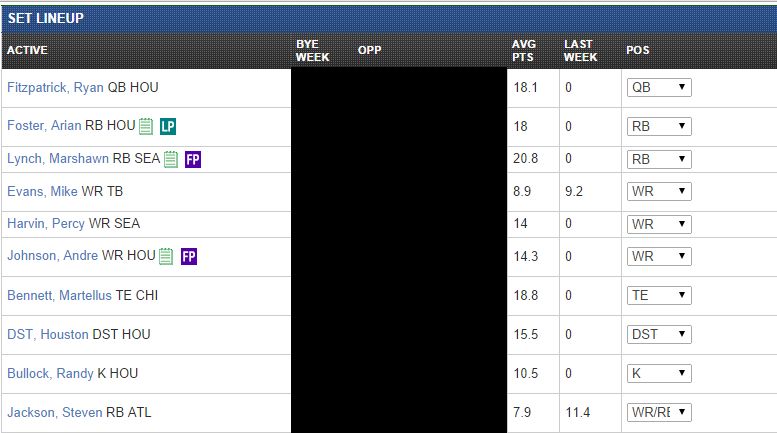 This strategy is for the Bold and for the team that wants to win it all. The reason this strategy works is simple. 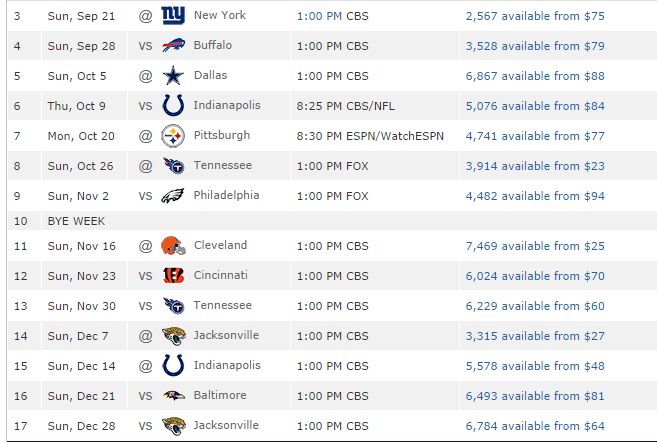 Not a game on that schedule outside of the Bengals is one that scares me.

If you are afraid of Ryan Fitzpatrick and his low pass attempt numbers this season, the Texans have already said that will change. They need to keep Arian fresh, and by having Fitzpatrick you won’t be upset when the Texans don’t run the Football. This preseason I have been making the comparison of Ryan Fitzpatrick to Rich Gannon. People in Sportsbooks say I am crazy, but they are the ones who are not realizing a key piece.

Ryan Fitzpatrick has never wored with a good WR in his prime outside of Stevie Johnson. He had Lee Evans at the end of his career before he retired, and featured WRs that came and left quicker than you can remember their names. Now Fitzpatrick has Andre Johnson and DeAndre Hopkins who are both easy 1,000+ Yard WRs if the ball came their way consistently. Stevie Johnson went three straight seasons of 1,000 Yards with Fitzpatrick, and last season with Fitzpatrick on the Titans. The streak came to an end.

Best part about this strategy. Week 10 is the BYE week for the Texans. By then we should have RGIII (BYE Week 10) back for a couple of games, and we will be able to examine if he is ready to be a BEAST moving forward with the ankle injury. If not, you can ride with Fitzpatrick the entire way through.

Watch this video and enjoy the rest of your season as a Texans Fan.