People have been concerned about lacking in other positions, so I did a couple of mock drafts with the CHEAT SHEET WIZARD by FantasyPros.  I recommend running their free trial so you can see how great it is, from there you decide if you want a huge advantage in your draft for $12.99.

Check out the BEAST DOME FANTASY FOOTBALL DRAFT GUIDE which is FREE to get you ready for this football season. 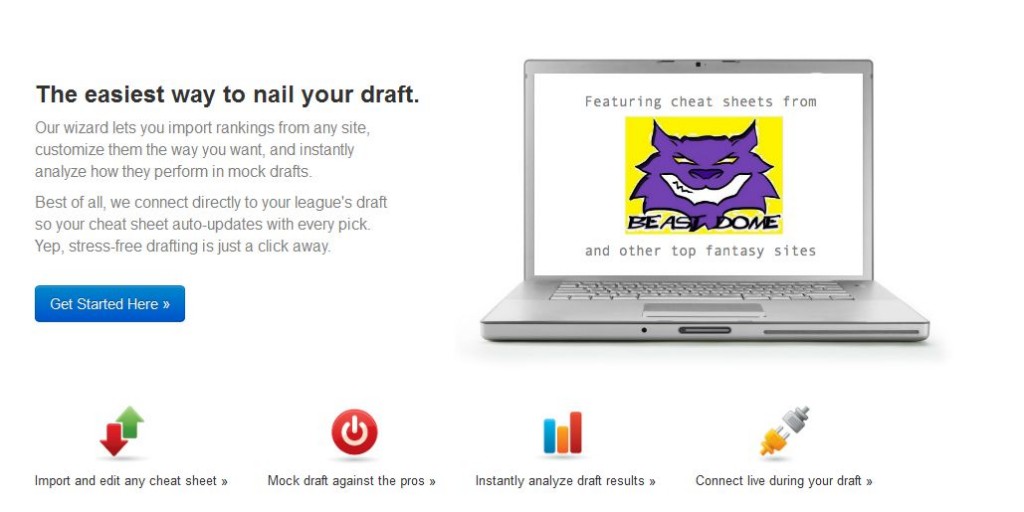 EACH LEAGUE IS A STANDARD 12 Team Draft With a Flex Position.

MATCHUP BASED ON PREDICTED AVERAGES:

What I could have done better for both drafts:

Team 1, I should have made it a point to get Stephen Gostkowski with Tom Brady.  If the Patriots do not score a TD, and Gostkowski makes a FG.  I essentially get a free TD.  I did not go with a combo of any Patriot WR’s, because the Patriots are simply too deep. If you own Brady, you essentially own all the Patriots options.

Team 2, if I go into my draft game plan knowing that I will be targeting Matt Ryan, I should have drafted Julio Jones and Roddy White in round 2 & 3.  Another mock draft on that team coming out later in the week.

Muntradamus is a Fantasy Sports Expert who specializes in Fantasy Football/Baseball/Basketball. He is currently in his first season as a Pro on FantasyPros where he is the only expert to have Adam Dunn, Mike Aviles, and Wilin Rosario in his top 20 at each position. Muntradamus not only leads many to championships with his great advice, and outlooks into the future. He is also consistently on the top of leaderboards in DraftStreet. In August he will compete in a $200K MLB tournament that he qualified for, he has won two spots.