Before we get into this article, two players will be posted in the BEAST DOME Hall of Fame. 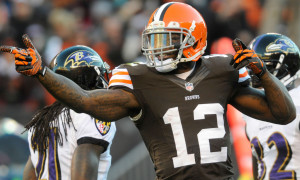 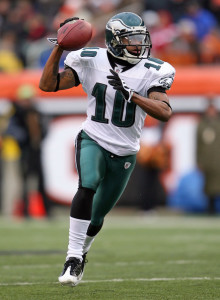 When the BEAST DOME Fantasy Football Season started on July 17th, right around the MLB All-Star Break.  I was ready to make my first batch of WR Rankings.  I automatically left Josh Gordon off the list.  I knew the chances of Josh Gordon playing in the NFL this season was not likely at all.  My thought process was telling me if the NFL allows Josh Gordon to play this season and not be suspended all 16 games for violating the substance abuse policy, then anyone can get away with anything.

About a week later on July 24th the NFL came out with their Ray Rice suspension plan.  Here is the video of Ray Rice carrying his unconsious girl friend that he knocked out.

I don’t care how much weed Josh Gordon smoked.  Nothing is as bad as Ray Rice knocking out his fiancee, and carrying her around a Las Vegas Hotel like a Rag doll.  The NFL should be ashamed of themselves if they suspend Josh Gordon for more than two games.  I know the drug rules are the drug rules of the NFL, but this Ray Rice situation makes Ray Rice a horrible representation of the NFL.  Which is why these players are getting fined and suspended in the first place.  Josh Gordon is not beating a women and carrying her around a hotel.

The fact it is taking the NFL so long to determine the suspension on Josh Gordon, it is time to assume that this suspension is nothing more than a slap on the wrist.

IN THIS VIDEO NOTICE JOSH GORDON AS A PERSON

Josh is a humble intelluctual man.  This is not a stoner who is a mess and does not have his life together.

Josh Gordon has tested negative for 70% of his Drug Tests since entering the league in 2012.  The most recent case appears to be a contact high which could/should possibly reduce the suspension.  That is what we are currently waiting for as the appeal process is going on.

The fact the NFL is taking so long to make their final decision after Josh Gordon and his party appealed, the reality is the NFL may not have enough evidence to suspend Josh Gordon indefinitely.  Josh Gordon is the type of BEAST who is going in the 10th Round of Fantasy Football Drafts.

Look at it this way.  You have the chance to draft a WR who had 1600+ Yards in 14 games in 2013, after the 10th round in most leagues.  The Browns are a much better offense this season, and the addition of Miles Austin should propel the Browns to be a much better team.  Between Miles Austin and a proven star in Jordan Cameron, it will be impossible for defenses to double team Josh Gordon or any player on the field.

I’ll throw in one last VIP tip which should convince you to spend the $25 on a BEAST basic.  Miles Austin is a great late round WR to draft along with Josh Gordon.  If you miss out on Gordon, Miles Austin can be more than a serviceable #2 WR in Fantasy Football.