What a joke, Fantasy Football websites around the world all had Deshaun Watson pinned at a near zero percent chance he is playing in 2021. His court date is not set for 2022, which means he for sure is going to play because if he is guilty, then this would be the last moments of his NFL career, sitting out. That is throwing away a lot of money, how much you ask? Look for yourself. 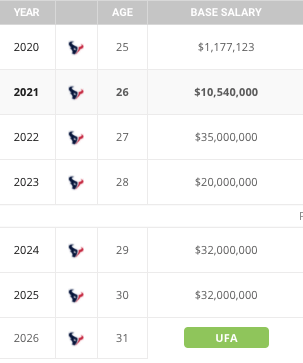 He goes undrafted in just about every standard draft, and goes in the very last rounds of Deep League (17+ Rounds) + Best Ball Drafts (17+ Rounds). I was able to snag him with ease as my “Highest Exposure” QB in all of those Drafts as my 3rd or 4th String QB. 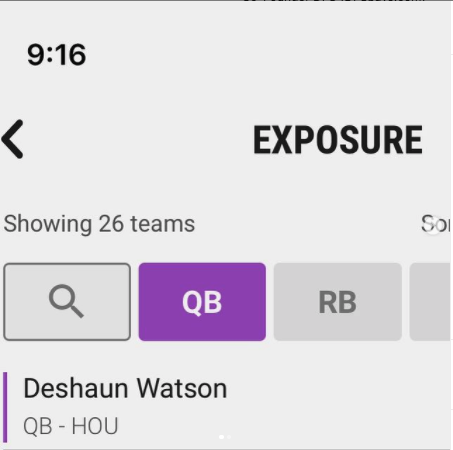 Let us deep dive into this situation for Deshaun Watson.

Watson is still in the prime of his career. He is not happy with the front office. What does he do? What any superstar would do in this new decade, demand a trade. 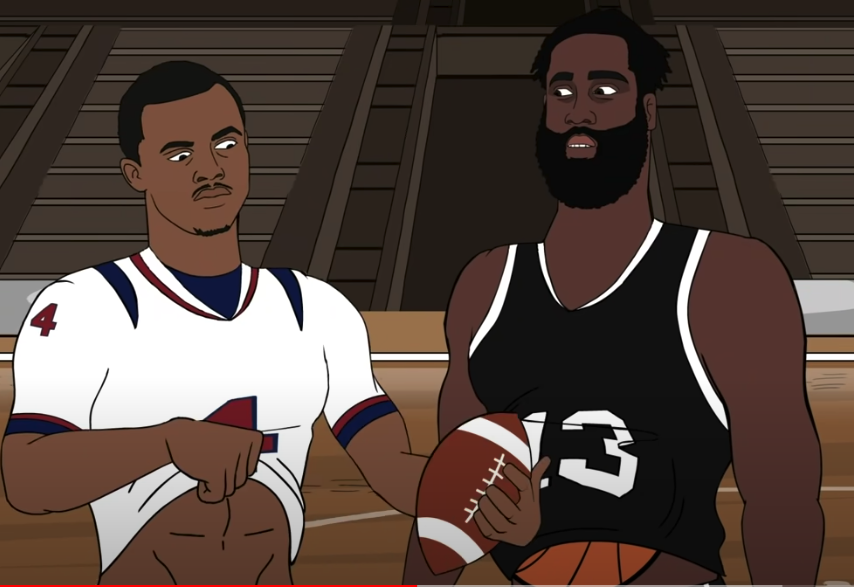 The lawyer representing the female massage experts aka masseuse’s, is friends with the Texans owner. The Texans do not want to trade away their Franchise QB. The Allegations started piling up.

Now that the season is starting, Deshaun Watson has reported to camp. Bam his draft stock is now back to being a low-end QB1/high-end QB2. The Texans are willing to trade him to get rid of him, and now the race is on to see where Deshaun Watson ends up. Every team that does not have a Franchise QB should make a push to get a superstar Franchise QB, even with the risk that this may be his last season if found guilty. Truth is, we forgave Mike Vick for his dog murdering. Pretty sure this is not as bad? Who knows these days. What we do know is that Deshaun Watson is a superstar Jamie Foxx aka Willie Beamen from, “Any Given Sunday.” If you have never seen that movie, watch it tonight easily my favorite movie of all time.

Now Deshaun Watson was never the BEAST DOME QB of 2021, he was just going so late how can I not grab him over a 4th string WR.

Being the BEAST DOME QB is a real honor, an honor that has brought amazing predictions year after year. Last year it was Rodgers (MVP) + Brady (40 TDs/SUPER BOWL WINNER) as your two QBs. While that duo may be the testament of time, or the 2013 season when we had Peyton Manning and his record-setting season of 55 TDs and 5400 Passing Yards, that really may be the testament of time. One of my favorite seasons for the BEAST DOME QB was 2016 that featured Matt Stafford & MVP Matt Ryan as the go-to-duo.

GRAB A BEAST DOME PACKAGE TO FIND OUT.