Carlos Hyde was a big part of the BEAST DOME Draft Strategy this year. A key grab in Round 4/5, sometimes even the 6th Round, I heard stories of a 7th Round. Out of thin air, he was traded to the Jaguars. To join a RB Machine that stars Leonard Fournette when he returns from the Bye after Week 9, as well as the comeback player of the year TJ Yeldon, and the ghost of Christmas Past Jamaal Charles.

Here is the good news for Hyde, he is on a winning Football team that will present more TD situations than the Browns.

Here is the bad news for Hyde, he will likely become a RB4 in all leagues with the upside of that surprise 2 TD Game. He is more or less Derrick Henry, but to be honest. I would rather own Derrick Henry. The only real hope for Hyde to retain RB3/RB2 fantasy value the rest of the season is if Fournette and that hamstring is really a serious issue and he misses more games after the bye. It very well could be the case, but if it is not, Hyde will see anywhere from 6-10 touches a game, while Fournette leads the way, and Yeldon plays a little on 3rd down and 2 Minute offense.

With that we lose a BEAST DOME legend, and with that our journey to the Championship has just begun. 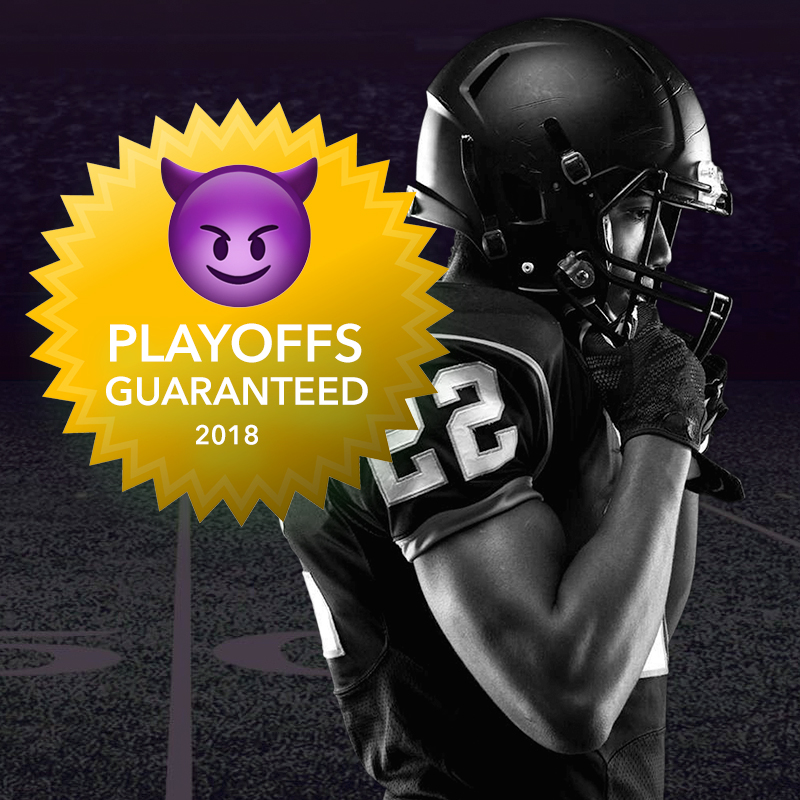 0-6 in a 12 team league is basically rebuild mode. Except I wasn’t playing in a keeper league. Instead of giving up. I turned to my VIP secret weapon. Muntradamus was there helping me supplement my solid team that was sputtering. Each week after that 6th loss became a playoff game. Muntradamus was there each week, helping me select my waiver claims, with not just an eye for that weeks crucial victory, but the coming week’s as well. This helped me beat the waiver claim rush for key players, sometimes 2-3 week’s before other so called experts began to spread the word. Articles such as TD’s a make them dance, Had me triple dipping with the Tampa Bay Crew. Also suggesting trades for players who were underperforming at the time. And most importantly claiming and trading players that the other experts were hyping as the next big thing in exchange for consistent proven producers, ie turning Felix Jones into Jason Witten.

One win, turned to two, which became three. Then my solid draft choices started performing like their drafted slots. Four wins in a row turned into five. My team went from laughing stock, to worrisome, to playoff spoiler, to threat for a playoff spot. By week 13, We had actually worked our way to a game over .500 and most importantly the last playoff spot. And I used the term we, because Muntra had basically become a co-owner. Reveling in each victory and working harder to help keep the streak alive. We won the first playoff game and put the streak at eight. At that point my team was feared. And thought of as the 2nd best team in the playoffs. Sadly the streak came to an end against the eventual champion, losing by 5. However we finished strong with another win to take 3rd place. After starting 0-6, i thought I was playing for pride, so the combination of winning 3rd place and the awe and envy of my competitors made this season almost as sweet as a championship run. I couldn’t have had such a strong finish without Muntradamus. The VIP service was worth every penny. I will not only be back for the VIP service for football next season. But I will be using it for the upcoming baseball season. There are many fantasy sites you can go to for generic regurgitated information, but if you want unique and fresh analysis with someone that buys into your team look no further. 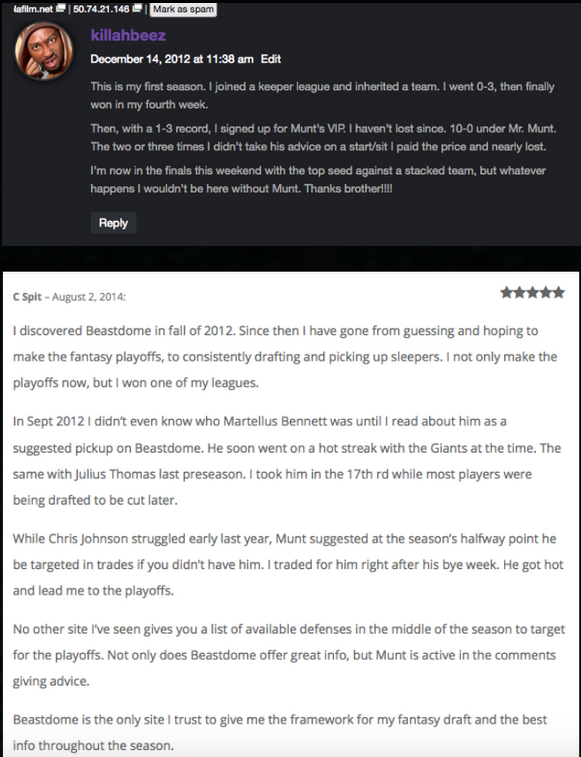