When I learned Adrian Peterson teamed up with Mark Ingram this off-season, the Draft Strategy was to take both of those RBs for all the BEAST PreSeason members. AP is a Hall of Fame Legend, Mark Ingram can still produce while splitting carries. After watching Alvin Kamara destroy 3rd String Cleveland Browns defenders, I did not think much of it, it was 3rd stringers.

Week 3 of the Preseason, Mark Ingram and AP split every single snap leaving Kamara on the sidelines. Ok, I thought to myself. AP still looks like a BEAST, Mark Ingram still doing his thing. The duo will be great.

Then Sean Payton started playing head games leaving both Mark Ingram and Adrian Peterson as nowhere near Top 10 Values. The other X-Factors of the Draft Strategy like Tom Brady/Rob Gronkowski carrying everyone. BEAST DOME was the only site to promote those two players as Draft Targets in the 1st Round/2 Round along with stud WRs like Stefon Diggs and Chris Hogan carrying all the slack.

Despite it all, I saw Adrian Peterson still had talent. Sean Payton was nothing more than an idiot swapping out AP all day. He would come into the game, get a carry for 1 yard, then goes right back to the bench. That is no way to manage a superstar RB and Sean Payton let a superstar RB slip right through his hands because he does not know how to coach.

EMAILED ALL THE PRESEASON 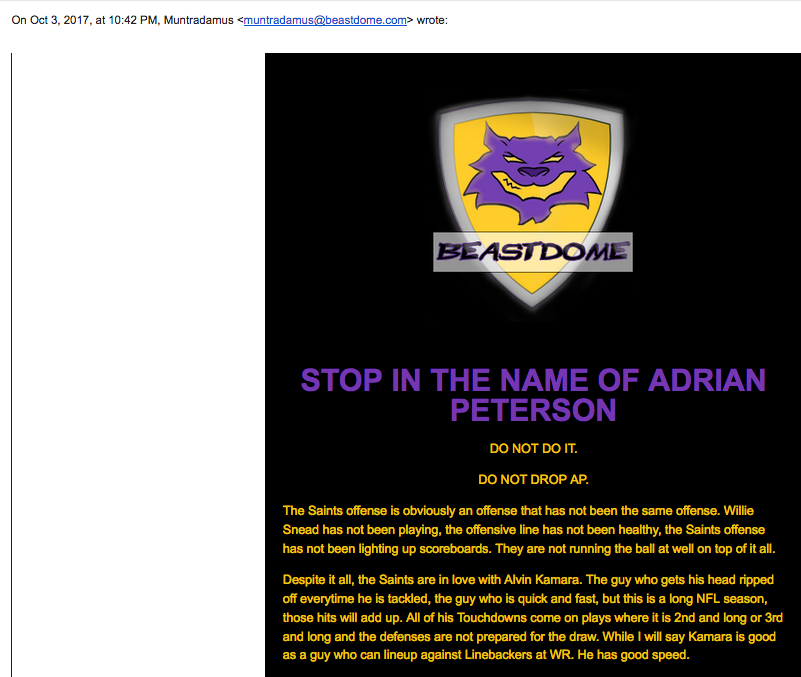 Rotoworld saying absolutely nothing pointed to a game like this?

Maybe if you are a sheep who only reads what mainstream media says and what other mainstream medias say while not actually watching his entire season as a whole. Then you can say absolutley nothing pointed to a game like this. I saw this game coming a Mile away. He was starting for everyone’s BEAST DOME squad this week in the Start/Sit for BEAST GM

PLAYED HIM ON ALL MY MAIN DFS TEAMS 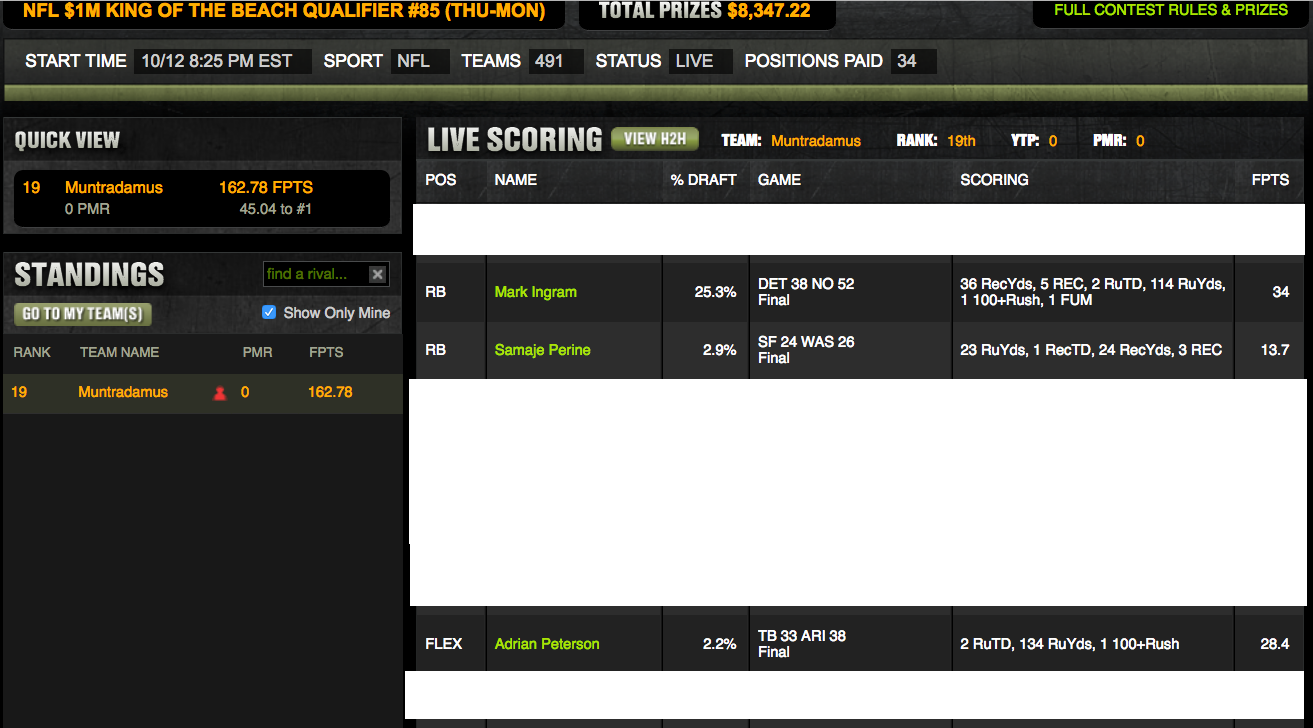 There is still a lot of Football Left. Daily Fantasy Football as well as Season Long Fantasy Football. I am still looking to BEAST each week and add to to my Back-2-Back Season Qualifying for the DraftKings Championship

You get my Rankings + Player by Player Predictions + DFS Teams + Game by Game Predictions + for $500. That is 13 more weeks of Fantasy Football Action that will make your Sundays that much more BEAST! Normal Price $100/Week.

Full 100% Refund if you do not make the Playoffs, or PRESEASON BEAST FREE.

Get me as your sidekick rest of this season and lets BEAST! discounted rate.

You get me the rest of this year + my BEAST DRAFT STRATEGY. 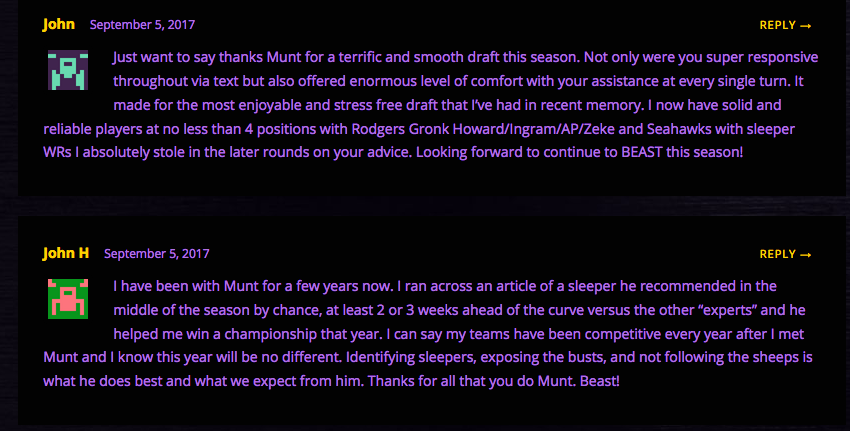 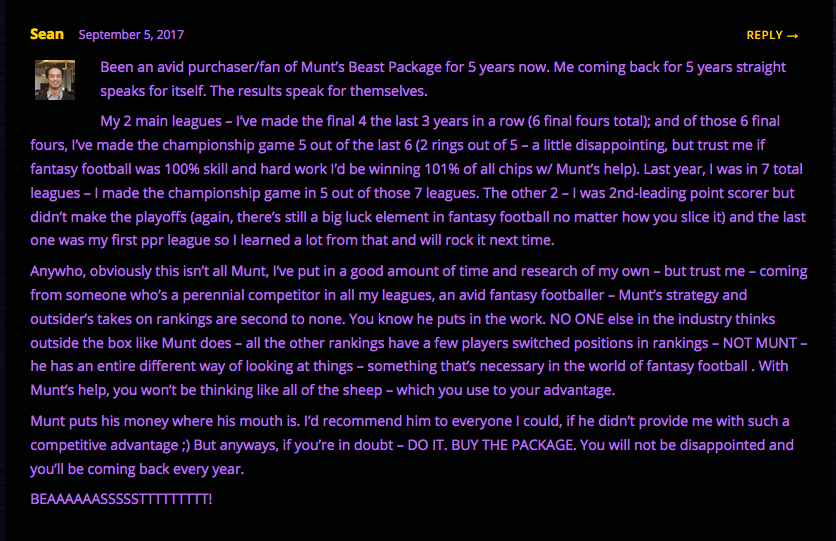