Before I get into the article, my thoughts on RGIII.

Tough week for RGIII Fantasy owners. The Redskins play calling by Gruden only allowed RGIII to throw the ball 23 times (16 complete) which is way too low. To give you some perspective, Aaron Rodgers who had his worst game in his career last week threw the ball 24 times in the first half. RGIII was very effecient and a couple of bombs to Desean Jackson showed us the vintage RGIII we all hoped to have.

For the most part the Redskins went into the game very conservative, and then when the TDs came RGIII got Peyton Manning’d and watched Young/Morris combine for 3 TDs. If you were to tell me the Redskins would score 27 Points and win, I would tell you to start RGIII no doubt. Next season RGIII will be drafted as a backup in Fantasy Football when the Eagles make a move for him in the offseason after he just ended their 2014 campaign last night. 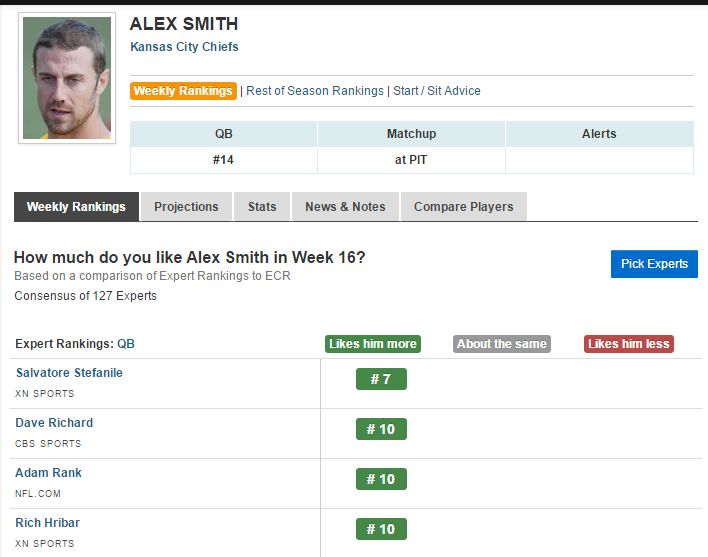 If Alex Smith goes for over 200 yards/1 TD consider that a HUGE week. 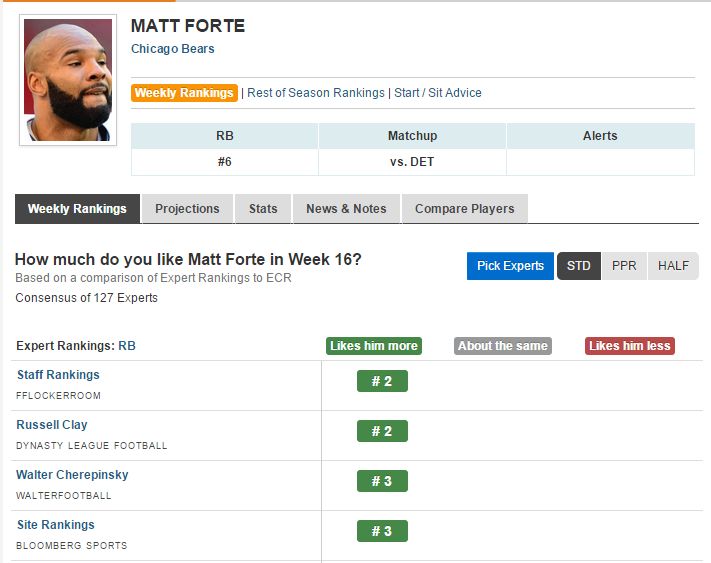 Very hard to trust Matt Forte this week in Fantasy Football. The fact that he was only able to rush for 6 yards on 5 carries on Thanksgiving against Detroit is enough of a red flag to make him an automatic BUST. Of course if you own Matt Forte and you are this deep in the season, you have to play him. In DAILY FANTASY FOOTBALL, he is an obvious avoid as Jimmy Clausen posses no threat for the Lions Secondary. They will stack the box to another level. 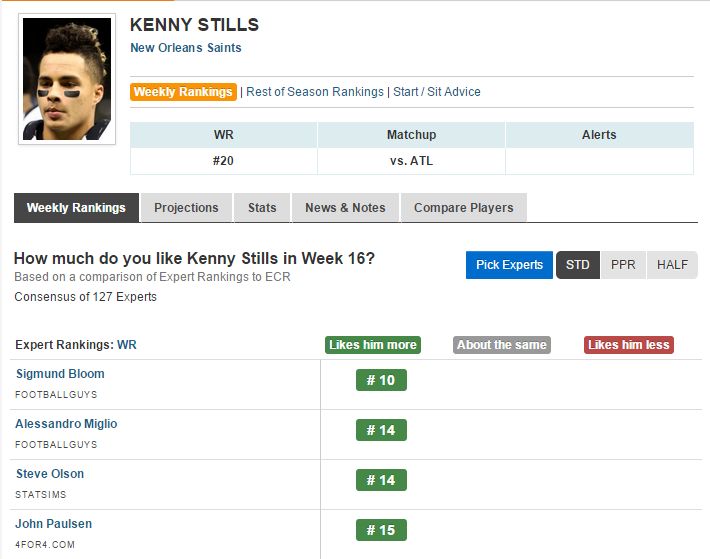 Those who are still riding on the Kenny Stills train missed their stop two weeks ago. With Jimmy Graham getting back into the swing of things after the should injury along with the emergence of Pierre Thomas in the passing game. As well as Robert Meachem now healthy and Nick Toon being more involved. Time to realize that Kenny Stills is nothing more than a HR deep ball WR. While he may get the TD because the matchup is good on paper against the Falcons, to start a WR who may only see 5 targets in the Championship is too risky for my blood. Marques Colston has regained his #1 WR role after Jimmy Graham.