HUNTING FOR A BUST (Week 5) 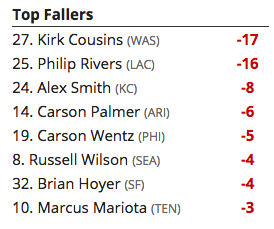 *Made a last second edit to a player that was on this list, moved up due to an injury on the defense. Still a rough week as Abdullah/Lamar Miller had big games. JacQuizz easily outperformed my ranking for him, and even though Cook did not put up a complete game, he wins with the TD and the BEAST DOME NATION wishes him the best in recovery. 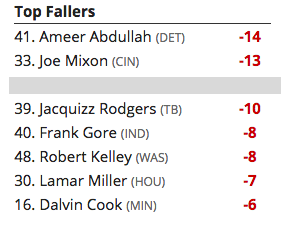 Terrelle Pryor 1 week to late has the big TD. That long TD on MNF was the only play that saved him. 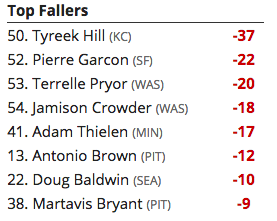 Hunt has had less than stellar Fantasy games nearly every single Week all the way until the 4th Quarter. Forget about a Thursday Night Football debut when he killed a Patriots Defense that had lost its way without Hightower.

In all of Hunt’s 4 games, his rushing yards have never surpassed 50 in the first half. In fact, never passed 40.

Kareem has a tough matchup on paper against a JJ Watt Run Defense that is starting to look better after getting spanked at home by Leonard Fournette Week 1. This week we can expect the Texans to come back to life on Primetime TV. Home Game, JJ Watt national spotlight, he can control that Line by himself. Kareem Hunt has been getting his production from consistently grinding 5+ yards at a time before breaking loose late in the game. I do not see the Texans crumbling as the game goes on, JJ Watt’s unit only getting stronger.

Kareem Hunt will not have that 4th Quarter surge to save his week, you are a sheep if you rank him like a Top 10 RB this week, BUST.

Everyone in life has a choice in the path that they take in life. You can either ignore a path, or accept the path. You are being presented with an opportunity to take the path of Rankings + Predictions for Week 5. From the #1 Overall Expert at the QB position according to Fantasypros, Week 2 The #1 Overall Expert,12x DFS Championship Qualifier, last Qualified Week 3. If you do not want to take this path for a discounted price, that is your choice. I make these Rankings and Predictions to give my MVPs a distinct advantage.

If you do not want to take this path for a discounted price, that is your choice. 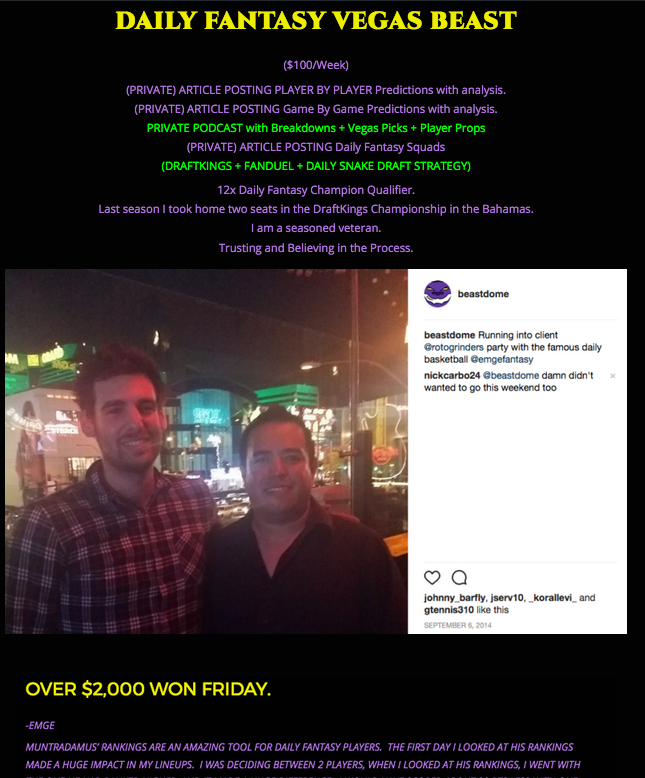