FANTASY FOOTBALL BUST OF THE WEEK (5)

I get it, Tyreek Hill in this Chiefs offense is working. They are no longer just throwing bubble screens and the occasional WR reverse, the Chiefs are getting extra creative with his touches and he is become a safe High-End WR2.

Why not give him WR1 status he is averaging 20+ a game? Says the average sheep.

The reason why is because year after year, he blows up and plays like a WR1 maybe the best WR for 1 or 2 Weeks, then quickly plays like a WR3 or WR4. Hill went over 100+ Yards last year only 4 times. That is 25% of the time he is getting you true BEAST WR1 numbers, not TD dependent. So far this season, only 1/4 attempts, 25% Hill has over 100 Yards in a game. That number is likely going to go 1/5 as he takes on a Jaguars Defense that is still the best in the NFL.

TYREEK HILL BUST OF THE WEEK

Who will be guarding Hill? Probably Jalen Ramsey and he will have some sort of safety protection, likely Gipson watching him deep. That is the hardest thing in the NFL to do, have a productive game when those two are watching you. When you throw in horrible weather with rain and wind, now how is Hill going to get his numbers?

While Hill is special and can take any ball to the house, for him to do that this week would be beyond amazing, because these Jaguars tackle hard. Tyreek will have no space to do anything and is still being valued like a Top 10 WR not only on Daily Fantasy Sites, but also the Sheep Experts. 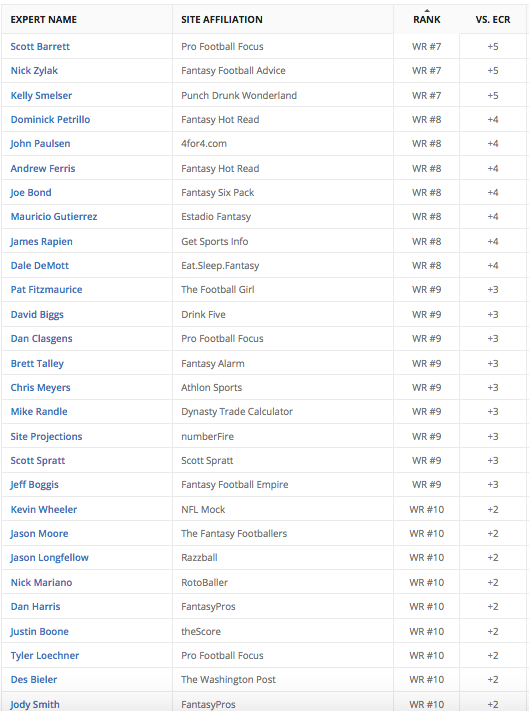 MY PREDICTION FOR TYREEK HILL