FANTASY FOOTBALL BUST OF THE WEEK (4)

Did you blow it?

Did you draft Jonathan Taylor with a 1st or early 2nd Round Pick because you did not have the BEAST DOME Draft Guide? 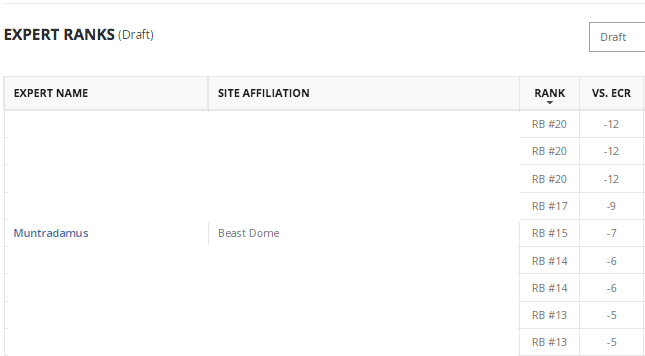 It is as clear as day that the Colts are going to be a bad offense in 2021. Carson Wentz is not looking great, the WR core is a bunch of below average weapons, and the offensive line is not nearly as dominant as they were a year ago due to injuries and a bunch of players playing at less than 100%.

Last season Jonathan Taylor would have been part of a RBBC but an early injury (1st half of Week 1) to Marlon Mack gave Taylor the chance to standout as a star. Early on in 2021 JT does not look like that same star and this offense has gone a step backwards with Wentz from Rivers. If the Colts offense is not moving the ball down the field well, Jonathan Taylor struggles as any RB would who has limited opportunities to get touches.

While all of the above is true, what really makes Jonathan Taylor a BUST is the fact the Colts like Nyheim Hines more if they are losing in a Football game. If Jonathan Taylor is at best splitting time when the offense is not producing, now would be a great time to sell high on JT as he still has some value. That value will not last forever especially after this Sunday.

The Dolphins defense is one of the most underrated groups in the NFL. While Peyton Barber just went off on this team, the Dolphins at home will likely step up to the plate in what is looking like a defensive battle in front of our eyes. Sure, Taylor will get all the work he can handle while this game remains close. However the second this Colts offense starts to stall out, insert Hines. If Hines is giving the offense some juice, he will stay in the game.

The Colts are going to need all the juice they can get to remain competitive.

GET ALL OF MY RANKINGS FOR WEEK 4!

Signup 2 New Accounts for BEAT THE BEAST (No Contest this week). GET MY RANKINGS FOR WEEK 4

*USERS MUST GO TO FANDUEL.com/BEASTDOME Signup with Referral Code BEASTDOME Deposit $5* + PLAY IN A $5 Contest.