Did you not Draft your Fantasy Football Team with BEAST DOME this season?

You can do the offer below and I will analyze your team, give you a grade. Plus Start/Sit Week 1 + All Season Long Props Free! E-Mail [email protected] with questions and more details. 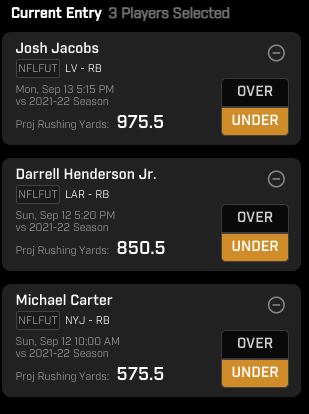 PROMO BEAST (When you signup)
DEPOSIT $20

Then E-Mail [email protected] to get Grade + Season Long Props.

When you draft a WR in the first 8 Rounds of a Fantasy Football Draft, it is important you draft a player you can depend on. While DeVonta Smith did win the Heisman, and his speed is second to none. He is on a team that has a lot of options, and out of those options, he will find a lot of inconsistency.

The Eagles are a run first team, but when they throw Jalen Hurts will look for his TEs in Dallas Goedert and Zach Ertz. Those guys are reliable and the defense leaves them open in order to avoid DeVonta Smith doing what he will do best, catching deep bombs.

Sure DeVonta is talented, but this Eagles team is not a team that is going to try to win games with shootouts. If you drafted DeVonta Smith, you wasted a high draft pick on an inconsistent player.

GET THE BEAST DOME DRAFT GUIDE!